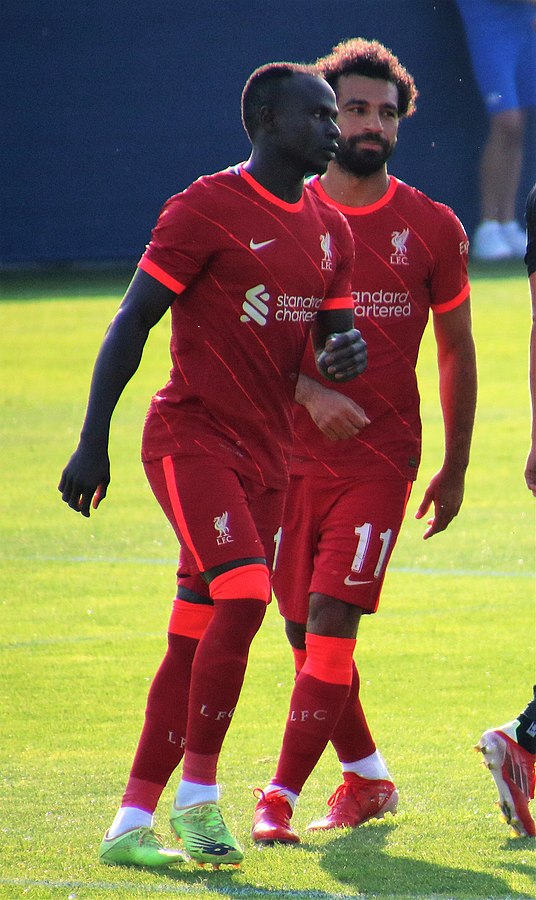 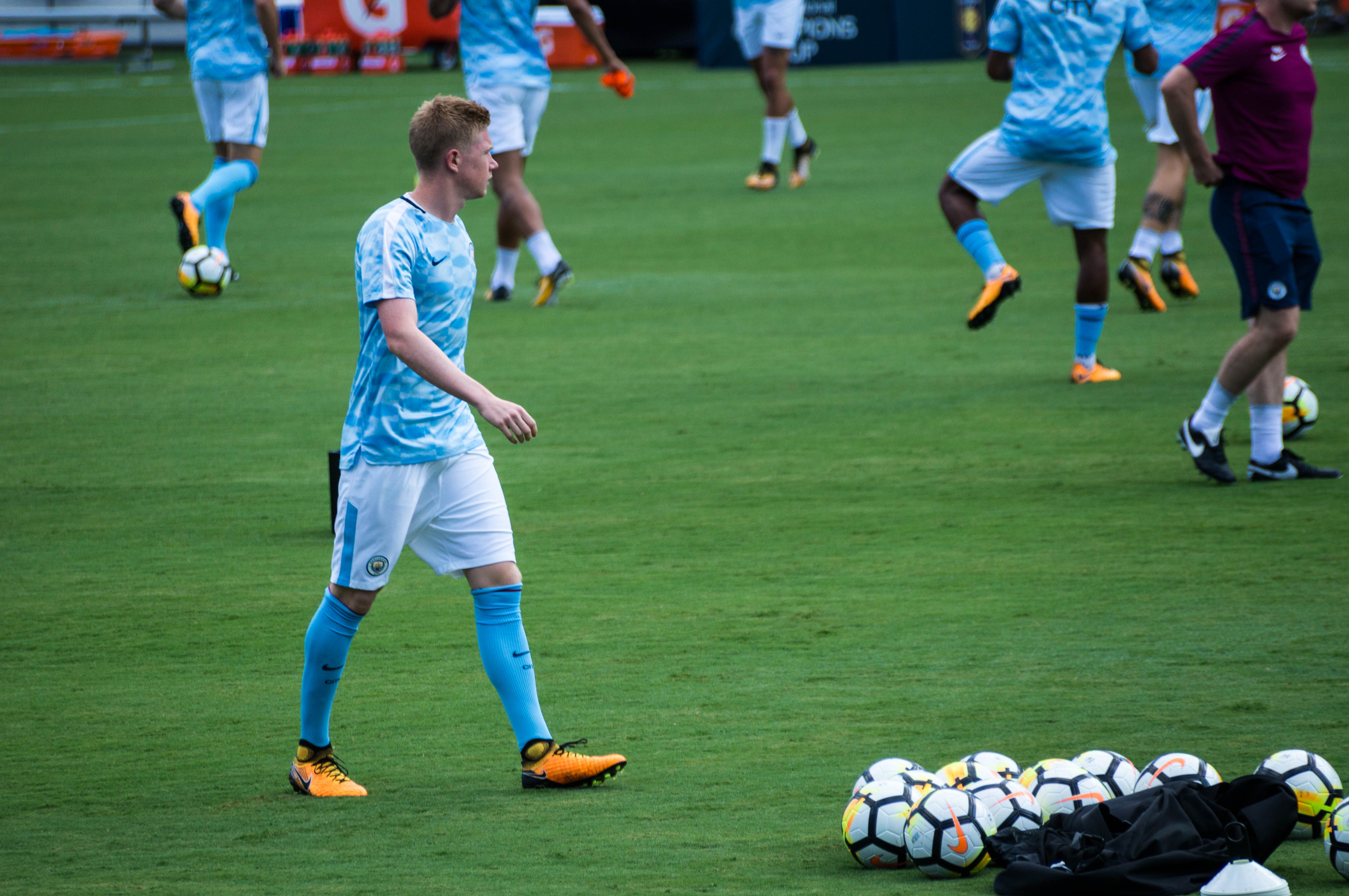 Kevin de Bruyne provided one goal and one assist in City’s victory over Real. (credit: Courtesy of Brad Tutterow via flickr)

The match between Liverpool and Villareal went pretty much as one would have expected.

Time and time again in the first half, it looked like Liverpool would open the scoring, and time and time again, Villareal held strong. Luis Díaz’s shot from outside the box in the 14th minute was batted away by Gerónimo Rulli, Mo Salah’s 27th minute effort curled over the crossbar, and yet another shot by Díaz shot outside the box was parried away by Rulli in the 31st minute. A 33rd minute effort by Mané was deflected wide of the goal, a 35th minute cross by Trent Alexander-Arnold was blazed over the crossbar by Salah, and Thiago’s 42nd minute long shot was denied by the woodwork.

The teams headed for the locker rooms at halftime with the scoreboard still reading 0-0.

The second half looked like it would be a repeat of the first when a corner fell to Fabinho in the 50th minute, and he put it past Rulli only to find the goal ruled out for offside. A subsequent effort by Díaz early in the 53rd minute fell straight into the arms of Rulli. This all changed just seconds later, when in the last seconds of the 53rd minute, a cross by Jordan Henderson deflected off the toe of Pervis Estupiñán. Rulli was caught off his line, and in an ironic turn of events, Villareal opened the scoring for Liverpool. Liverpool quickly followed it up, with Salah feeding the ball to Mané in the box, who slotted it past Rulli to make it 2-0 to the hosts.

It looked like Liverpool would have a third in the 64th minute when a long cross by Alexander-Arnold found Robertson in the box, whose volley hit the back of the net. But once again, the offside flag was up. A long shot from Virgil van Dijk in the 68th minute was beaten away by Rulli. Boulaye Dia looked to put Villareal on the scoreboard in the 87th minute, but his effort wouldn’t be enough. The match concluded 2-0 in favor of Liverpool, giving the Reds a comfortable lead heading into the second leg.

Having limited Villareal to just a single shot in the first leg and coming off of a win against Newcastle on the weekend, Liverpool looked strong heading into the second leg. Villareal should not be discounted, having pulled off upsets against Juventus in the round of 16 and Bayern Munich in the quarterfinals, but their 2-1 loss to Alavés on the weekend bodes poorly for the Spanish side. If Liverpool continues their dominance at El Madrigal, we will likely be seeing them in this year’s Champions League finals.
In contrast, the match between Manchester City and Real Madrid was a treat to behold from beginning to end.

The scoring opened in the second minute when Riyad Mahrez dribbled past four defenders and chipped the ball into the box to Kevin De Bruyne, who sprinted past Federico Valverde and Dani Carvajal to head the ball past Thibaut Courtois. This made it 1-0 for the home side with less than two minutes on the clock. City didn’t stop there, however. In the 11th minute, a low cross by De Bruyne found its way to Gabriel Jesus, who fended off David Alaba and turned the ball into the back of the net.

It looked like it would be three to the hosts when a missed clearance by Alaba and a poor clearance by Benjamin Mendy in the 26th minute gifted the ball to Bernardo Silva in midfield. Silva played it long into the box to Mahrez, who drilled it into the side netting, missing a completely open Phil Foden and making Pep Guardiola fume on the sidelines. Real Madrid weren’t out of the woods, though, and minutes later, Mahrez placed a phenomenal pass down the right wing to Jesus, who passed it in to De Bruyne in the middle. De Bruyne played a fantastic pass into Foden’s well-timed run down the left wing. Foden’s shot went past Carvajal and Courtois, but also went past the net, having gone wide across the face of the goal.

In the 30th minute, it finally looked like Real Madrid would strike back. A Real corner fell to Karim Benzema, who crossed it into the box to Alaba, whose header fell just wide of the Manchester City goal. The visitors continued the pressure, however. A challenge by Oleksandr Zinchenko took the ball off Benzema, but Luka Modrić put in a fantastic effort to chase the ball down and keep Real in possession. Modrić slid past Mahrez to pass to Mendy, who chipped a cross into an awaiting Benzema. Zinchenko couldn’t get the ball off Benzema this time, and the Frenchman’s volley rocketed past Ederson into the back of the net to bring the visitors within one of equalizing with 33 minutes on the clock.

A 34th minute effort by Rodrygo looked rather promising, but Ederson was ready and beat it away. The teams headed for the locker room at halftime with the scoreboard reading 2-1 in Manchester City’s favor.

It didn’t take long after the start of the second half for things to heat up again. A pass by Mahrez found its way past Mendy to Fernandinho, who crossed it into the box to a wide-open Foden. Foden headed it low into the corner of Courtois’s net to make it 3-1 to City with 53 minutes on the clock. Real quickly struck back. Mendy passed to Vinícius Júnior down the left wing, who turned it past Fernadinho in midfield and made a run down the wing into the box. Neither Aymeric Laporte nor Rúben Dias could match Vinícius Júnior’s pace, and the Brazilian executed a clinical finish in the 55th minute to bring the visitors within one of equalizing once again.

City nearly found their fourth goal when Zinchenko found Laporte in the box in the 67th minute. Laporte fired a shot on goal but found Courtois in the right place to make the save. In the 74th minute, Zinchenko lost the ball just outside the Real box, but Bernardo Silva picked it up and dribbled past Toni Kroos and Carvajal to curl a shot into the top corner of the Real Madrid net with Courtois still rooted to his spot.

With the score reading 4-2 in their favor, it looked like City had a comfortable margin going into the second leg. Mahrez nearly made it five to the hosts with a 76th minute run inside the box that ended with the shot going wide across the face of the goal. Laporte got above Benzema in the box to clear an 80th minute free kick by Kroos, but the ball came off his head onto his extended arm, resulting in a handball call and a penalty being given to the visitors. Benzema, who missed two penalties against Osasuna a week ago, was not about to miss another, and put a coolly-taken Panenka into the back of the goal to make the final scoreline 4-3.

Despite taking the win at the Etihad, Manchester City are by no means safe. City were the better team in the first leg, but were unable to maintain a two-goal lead heading into the second leg. Real Madrid did well to rally back from their initial messiness and will need to tighten up their midfield for the second leg if they want to beat City by two goals or more. City will likely still be without Kyle Walker for the second leg, but from their performance in the first leg and their strong 4-0 win over Leeds on the weekend, Pep Guardiola’s side will certainly be something to be reckoned with. Real Madrid should not be underestimated, though. A 4-0 win over Espanyol on Saturday, as well as their tenacity in the first leg, proves it. All in all, the second leg between Manchester City and Real Madrid will definitely be one to watch.