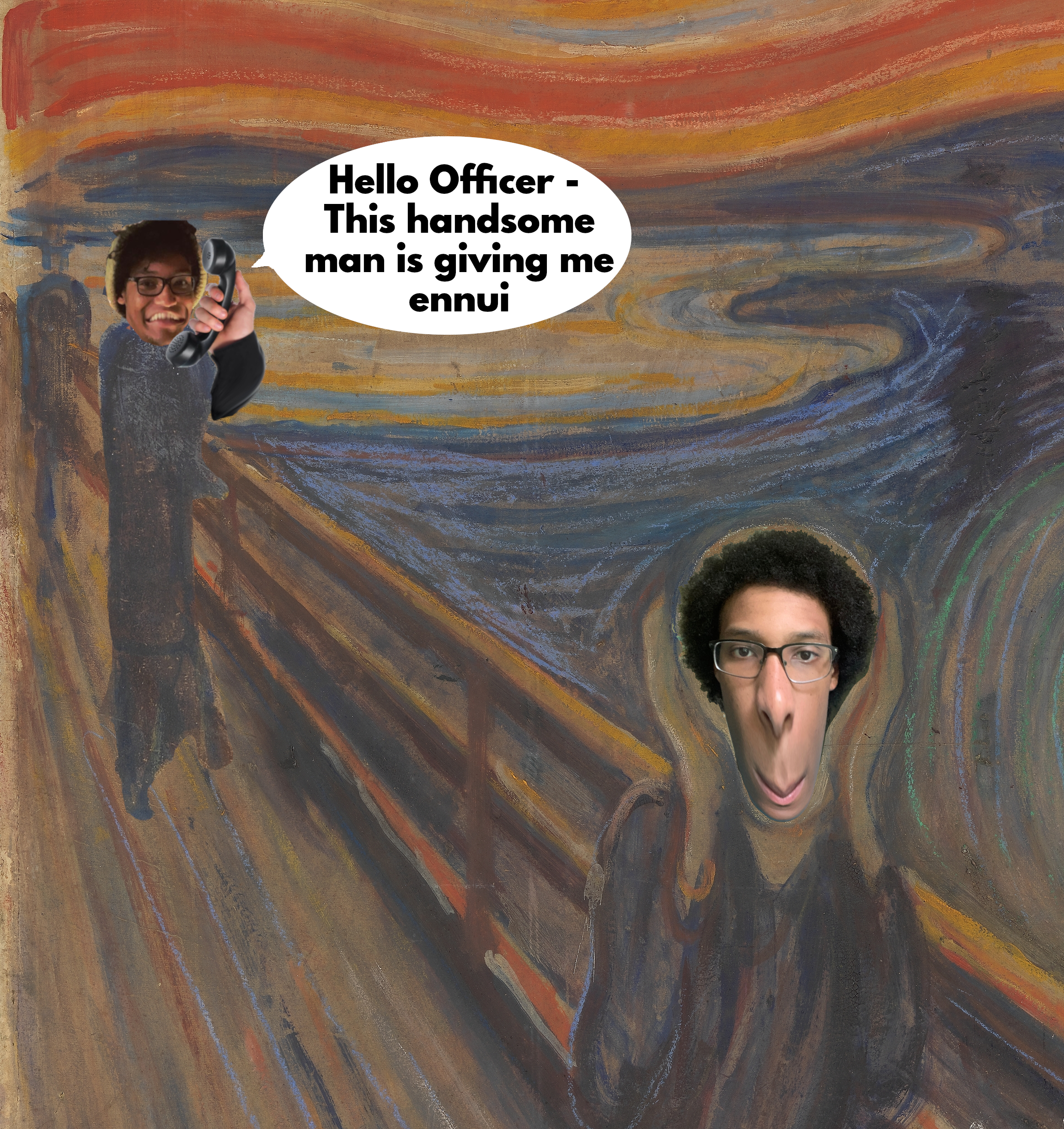 Description of Incident: At the end of March, during an uncharacteristically warm and clear day, a young man was spotted outside the Starbucks on the corner of F. Ave and S. C. St. According to eyewitness reports, he appeared “in over his head in debt,” “existentially shackled,” and “paranoid, in kind of a Slavic way.” Suspect was seen muttering to himself, manically pacing back and forth between the Starbucks and the Chipotle. Another eyewitness mentions they would have been more disconcerted if not for his “remarkable good looks, being taller than average, slender and trim, with beautiful dark eyes and dark blond hair”. The incident came to a head when, after what could only be seen as “tortured deliberation,” the young man strode into the Starbucks and struck his employer over the head with his two-week’s notice.

• Stay alert to your surroundings at all times.
• Do not accept the reality that is fed to you by your senses.
• Stay close to friends, but know they can become strangers.
• Do not approach suspicious persons, or people with suspicion.
• Use the CMU Shuttle & Escort system whenever possible.
• Report any scams, suspicious incidents, persons or vehicles immediately to CMU Police at 412-268-2323, or off campus to the Pittsburgh Police at 911, or to your nearest Russian author for an opportunity to be immortalized in a treatise on the collapse of the human psyche.