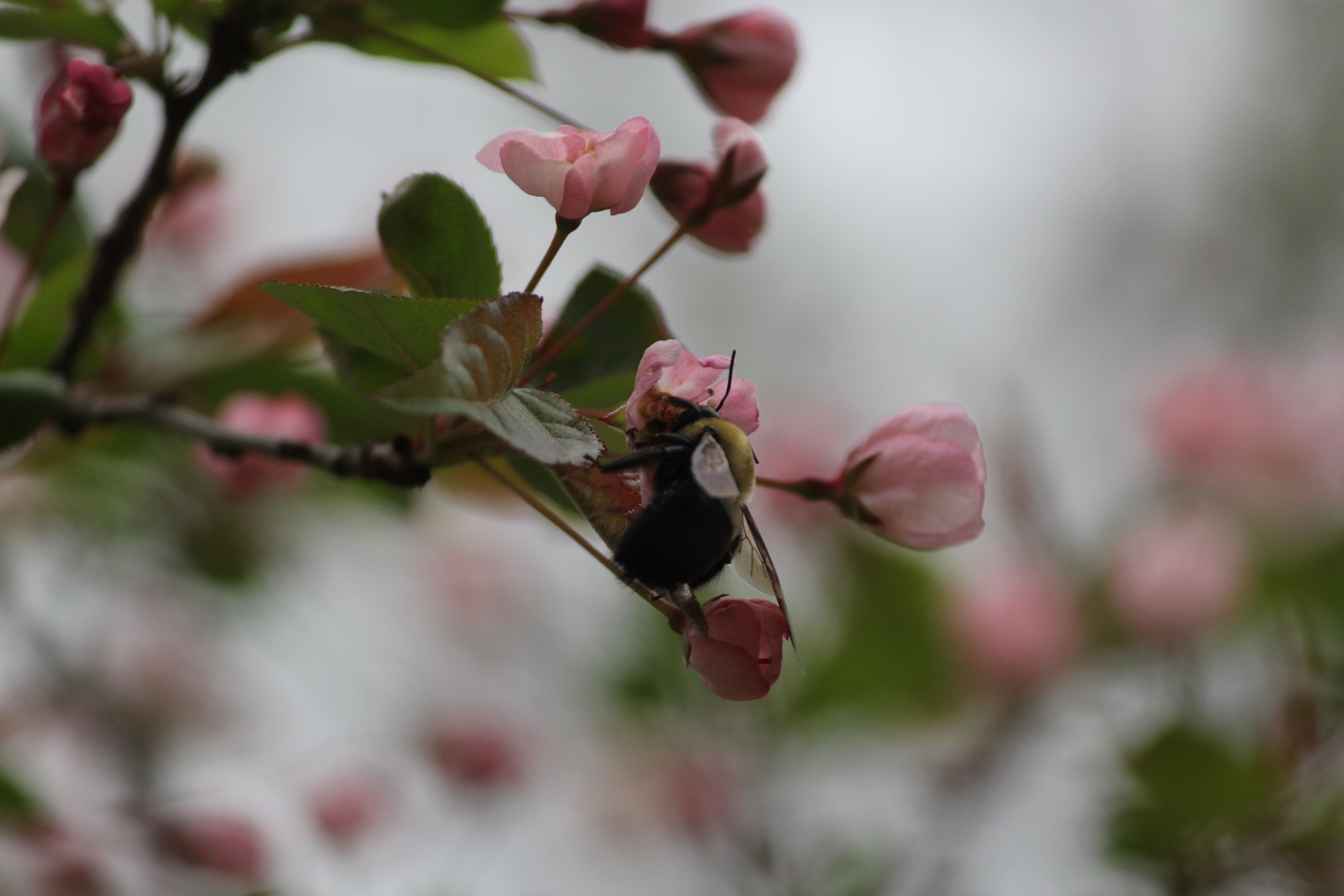 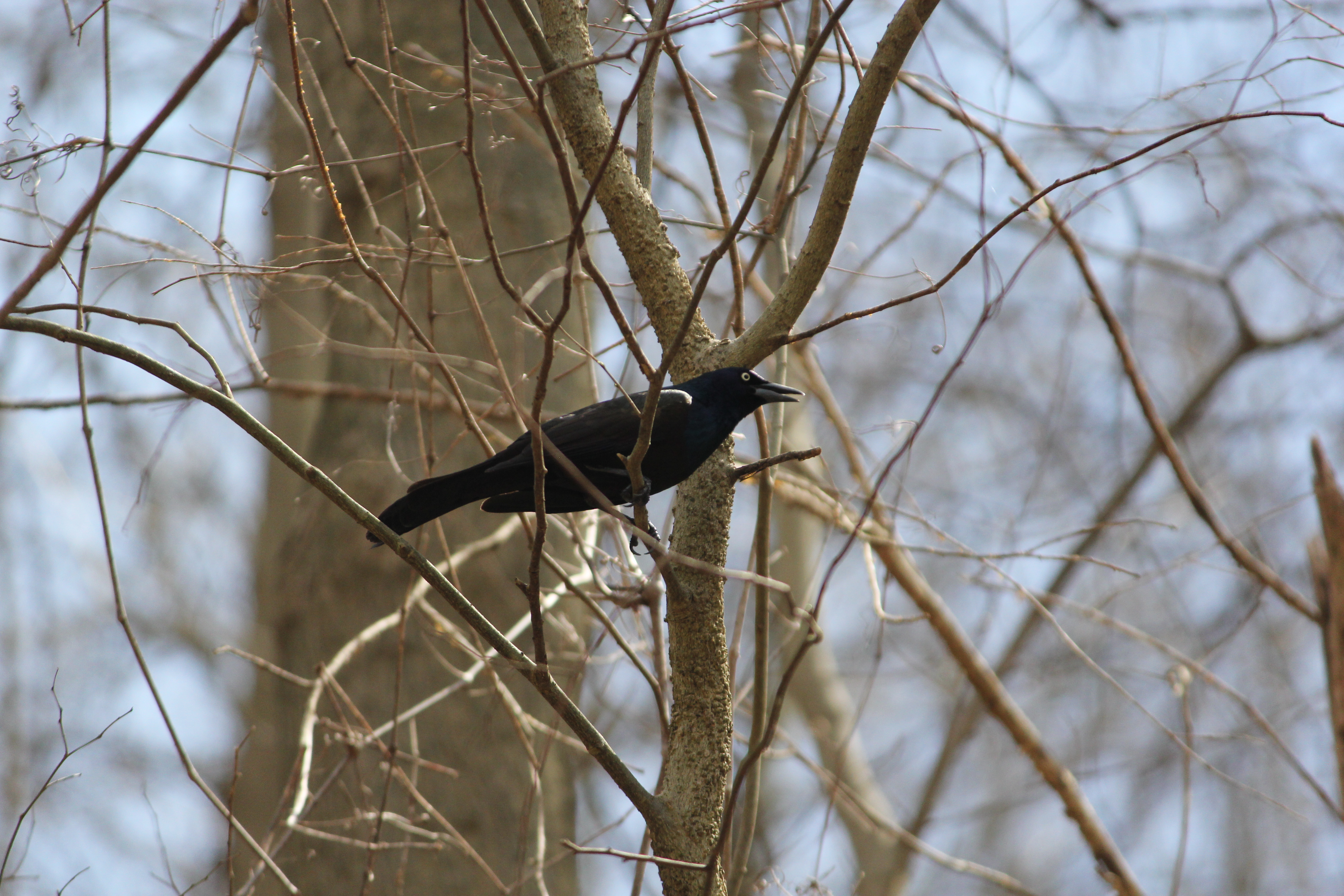 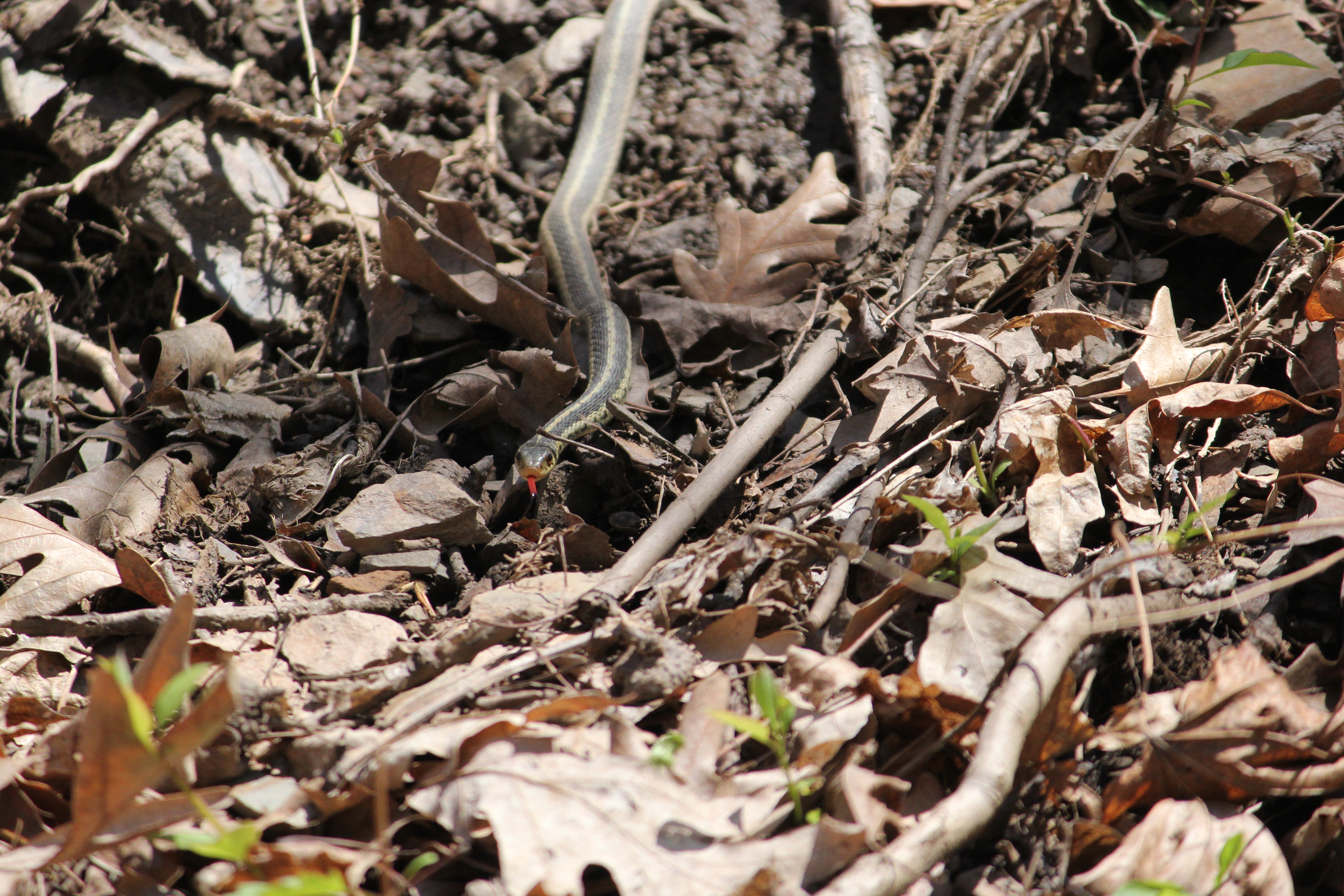 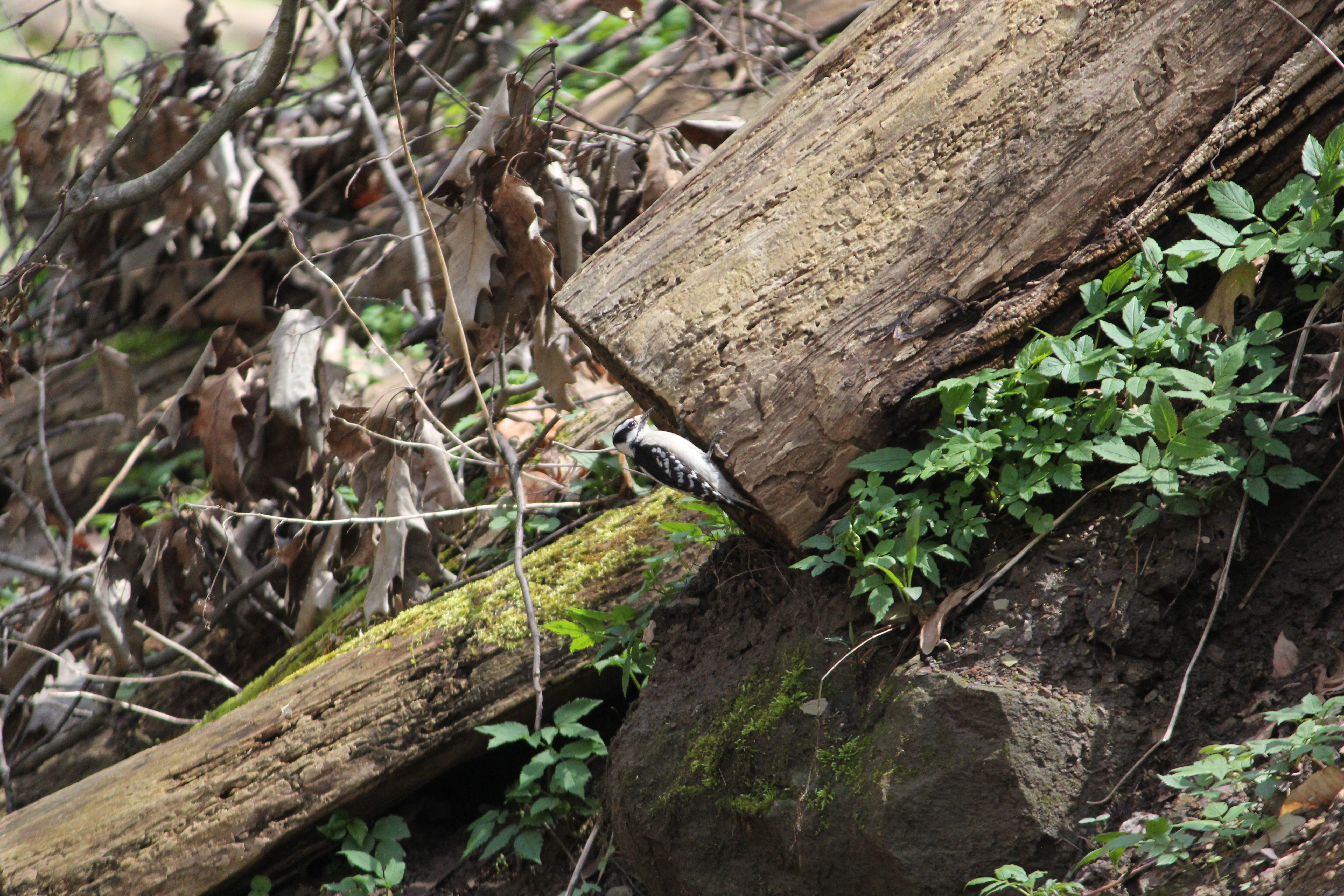 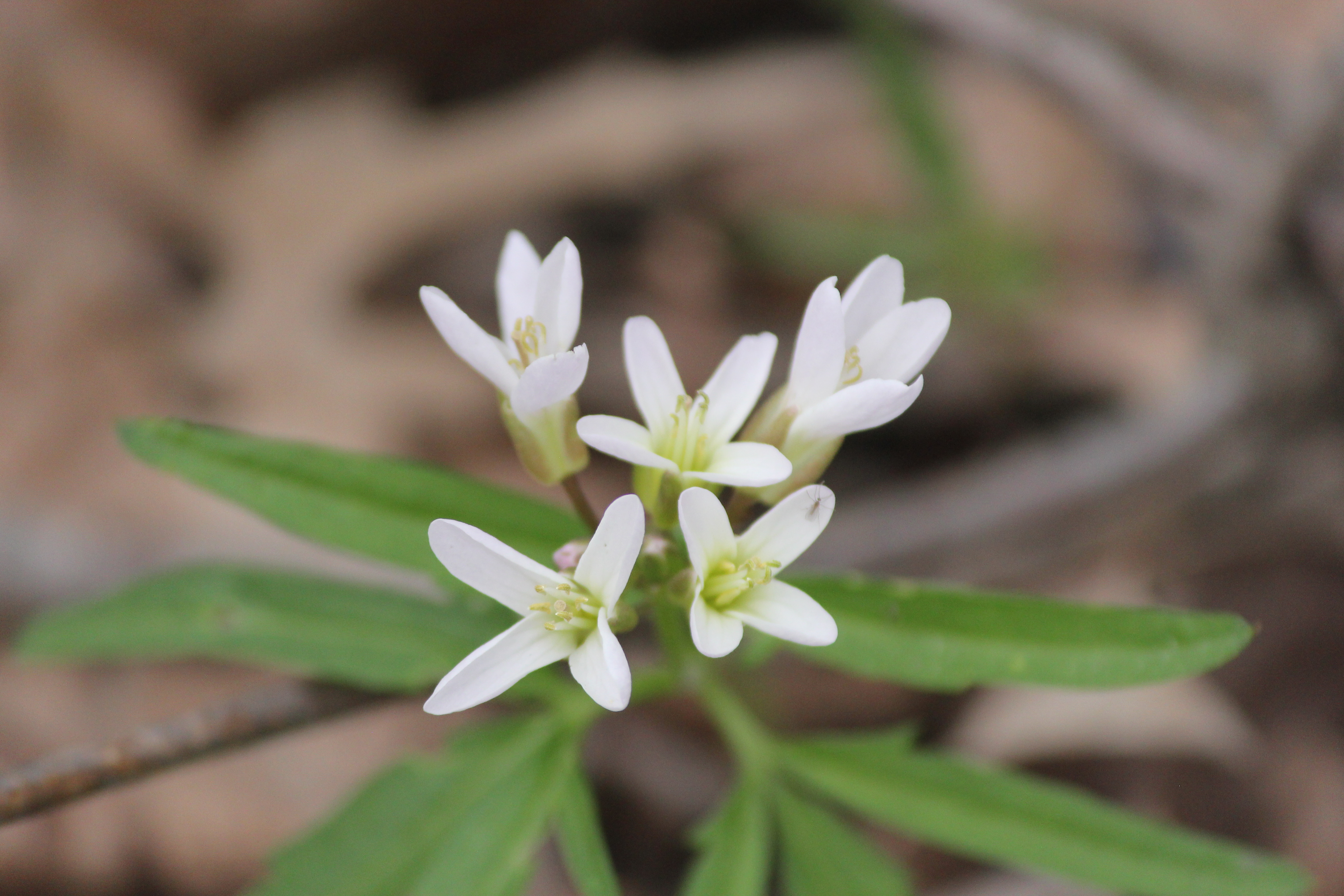 This article is part of an ongoing series that discusses wildlife in the Pittsburgh region. Specimens in the accompanying photos are identified by the author, which may include the use of identification tool “iNaturalist.” As such, species identifications may not always be 100 percent accurate.

The White M Hairstreak is a butterfly native to the United States and can be found mostly in states along the Atlantic coast to east Texas and as north as southeast Iowa. They are seen between March and October with peak sightings in April and September. Its wingspan is 32 to 42 millimeters. The White M Hairstreak can be found most in forests and woodlands. Oak trees serve as host to the species' larvae and adults feed on nectar from a variety of plants like dogwood, common milkweed, and sumac.

The Eastern Carpenter Bee is native to the United States and found in much of the eastern United States and into Canada. They nest in a variety of wood, hence the name Carpenter Bee. Their diet consists of pollen and nectar; they do not store food in the nest and instead partake in “nectar robbing.” They use their maxillae to reach the nectar stores of plants, which bypasses pollination.

The Eastern Carpenter Bee is similar in size to bumblebees, but they have a mostly black body that has a slightly metallic purple tint. Female carpenter bees sting, though they are unlikely to do so unless one is handling them; male carpenter bees do not have a stinger, but only hover outside the hive and guard the nest.

The Eastern Garter Snake, a subspecies of Garter Snake, is native to the United States. They live across eastern North America, from southern Ontario and Quebec to the Gulf of Mexico. They are mostly found from March to November, with a peak in April and May. The snake prefers grassy or shrubby fields but will settle in a variety of environments. Their diet mostly consists of toads, frogs, slugs, and worms, but they will consume anything they can overpower. They average between 18 to 26 inches in length and are brown, black, or greenish in color and feature a yellow or white stripe (which resembles a garter strap, hence the name). Though venomous, they are fangless and harmless to humans (except in rare reactions).

This plant is native to the United States and can be found across North America in March, April, and May. It is a perennial woodland wildflower that grows in rich woods, wooded bottomlands, limestone outcrops, and rocky banks and bluffs. “Cut-leaved” comes from the five-segmented leaves that have large “teeth” on the margins and “Toothwort” comes from the tooth-like appearance of its rhizome (a modified plant stem that sends roots and shoots from its nodes). The plant has white to pinkish flowers and the vegetative parts of the plant can be anywhere from 20 to 40 centimeters. The roots of Cut-leaved Toothwort can be washed, chopped, and ground in vinegar to be used as a horseradish substitute. Other names include crow’s toes, pepper root, or purple-flowered toothwort.

The Downy Woodpecker can be identified by its vocalizations, which includes a short “pik” call. It will give about a half-second between a series of four piks. It will also give a rattle-call, a short burst that sounds similar to a bouncing ball. Its drums (when it pecks into trees) are slower compared to that of other North American woodpecker species.

The Common Grackle is native to North America and currently “Near Threatened” globally; its population has reduced by about 50 percent since 1970. They can be found in most of North America east of the Rocky Mountains. Common Grackles have long and dark bills, pale yellow eyes, and a long tail. They have an iridescent appearance on their blue-tinted heads. Males are slightly larger than females, are more iridescent, and have longer tails.

Common Grackles nest in cavities or in man-made structures in colonies, which can be quite large. They will lay four to seven eggs in a clutch (a group of eggs laid in a single season). For winter, northern Common Grackles will migrate in flocks to the Southeastern United States (a group of grackles is called a “plague.”) Grackles are omnivorous — they eat insects, minnows, frogs, eggs, berries, seeds, grain, and sometimes small birds and mice. Grackles also partake in “anting,” a maintenance behavior that involves rubbing insects on their feathers and skin.