The gap: what the loss of a bridge really means 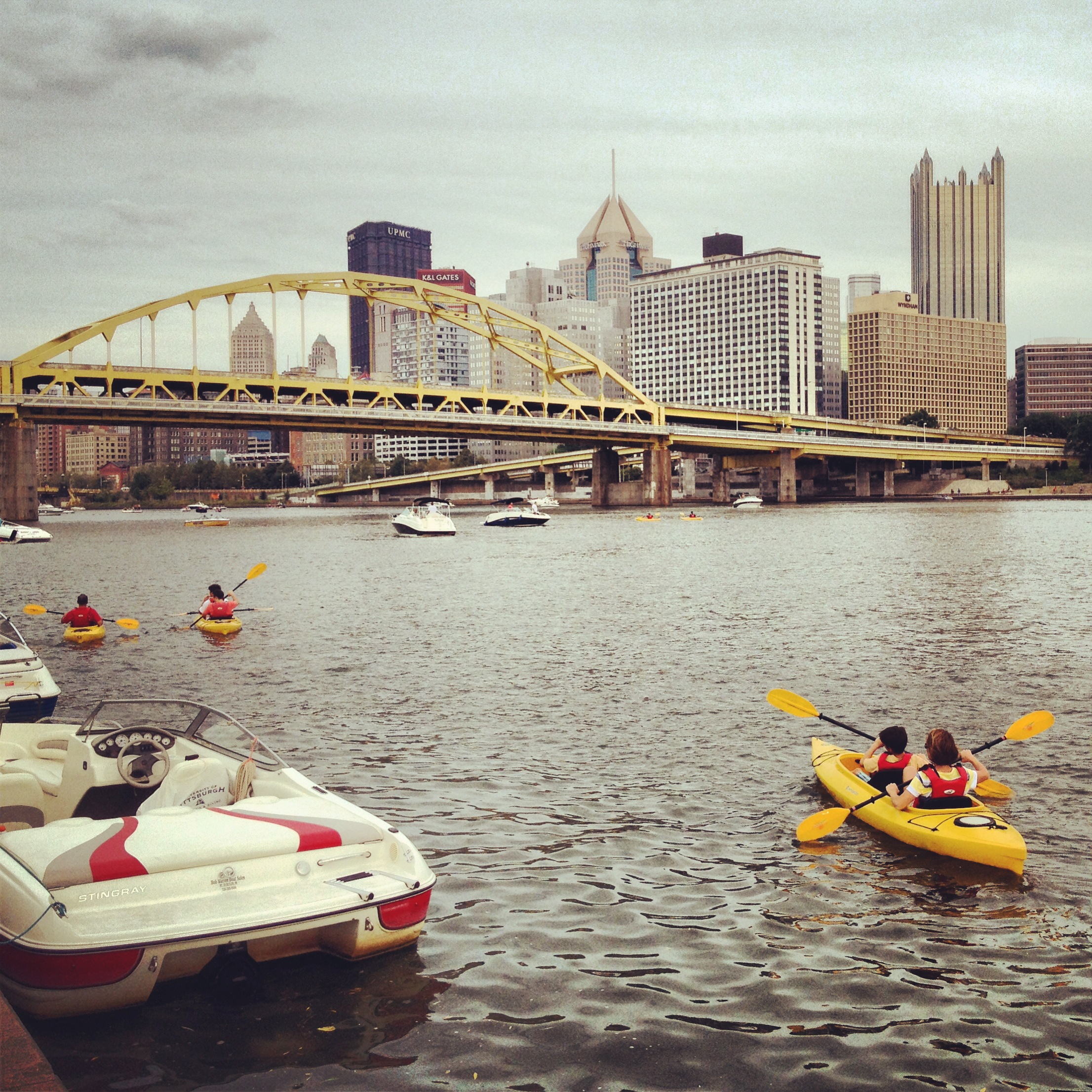 Credit: Courtesy of Photojunkie via Wikimedia Commons
Editorials featured in the Forum section are solely the opinions of their individual authors.

In recent years, the region of Pittsburgh that encapsulates much of Regent Square, Braddock, and Wilkinsburg has been renamed “the East End.” To me, it’s a euphemism: a way to compartmentalize an area of the city that people don’t want to have to think about. People in Pittsburgh love to do that — we come up with lots of names and nicknames and talk about how unique our various neighborhoods are. But in reality, it's all just a big game to put people where we believe they belong — and keep them there. Black people belonged in East Liberty until they didn’t anymore, and then it became that place where the Target is. Pittsburgh is a little bit like Swiss cheese: riddled with gaps in care, food, and money for the people who need it most.

The East End in particular is important to me because that’s where I grew up, though I went to school on the other side of the divide for the entirety of my life (including now), in Squirrel Hill/Oakland. If there’s anything I understand, it's how the infrastructure that connects the East End to this region purposely fails to account for the needs of the people that the city deems invaluable. Being able to get to and from school and my friends’ houses was the most important part of my life for a long time, yet I never figured out how to do it effectively, getting hurt quite a few times walking through the woods or biking where I shouldn’t have been. What I did learn was that the transportation issues that impacted me did not impact people that lived not so far away from me, albeit in much more expensive houses.

I also learned that there are three main ways to get out of the East End, not including the very out-of-the-way commute-time-doubling ways that some people try to bring up. The first of these is the Squirrel Hill tunnel, part of the parkway that is notorious for high traffic during commute hours. The tunnel is at the end of a bridge that spans a ravine near a set of slag dumps. Interestingly, this bridge is scheduled to be replaced within the next few years, pending a decision about how exactly to do so with as little disruption as possible.

The reason disruption is a concern is because of the next “way,” my personal favorite. Running under the aforementioned bridge is Commercial Road, which is magically renamed Forward Avenue right in the spot where it intersects with Summerset, one of the wealthiest neighborhoods in urban Pittsburgh (let the wheels start turning here). While the bridge is replaced, Commercial must close, which is nothing new. I could write another novel entirely regarding Commercial, but I’ll leave it to this brief description: Commercial is entirely unwalkable. It is a lengthy, windy, and extremely steep road that rests on the side of a hill such that if you made a wrong move while driving down, you would likely not live to tell the story. It is highly prone to traffic-stopping mud and rock slides. It has been closed many times in my life, often for extended periods of time, as crews attempt to stop it from quite literally sliding off the face of the hill on which it rests. Driving up that street might literally be the most dangerous thing I do regularly.

Now, this whole closure of Commercial and the Parkway bridge was set to bring a decent amount of turmoil to the traffic patterns between the East and the city, but the situation just got a lot worse — this is where we arrive at the third “way.”

On Friday, Jan. 28, the Forbes Avenue bridge spanning Fern Hollow decided its life had come to an end. In what, from some reports, was a rather anticlimactic descent, it simply slid out of existence into the ravine below. Ironically, it brought down with it a 61B Port Authority Bus, one of the only ones that run on that side of the city. The image of that bus, so close to getting off the other side of the bridge before the collapse, literally brought tears to my eyes. For so long, all I wanted was to get out of the East End. Sometimes it felt like I never would, like I would be taking 61Bs out — so many 61Bs — and I would be driving over the incredibly shaky Forbes bridge and praying for Commercial to hang onto its hill for the rest of my life in an endless cycle driven by taxes and redlining and gun violence.

The poetic irony of that bridge’s collapse on the morning of President Biden’s arrival in Pittsburgh to speak on infrastructure was not missed, especially by the CMU community, who hosted the president at our Mill 19 property. What was missed by many was the fact that that irony was no act of God, or of fate, or anything else. The truth is that the city of Pittsburgh only cares about the quality of life of its residents when improving that quality benefits the city. Nobody seemed to care about that bridge, and, mark my words, it will not be repaired for a long, long time. It was bound to fall one day or another, regardless of whether or not Air Force One was flying over it, just like Commercial will inevitably slide off that hill one day. Once again, no one will care. The people at the metaphorical and literal bottom will keep adjusting their commutes again and again as they have always done when things like this happen, and life will go on just as it always has.