The complexities of 'Rent' 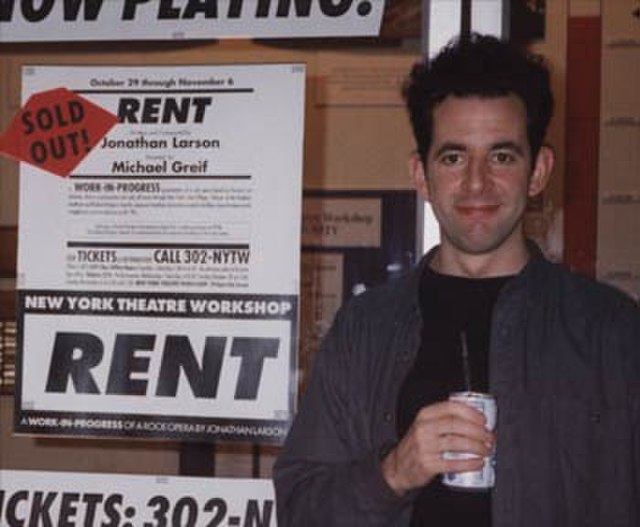 Credit: Courtesy of JessnKat via Wikimedia Commons
Editorials featured in the Forum section are solely the opinions of their individual authors.

This article was submitted to The Tartan by a member of the CMU student body, who, due to the nature of the article, has chosen to remain anonymous.

From the moment I heard that Scotch’n’Soda was doing “Rent,” I was against the idea. I did things within my power as a member of the org to oppose the decision, but there were no other proposals and “Rent” had a very strong and talented creative staff, so it became our Carnival show.

My main reservations came from being a queer person and my relationship, therefore, to this show. I couldn’t help but think of the fact that Jonathan Larson — a white, cis, straight man — wrote this show and based it almost entirely off of the writings of Sarah Schulman, a queer woman who had been heavily involved in activism for AIDS. Her 1990 book “People in Trouble” shares a setting, plot, characters, and even themes with “Rent,” and she was given absolutely no credit anywhere in Larson’s work. While “Rent” was revolutionary for its time, when homosexuality and queerness were hidden and feared, the fact that it was the product of a man taking the experiences of a queer woman and marketing them as his own means that it can’t really hold that same importance anymore.

I also was concerned specifically about how the portrayal of the character Angel would be handled. Since we had just done Rocky Horror, a show with a somewhat problematic, cross-dressing character who could be read as transgender, I wanted to make sure that the only trans representation on stage from Scotch doesn’t just come in the form of vaguely gender non-conforming characters who could be cis- or transgender but always have very questionable intentions throughout their show. While Rocky has at this point been fully reclaimed by the queer community as a celebration of camp and extravagance, that is not the case with “Rent.” Angel isn’t an absurd character within an absurd universe like Franke-N-Furter. She is meant to be an actual representation of drag queens and other gender non-conforming individuals during the AIDS crisis. Reclaiming this character will take a lot of work — a lot of work that I wasn’t sure Scotch had the time nor the resources for.

This brings me to the point that while this creative staff is approaching the show with the intention of highlighting queer and POC joy, I fear that the entirely cis, mostly white nature of the original creative team might hinder that expression. I am grateful that many more queer people have become a part of the production since its proposal, from the creative and production staffs to the cast and crew. I am grateful that an effort was made to bring new members into this show, especially students of color. It still irks me, however, that the cast of characters represents a variety of queer identities, and those who have been cast in this production don't necessarily reflect that. I get that that might have been out of creatives’ control, but maybe if it was known that we would have difficulty finding queer actors to play queer characters that align and celebrate their identities (and this was known), we shouldn’t have decided to do “Rent” in the first place. I truly love the people working on this production and I am sure that it will be a good experience for many involved, I just hope that because of its mal-intentioned origin (once again emphasizing that “Rent” is the product of a white, cis, straight man's take on the work of a queer woman), the show doesn’t cause more harm than good to the communities we are trying to uplift.