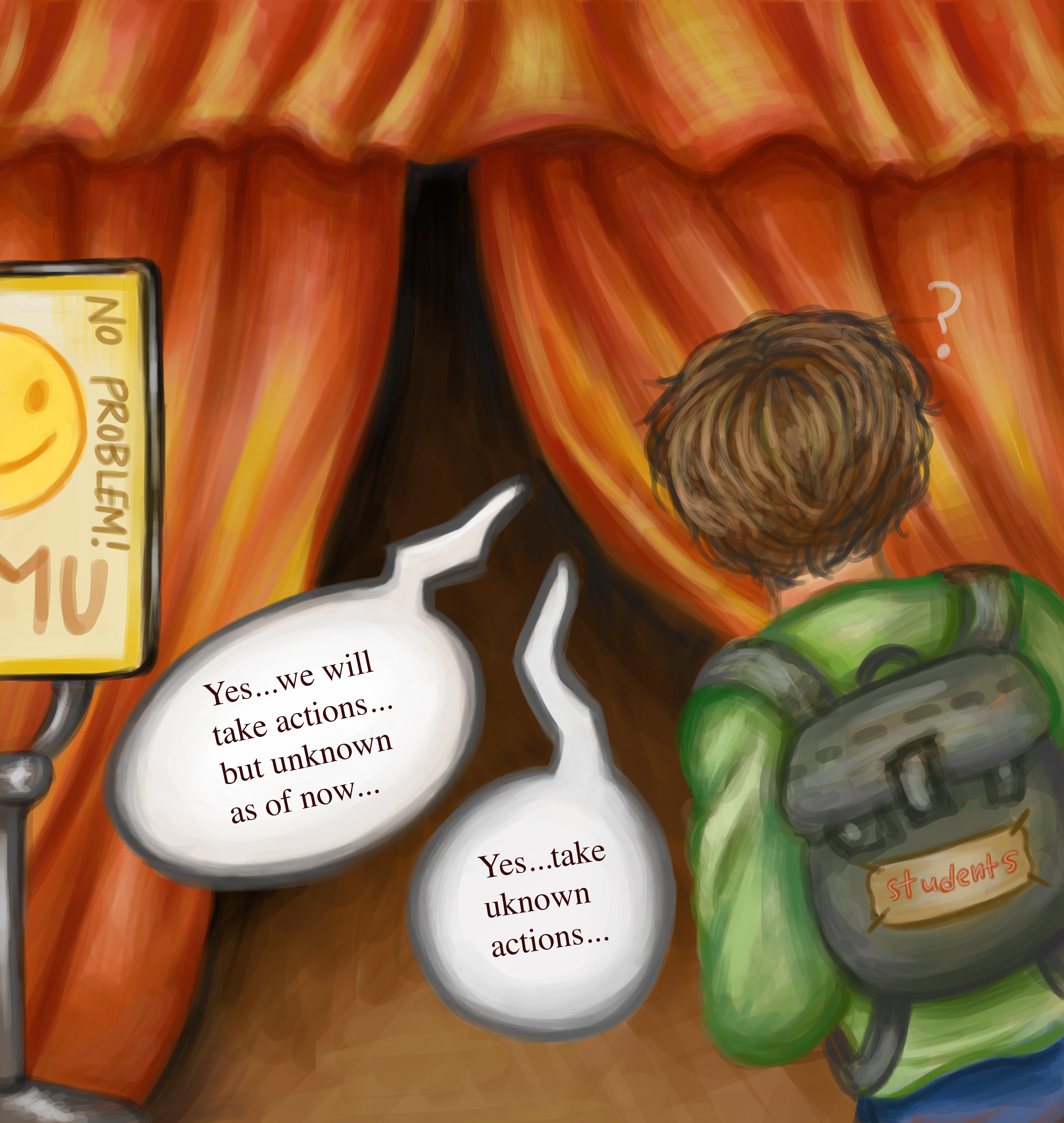 The university needs to be more transparent about its decision-making process and more welcoming of student and faculty input. (credit: Stacey Cho/Art Editor )
Editorials featured in the Forum section are solely the opinions of their individual authors.

Perhaps the most singular conclusion we, at The Tartan, derive from Richard Grenell’s controversial appointment as senior fellow in the Institute of Politics and Strategy (IPS) is that the Carnegie Mellon administration fails to take into account student perspectives in its decision-making or provide adequate disclosure regarding its procedures.

The former U.S. ambassador to Germany and former acting director of National Intelligence, Grenell was hired in June 2020, after the university imposed a hiring freeze due to the COVID-19 pandemic. This poor timing only exacerbated the campus-wide concerns regarding his history of inflammatory and pro-Trump public statements and tweets. Soon, both a student petition and faculty open letter called for his appointment to be rescinded. However, IPS Director Kiron Skinner defended the decision to hire Grenell, and Carnegie Mellon President Farnam Jahanian established a committee to investigate the legitimacy of the appointment, which ultimately found no issues.

The hyper-polarization of national politics in 2020 intensified the debate over whether Grenell has upheld the basic requirements of a Carnegie Mellon employee, and thus whether he should continue to be employed. In question is Grenell’s disinformation campaign covering the COVID-19 pandemic, President Biden’s use of masks, and voter fraud in the 2020 U.S. elections. The only concrete action taken by the administration so far has been the establishment of a Commission on Academic Freedom and Freedom of Expression, which was charged with, among other vague statements, “[exploring] the meaning and inherent value of both freedom of expression and academic freedom.”

The same day of the seditious storming of the Capitol building on Jan. 6, 2021, which left five dead, the university sent out a press release, later rescinded, congratulating Grenell for receiving an award from President Trump. Professors across multiple disciplines again raised concerns regarding Grenell’s employment at Carnegie Mellon. In a leaked but redacted email thread, they questioned Skinner’s intentions in hiring Grenell and what his employment means for Carnegie Mellon, both practically and symbolically. Some, however, were sympathetic to Skinner’s position and deferred to her expertise as a political scientist. The emails ended in vague promises to hold a formal discussion on the matter, but one thing is certain: no matter what happens, students will not be a part of it. Students rarely have the power to affect administration-level change, despite being the largest constituent of the university community.

The administration’s go-to solution has become clear: form a committee like the Campus Climate Task Force, wave off any concerns with verbose and vague letters from the provost or the president, and prevent full transparency.

We do realize that in many institutions of higher education, concerns like securing funding prevent some instances of full disclosure and open communication. However, we at The Tartan do not understand why the administration discloses so little so often.

We see no reason for Carnegie Mellon’s administration to rely solely on performative communications, like sporadically sending cumbersome, fluffy emails without detailing any concrete changes or actions. We cannot identify any obstacles to more inclusive decision-making that better addresses student (and faculty) concerns, nor can we justify the administration’s unwillingness to address community perspectives and properly explain the administration’s actions (or lack thereof) to impacted parties.

We therefore call upon Carnegie Mellon administrators to recognize and address the concerns and values of all stakeholders. Decisions must be made with transparency and input from the general student and faculty population. Meetings like the proposed discussion on Grenell’s future at Carnegie Mellon should be open, and full disclosure should be ensured in all possible cases. Administrators must be more available for community engagement and must be willing to properly answer questions regarding their work and policies.

Only with a strong academic community in solidarity can significant, concrete change be achieved. Administrators, the ball is in your court.