Valentine’s Day: a sentimental experience or a corporate marketing ploy? 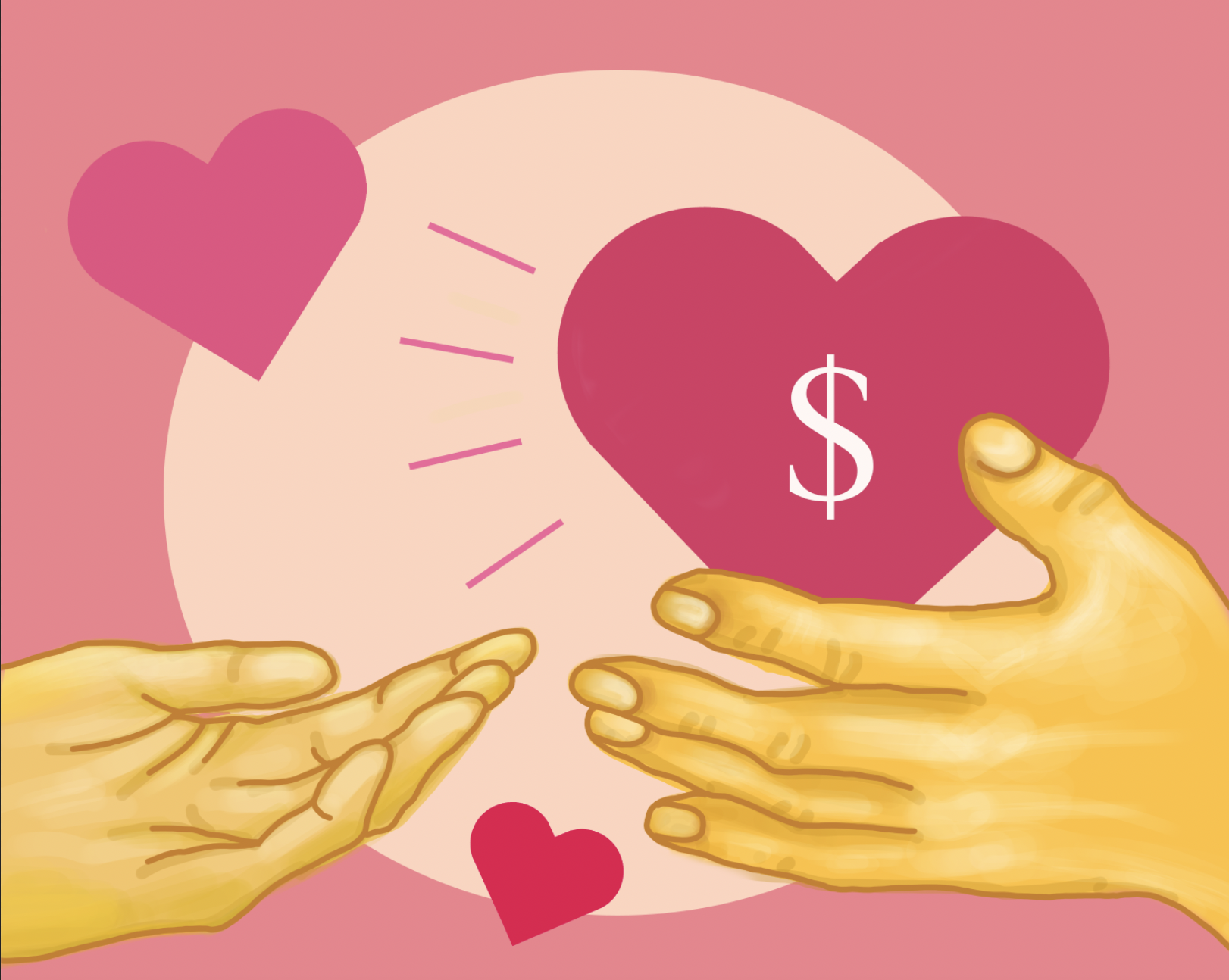 While the focus of Valentine's Day should be love and relationships, money plays a big role in expressing our affection for others. (credit: Stacey Cho/Art Editor )
Editorials featured in the Forum section are solely the opinions of their individual authors.

Valentine's Day is the epitome of American consumerism, a glorified marketing tactic businesses nationwide employ to convince consumers to drop boatloads of money on adorable teddy bears, lavish flowers, and delicious chocolates. As many spend the day enriching their significant other with presents and romance, the others are made to sit on the sidelines and watch from the outside. Strangely enough, one’s view of Valentine’s Day is likely to change based upon whether they have a significant other to celebrate the day with.

The history of Valentine's Day is a tale of Christian and Ancient Roman tradition. Most scholars believe that the namesake Saint Valentine went against a Roman emperor, Emperor Claudius III, due to Claudius’ belief that young men who were not married made better soldiers than those with wives and children. Despite Claudius’ ruling that men could no longer marry, Saint Valentine continued conducting marriage ceremonies in secret. When Claudius learned of Saint Valentine’s actions, he ordered Saint Valentine to be put to death. Saint Valentine died a martyr, and thus, Valentine’s Day was born as a day of love and affection.

In the mid-1800s, Valentine’s Day began to be celebrated with the use of a new invention: the printing press. For the first time, commercially printed Valentine’s Day cards were circulated primarily in Europe throughout the month of February. February is aviation season, which is the main reason why birds and doves are associated with the holiday. Red roses were also added on as a symbol of beauty. Today, Valentine’s Day is celebrated worldwide and is even the most common wedding anniversary date in the Philippines.

While the merits of Valentine's Day can be found in its ancient roots of compassion and care, has America significantly monetized this holiday? Has a day once consumed by hugs and kisses turned into a billionaire's next big paycheck? Is this ethical?

Valentine’s Day has clearly strayed far from its initial purpose. Noel Lenski, a professor of classics and history at Yale University, observes, “The Romans did it with wine, sex and a bit of violence... Modern Americans do it with a lot of money. Seems reflexive of the cultural differences between then and now.” From a historical perspective, the change in Valentine’s Day festivities seems indicative of modern consumerism and materialism. In fact, U.S. Valentine’s Day spending statistics show that consumers spent $27.4 billion on Valentine’s Day in 2020, far exceeding the daily average and significantly more than in previous years. Therefore, as American businessmen have increasingly monetized Valentine’s Day, the once sweet and romance-filled holiday has become a larger payday for businesses than ever before.

So, do the pros of Valentine’s Day love outweigh the cons of money-seeking CEOs? If you believe they do, then, by all means, go out and spend big to tell your special someone how much they mean to you. If not, there are still ways to celebrate without giving money to big businesses. For example, you can write a card, cook breakfast, or shower your significant other with hugs and kisses. Remember that Valentine’s Day is about love; if there’s one thing the world needs now, it’s more of that.