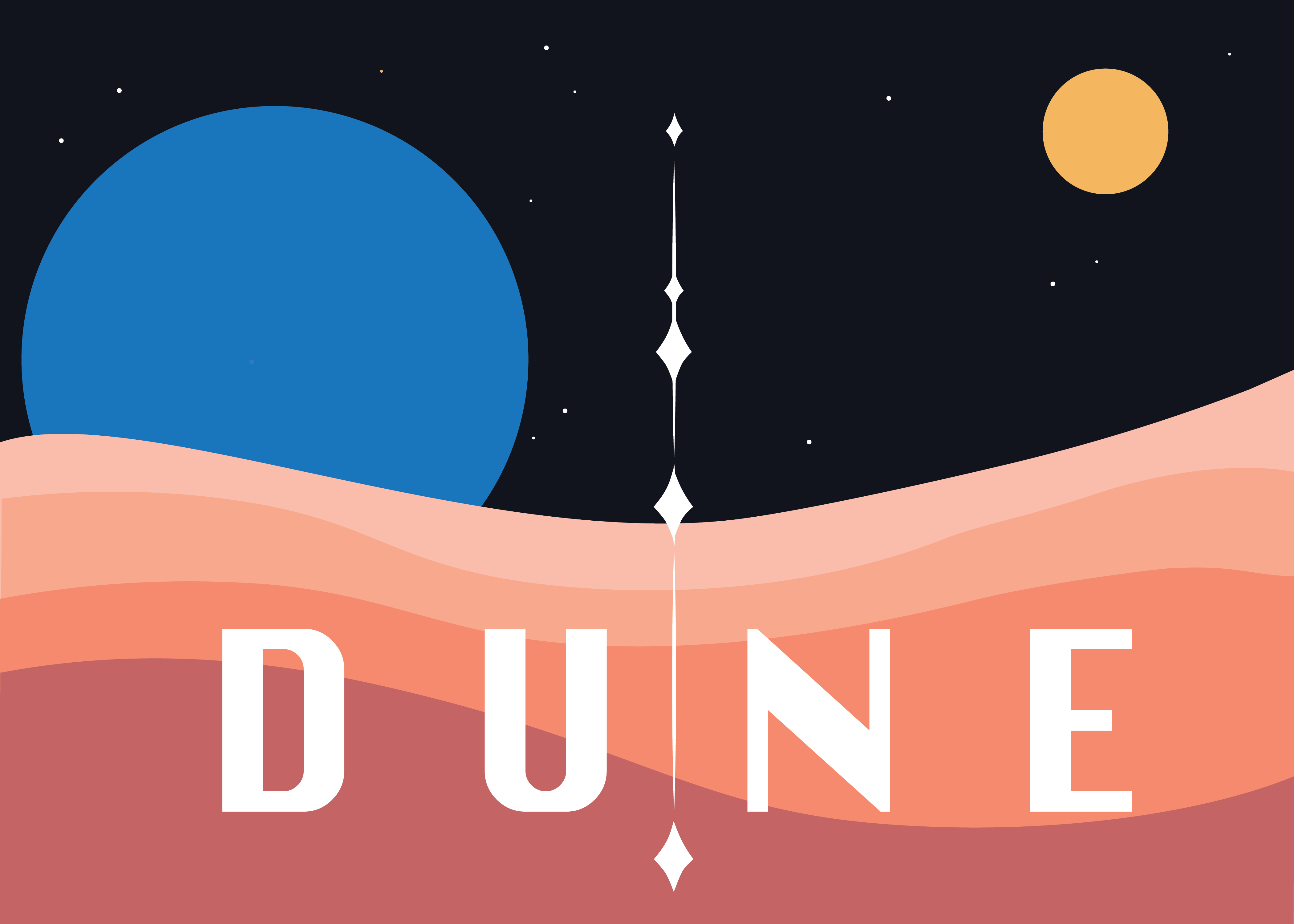 This article contains spoilers for Dune (2021)

While some movies feel like a love letter to their source material, Denis Villeneuve’s “Dune” feels like a wedding invitation. Villeneuve’s adaptation of the landmark 1965 book by Frank Herbert emanates the same intrigue and somber reverence of its novel counterpart, but it’s worth saying that they are both very, very long and detailed works. Therefore, rather than go over in excruciating detail each and every event in the movie and piece of backstory, I will attempt to cover the film in broad strokes, while focusing here and there on those moments that demand it.

That said, some introduction to the world is necessary. “Dune” takes place several thousand years in the future, with humanity now occupying countless planets in the galaxy. In order to allow travel between these worlds, humans need both faster-than-light technology, as well as the ability to chart courses to their destinations. The latter goal is accomplished by a substance called “melange,” or spice, a mind-expanding, life-extending drug that, when taken in heroic doses, can be used to read space and time like the cosmic pages of a relativistic book. Spice is the single most important resource in the universe for this reason alone. What’s more, the only place that this substance can be found is on the desert planet Arrakis, or Dune (small sidenote: if your ears prick up at the mention of a resource central to transportation being located somewhere that sounds a lot like Iraq, you have good instincts). Arrakis is currently occupied by two groups, the native Fremen and the offworld Harkonnen, who serve largely as the antagonists. The movie opens with the Emperor handing over the planet to House Atreides, of which the main character Paul (Timothée Chalamet) is a member. Paul is the son of the Duke Leto Atreides (Oscar Isaacs) and his concubine Lady Jessica (Rebecca Ferguson), and is first in line for the duchy. There are essentially five forces at play throughout the book, either immediately, behind the scenes, or in plain view:

Bene Gesserit: A coven of witches who possess complete control over their bodies’ functions. They operate in the shadows, urging the crossbreeding of different Houses.

Guild Navigators: This group is in charge of transport and commerce in the Empire. They use the spice to navigate the stars.

The Empire: The overarching political body that is headed by the Padishah Emperor Shaddam IV. His will is enforced by the fanatical and deadly Sarduakar, or “the Emperor’s blades”.

House Atreides: Long descendants of the ancient Greeks, their homeworld of Caladan is a lush ocean paradise. They value honor and loyalty above all else.

House Harkonnen: Vicious slavers that backstab and sabotage to achieve their aim. They inhabit the industrial planet Giedi Prime.

Of course, there are plenty of entities that are left out of this list, and writing this article, I begin to understand the difficulty that Villeneuve must have felt when making this film: there is too much to communicate sufficiently. Mentats, the Bene Tleilaxu, the Bulterian Jihad, the Orange Catholic Bible. All of these elements push the narrative as well, but their explanation would largely bloat what is already a hearty movie.

So then, with some understanding of the canvas, how well was it painted? One thing to notice immediately about the film is the variations of focus that are used by the camera, and how that contributes to the feeling of a scene. In dream sequences, there is often a very intimate close-up of a person’s body. Bloody hands. Narrowing eyes. Sandy feet. Much like real dreams, these visions consist not of a tapestry of cohesive images, but rather collections of icons and individual details. In the waking world, there is even more variation. People are often placed in positions that complement the geometry around them. When the Reverend Mother tests Paul in the library, she is placed such that her headdress and chair make her appear as a menacing chess piece. When the Sarduakar and Harkonnens attack the Atreides at Dune’s capital Arrakeen, the two forces are dwarfed by the size of the ships that are attacking. Wherever people are, their bodies feel very much connected to the space around them, subtly hinting that humanity’s fate is always intertwined with the places we inhabit.

“Dune” is very much a feast for the eyes, but the ears do not go without. Most sci-fi soundtracks are either bombastic John Williams marching band music or filled with electronic effects to produce an “otherworldly” feeling. Hans Zimmer’s genius shines through in that he is able to take very traditional, very human musical motifs, and bend and warp them through the millenia so that they sound very alien. When the Sarduakar throat singing kicked in, I felt chills run down my back. Here was this musical tradition that goes back thousands of years on Earth being used on a planet billions of miles away, in a language we’ll never know, for a religion that we’ll never hear explained. When the Atreides had bagpipes at their arrival on Arrakis, I felt a soaring feeling of pride, and I’m not even Scottish. I think what makes the score of “Dune” so powerful is that it does not try to separate the human beings watching from the human beings portrayed. Heroism, mystery, religious fanaticism, powerful ecstasy. These elements of humanity were preserved when we went to the stars, so why not convey them the same way we always have.

It is difficult to judge acting, especially when it is subtle. “Dune,” with all its lasguns, Holtzman fields, and swords, is very subtle. This is largely because in the book, for every line of spoken dialogue, there is a corresponding inner dialogue that the reader is privy to. In the 1984 Lynch film, you can hear the whispered thoughts of the actors on screen, but Villeneuve gives us no such luxury. Instead, those thoughts become vocalized in some fashion. The most powerful line in the film and book is easily the Litany Against Fear, a mental mantra used in times of panic to quell one’s emotions. In the book, Paul has to use it repeatedly, but the first time we see it is when he has to withstand the excruciating pain he finds himself in under the test of the Gom Jabbar with the Reverend Mother. However, rather brilliantly, we hear his mother Lady Jessica say it aloud just outside the door, trying to suppress her fear that her son is going to die. We see both actors’ faces rise in distress and horror, reach a fever pitch, and then the fear breaks. Only they remain. The dynamic between Paul and his mother is easily the best in film. It mirrors the book almost perfectly, as Paul has to take on a world of responsibility that his mother is very guilty of giving to him. In each act, Paul has to metamorphose more into the superbeing he is meant to be while his mother watches on in horror. I distinctly remember my own mother having the same reaction when I was a teenager, learning to lead holy wars and see the future.

Movie reviews are largely a tedious process, for how do you talk meaningfully about something that is meant to be read, watched, listened to, and felt in one’s heart? I think the answer is simply I cannot, and doubly so for “Dune.” With as many themes as growing up, ecological stewardship, the dangers of faith, and self-knowledge, any limp attempt made by a college-aged writer would flaccidly fall far too short of explaining it. Watch the movie, read the book, and sneer viciously at all those that tried to copy it (looking at you, George Lucas).