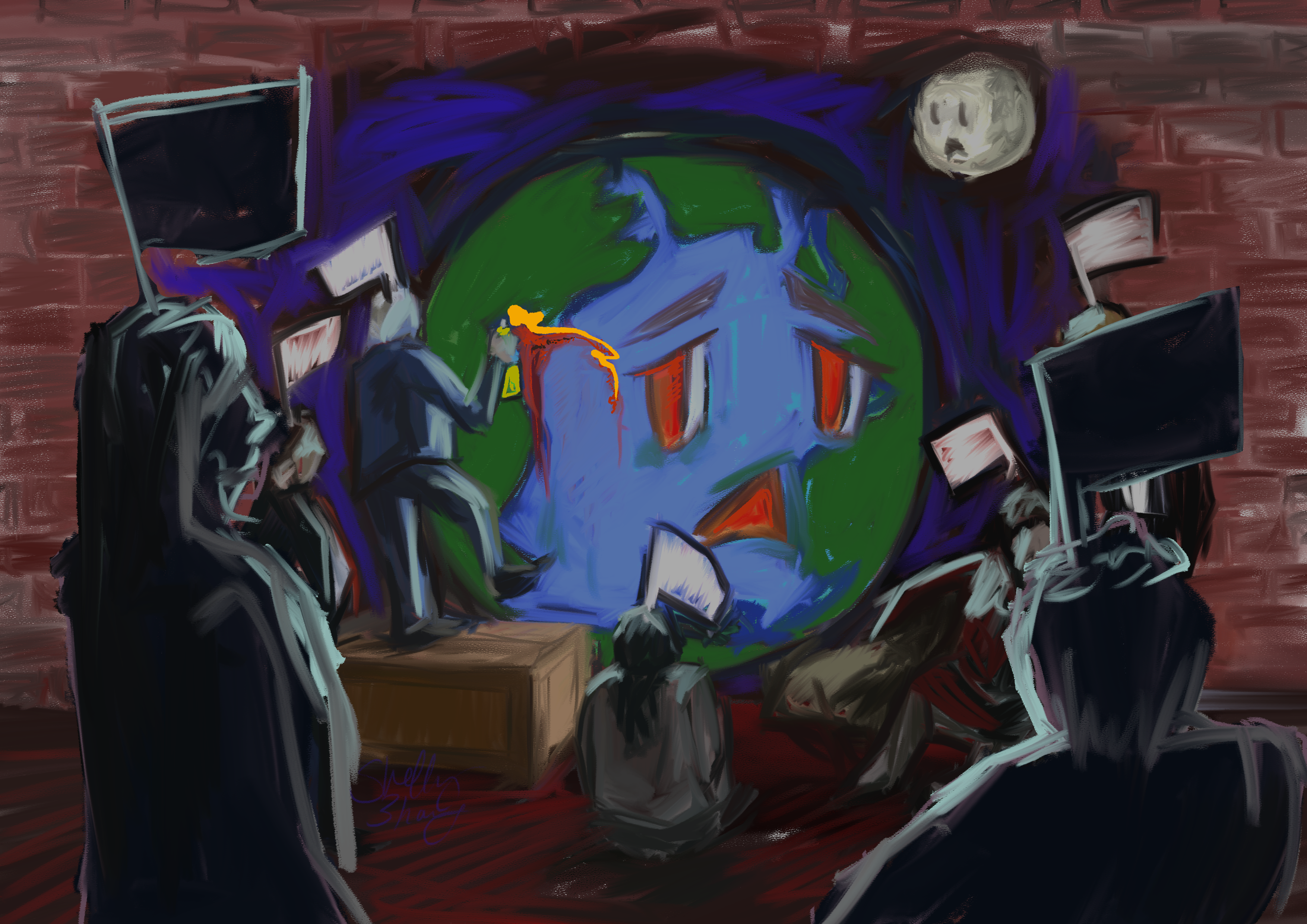 Credit: Shelly Zhang
Editorials featured in the Forum section are solely the opinions of their individual authors.

Brrr! Do you feel that? That’s the chill of one world leader throwing shade at another. And speaking of shade, maybe we should invest in a global umbrella, what with the world being on fire and all. To anyone who participates in edging (you know who-o-o-o you are), the G20 Summit is like Lollapalooza. It’s a bunch of people cramped together who are on the verge of agreement, but can’t quite get there. And it’s really hot. And you vaguely feel like there’s a creepy older man who wants to take you to his tent. The “20” comes from the fact that it represents the world’s 20 largest economies, and the “G” comes from “Gee, I wonder when anything will happen?”

This year’s G20 Summit took place in Rome, Italy, and was conducted largely between tours of the Colosseum and spaghetti eating contests. World leaders from countries including India, France, Canada, South Africa, and fan favorite U.S.A. congealed to discuss scary topics such as “Amazon rainforest: friend or foe?”, “How to deliver COVID vaccines by owl” (Fumio Kishida is a surprisingly big Potterhead), and “How many mistresses is it ok to have and why is that number at least four?” In a geriatric replica of the Summer Olympics, humanity’s best strove to tackle the most existential threats to mankind. Ok, maybe “tackle” is a strong word. More like wrestle. But not wrestle-wrestle. Think WWE. Yes, our world leaders congregated to throw chairs at climate change and supplex the supply line shortage.

Now, Thanksgiving is coming up so I want you to imagine a scene as old as time itself. You’ve invited all of your family over in an attempt to broker peace, but inevitably, one of your uncles decides that one of your aunts has parked too close to their SUV, and they won't be able to pull out of the driveway. Your mom gets angry at her brother for implying that they want to leave early, and your cousins on your dad’s side-snicker at how ridiculous that side of the family is. You look over at mee-maw and think maybe she’s finally kicked the bucket, but no, she’s just in a food coma and has slumped over her iPad that right now is playing a Tucker Carlson trap remix that your cousin made on FL Studio. Now imagine that each one of those people has both nuclear weapons and enough industrial waste to cause two, maybe three, extinction events.

Wasn’t that fun? It’s great to stretch our imaginations from time to time. Back to business. One major criticism of the G20 Summit is that it did not seem to do enough. News anchors, journalists, and hippie free-thinkers all had some “ish” to say about the results of this year’s Doomsday Summer Camp. One “Golden State Inquirer” lefty pointed out that not enough global spending was going to be put toward research into green technology. The nerve! We already got a handwritten promise from Chancellor Merkel that she would give her granddaughter twenty whole Euros if her wind turbine got first place at the science fair. What a lady! Or what about Joe Biden’s remark that he swore he would look in the Oval Office sofa when he got home for some extra cash to give the EPA? There’s gotta be at least two Benjamins in the POTUS La-Z-Boy. Another snivelling journalist, this time out of “Las Vegas Afternoon Sun,” remarked that COVID relief to developing nations was not focused on nearly long enough. This is completely ignoring the fact that in a stroke of genius (and after an actual stroke, no less), Biden proposed re-designing Flintstones gummies to be in the shape and image of local deities in the developing world. What a masterstroke in global health-care and cultural sensitivity! I, for one, would love to nab a bottle of Shiva gummies for me and mine.

Was the G20 Summit a futile attempt to fight the mounting crises that threaten our world? Was it a veritable drop in the ocean of sweat that we will need to combat a world that is trying to kill us back? Was this summit a congregation of ineffective and self-serving juggernauts who are more concerned with whether or not there will be snacks on the rocket that takes them to the Martian colony than our own planet? Do we need to accept that our world leaders are not the spearheads of change but rather the foibles of any necessary revolution? Might it be that asking a series of leading questions is overly snarky and comes across as ham-fisted? No.