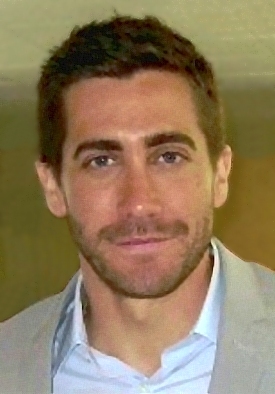 Credit: Courtesy of Aqian2 via Wikimedia Commons
Editorials featured in the Forum section are solely the opinions of their individual authors.

I’ve been at work for weeks, sleepless, chain-smoking cigarettes, mainlining PopSugar articles, and burning my eyes red (no pun intended) trying to get to the bottom of the most recent Taylor Swift controversy. For the sake of journalistic integrity, I’ll start this article with some background information, for those of you who may not understand the new “Taylor’s Version” album cycle. Basically, Taylor Swift is re-recording all her old music with a few differences and a lot of similarities. The albums have the same names, and the songs all sound the same, except some don’t sound the same, and also there’s some new songs nobody’s heard before but everyone has heard about, and also she’s now also a short film director? And the short film is about when Jake Gyllenhaal was mean to her 13 years ago.

Ms. Swift’s lawsuit against Gyllenhaal, “All Too Well: The Short Film,” is a comprehensive judicial attack, using all the tools of the law to prove Mr. Gyllenhaal’s guilt. She uses sophisticated legal techniques like “showing attractive people when they are happy” and “showing attractive people when they are sad.” She clearly proves Gyllenhaal’s crimes of being “mean,” “emotionally unavailable,” and “exploitative” in a poignant scene where he tells her that she’s crazy and she aggressively cleans a stack of dinner plates. The aesthetic of the film was also rigorously researched, and great pains were taken to make it look like an extended Urban Outfitters advertisement by way of a Hallmark Movie, with costume design by 2014 Pinterest.

My legal team and I have watched the film, and I see where the general public’s outrage is stemming from. Dylan O’Brien, playing the aptly-named character “Him,” acts really mean and old, and Sadie Sink, in a brilliant star turn as — get this — “Her” — acts really pretty, young, and sad. Taylor and Jake dated when she was 20 and he was 29, which — if you’re following my complex reasoning — is a nine-year difference in age. It’s hinted that he used his age to manipulate her, or at the very least that the power dynamic of their relationship was not altogether healthy.

These are serious allegations. I mean, wearing a plaid button-up with a beanie is criminal enough, but to be mean as well? Who would have ever thought that a significantly older, hyper-successful and exceptionally handsome male actor would ever be a narcissist?!

In addition to the crimes outlined in the film, my lawyers have noted that Jake continues to date women significantly younger than him. Taylor herself subtly indicates this with the very understated observation that “I'll get older but your lovers stay my age.” Indeed, Jake Gyllenhaal has had plenty of lovers, some of whom are young, some of whom are very young, and some of whom are straight-up juveniles. This has led me to my true question … Jake, why won’t you date me?

Before we lock him up, it’s important to acknowledge that Jake Gyllenhaal’s greatest felony is that he hasn’t dated me. First of all, I’m 20, which should be good enough for him. Secondly, I wouldn’t be able to write a song even if someone threw a guitar at my head, so he wouldn’t need to worry about the banger-ization of our potential breakup. Thirdly, very little of the American public is aware of my existence (other than you, my dear reader), so there’s little risk of public fallout. Lastly, I think we’d make a great couple — I’ll just sit around and quote lines from “Nightcrawler” at him while he sings “Sunday in the Park with George” and looks at himself in the mirror (also, I think Maggie and I would get along great. We’re both brunettes who went to drama school).

In summary, I think Gyllenhaal should be locked away in actor jail forever, unless he texts me ASAP and asks me to dinner, in which case he’s done nothing wrong. This is my legal report, and I will defend my observations in COURT! Detective Dahiya rests her case, over and out.