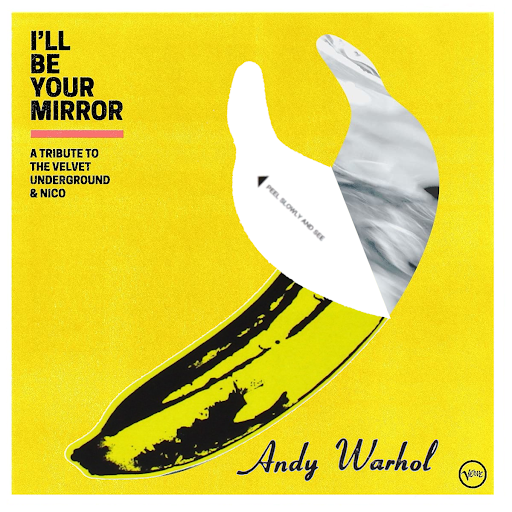 “The Velvet Underground & Nico” is one of the most influential albums in music ever and has thus been written about to an excessive extent. Some might say that everyone that read Brian Eno’s statement on the album ended up writing their own take on it. I’m not here to fill that space up further, but rather to give a review on “I’ll Be Your Mirror: A Tribute to The Velvet Underground & Nico.”

The first song of the album, “Sunday Morning,” has a very different feel on IBYM. Performed by Michael Stipe (“Just Like a Movie,” “Two Times Intro: On the Road with Patti Smith”), there is a very full and rich sound backing this longer song. However, the original version feels livelier and the instrumentation is more effective. Michael Stipe still performs very well and makes the song feel more modern without losing its peculiarities.

In contrast, “I’m Waiting for the Man” by Matt Berninger is bad. Missing here is the honesty and simplicity of the original, lauded as one of the best songs in the debut album. There is very little change in this cover, and the change that’s there just makes it worse.

“Femme Fatale” is beautiful in both versions. Sharon Van Etten channels Nico into a powerful droning epic at almost double the length of the original. She differentiates her version by slowing it down dramatically, providing a different audio experience.

The cover of “Venus in Furs” reaches the same highs and lows as the other songs on the album. Audio mixing technology has advanced dramatically since 1967, so the mixing of Andrew Bird and Jess Wolfe is pleasant, perhaps to the detriment of the song itself. When they sing “I am tired, I am weary” it sounds as good as it ever has, but is that worth the loss of the melodic, vaguely Arabic instrumentals?

In “Run Run Run,” Kurt Vile delivers a nice extended version of the original song. There is a stronger production, but you can tell that there is a real affection behind the product and that it was made with love.

St. Vincent completely transforms “All Tomorrow’s Parties” to the extent that it does not make much sense to compare it to the original. My best description of it would be spoken word poetry over ominous ambient elevator music, but not in a bad way. This might be the most Velvet Underground of any of these covers, just due to how unique it feels.

Miles of pages have been written on “Heroin,” the most iconic and controversial Velvet Underground song. I don’t feel the need to add to that conversation. On the subject of the cover, although I’m sure Thurston Moore of Sonic Youth has done tons of heroin, I just don’t care. And from the sound of the song, I don’t think he cares very much either.

“There She Goes Again” is just an incredible cover of one of the best songs on the album. The same lyrics are used to a completely different effect, akin to listening to “Jolene” at 33 rpm. I think the average listener would readily choose this cover to the original.

In preparation for the authorship of this review, I went on a pilgrimage to the Andy Warhol Museum, so as to soak myself in Warhol vibes before going home and staying awake seven more hours. Thanks to that, I now understand why Warhol wanted the original Vinyl of “The Velvet Underground & Nico” to come with an intentional scratch mark. On “I’ll Be Your Mirror,” Warhol wanted the titular line to repeat until the listener got out of their seats and moved the needle. This surely would have scared any substance-abusing listeners wondering why Nico was repeating that line ad-infinitum. That’s what Courtney Barnetts’ take on the song feels like to me.

I fell asleep, and when I woke up to “The Black Angel’s Death Song,” I was freaking out. I love the drums and claps used in this cover, it adds a sense of freneticism and urgency that suits the nonsensical lyrics. It reminds me of Kafka’s “The Trial” with the angry-sounding lyrics that feel pointed at the listener. This cover is almost completely better than the original, and only suffers in that it does not sound cohesive when listening to the rest of the original album due to different singers and instruments.

Smart people with good taste like “European Son” because of its sophistication and its complexity and its legacy. I just find it too long and don’t think it sounds good. Iggy Pop nails the cover though. It sounds like what Lou Reed would have made if he had more advanced methods of making guitars break.

In the end, I find myself feeling that some individual songs off of “I’ll be Your Mirror” are pleasant companions to their original versions, but listening to the full album is honestly a bit of a chore, at least in comparison to what it apes. Almost every song feels as if it has been stretched like putty, slowed down enough to sound like a remix meant for some sort of movie trailer. Covering an album this revered and influential can be a losing game. If you arrogantly choose to make your own interpretation, then it will most likely not be as good. But if you try to play it straight, then it will lack the personality that makes a song like “Heroin” so popular. But of course, none of this is the goal of “I’ll be Your Mirror.” Artists just joined together to make an homage to a work that influenced them. “I’ll be Your Mirror” is less likely meant to be experienced as an album, and more as individual songs that will pop up in your Spotify playlists after you listen to REM or St. Vincent too much. For that purpose, they serve admirably well. Just don’t come in looking for the next “Velvet Underground and Nico.”