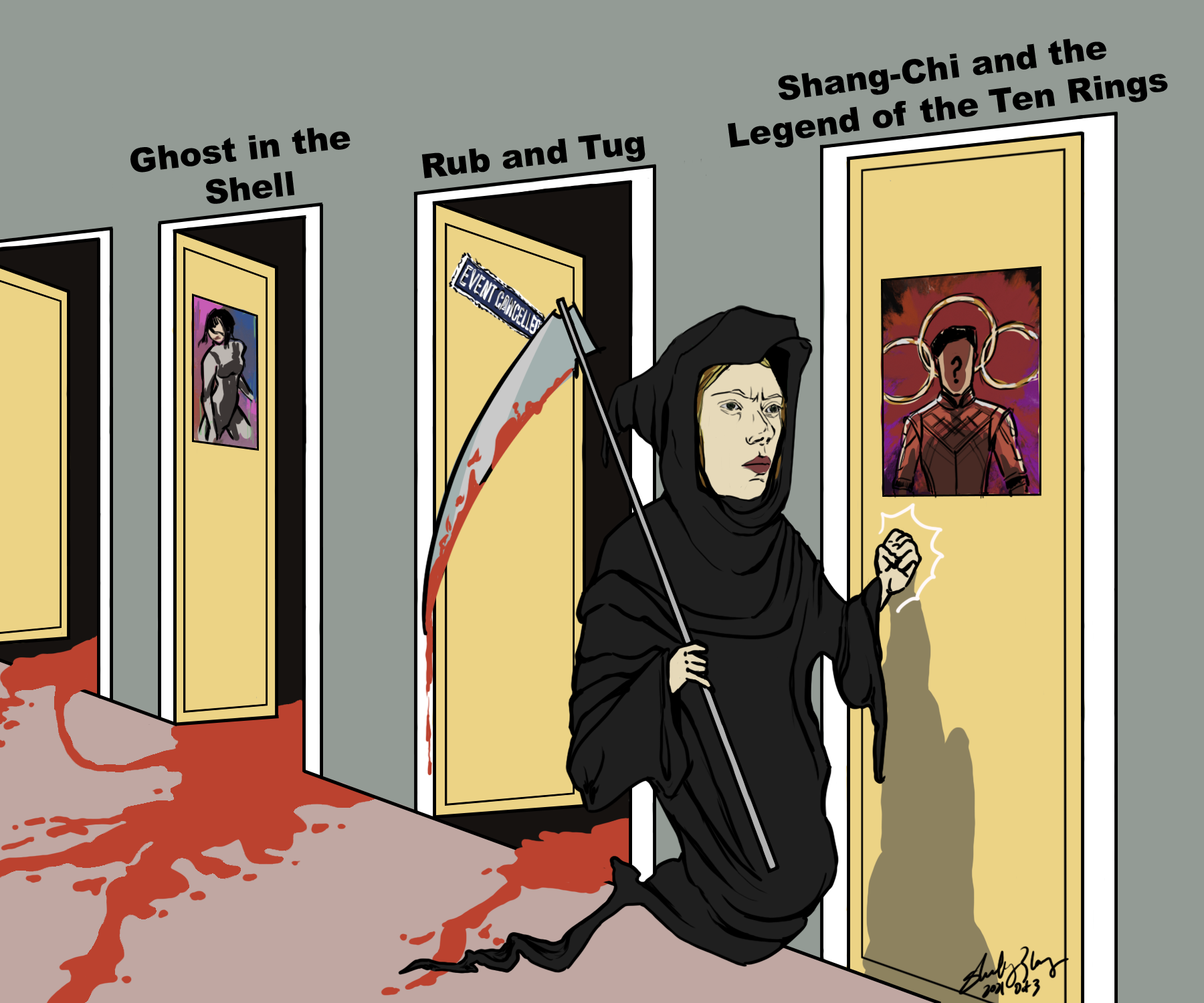 A few weeks ago, the super hero Shang Chi leapt from the pages of Marvel Comics to the silver screen, much to the excitement of fans worldwide. And while we all applauded Simu Liu for his charming performance, I couldn’t help but feel the role hadn’t quite been done justice. Perhaps Shang Chi should have been played by Jackie Chan? No, he’s far too old, and I kicked myself for picking someone so well-known and obvious. Maybe leading man Russell Wong? A little younger, but only half Chinese. I thought harder. Steven Yeun? Even younger, handsome, and talented, but he’s Korean! I kicked myself twice, once for being so culturally insensitive, and again because the answer was so obvious. Who could capture the Asian American experience better than anyone in Hollywood? The answer was clear: Scarlett Johansson.

Scarlett is devastatingly talented, beautiful, rich, and least importantly, white. Unenlightened pissants would say that last bit makes her “ineligible” to play characters from different backgrounds, but praytell, what color do we use for canvases? Blank sheets of paper? Answer that question, and you have the reason why a white woman is best suited to play an Asian man. Plus, Ms. Johansson has proven to us repeatedly that she can pull it off. We all loved her as sultry super-spy Black Widow, but how many of us got to see her unreleased independent feature "The Black Widow," where she played Martin Luther King Jr.’s late wife Coretta Scott King? Critics called it “irresponsible,” I called it a “dream come true.” Or what about "Her," where Scarlett’s skillful voice is featured as a friendly AI? A great film, to be sure, but what about little-known "Him," where she confines her body to a wheelchair so as to portray Stephen Hawking in his last years? And speaking of robots, let’s address the elephant in the room: "Ghost in the Shell."

Scarlett Johansson received much backlash for playing the character Motoko Kusanagi in the 2017 remake of the landmark anime film. Viewers were incensed that a Caucasian woman was playing a Japanese character, especially because of the dire under-representation of Asians and Asian Americans in Hollywood. The movie’s director was accused of white-washing a role that should have gone to a more racially appropriate performer, namely, a woman from Japan. But here I would like to remind our readers that Kusanagi, called the Major in the film, is actually 95 percent artificial, with only her brain remaining inside of a largely constructed body. Would you call a Toyota a Japanese citizen if former Prime Minister Abe was sitting in the backseat? Could a Switch be a native of Shibuya if a Tokyo teen spat on it? Surely Theseus would argue that his ship had indeed changed if every plank had been replaced with several million dollars of CGI and was helmed by a really, really hot white lady.

To say that white-washing is a problem in today’s film industry would be an understatement. Too many roles are gobbled up by ivory actors that should be given to those unlucky enough not to be. And nine times out of ten, I’m all for slapping those pasty wrists away from roles they have no business playing. But Scar Jo is in that very business. A 5’ 3’’ chameleon, we cannot deny her protean abilities. A Marvel native herself, she’d breathe new life into Shang Chi. And while we’re at it, perhaps we should consider the lovable Paul Rudd for the now open role of Black Panther. He’s shown he doesn’t need Pym Particles to fill big shoes.