Center for Student Diversity and Inclusion gets new staff 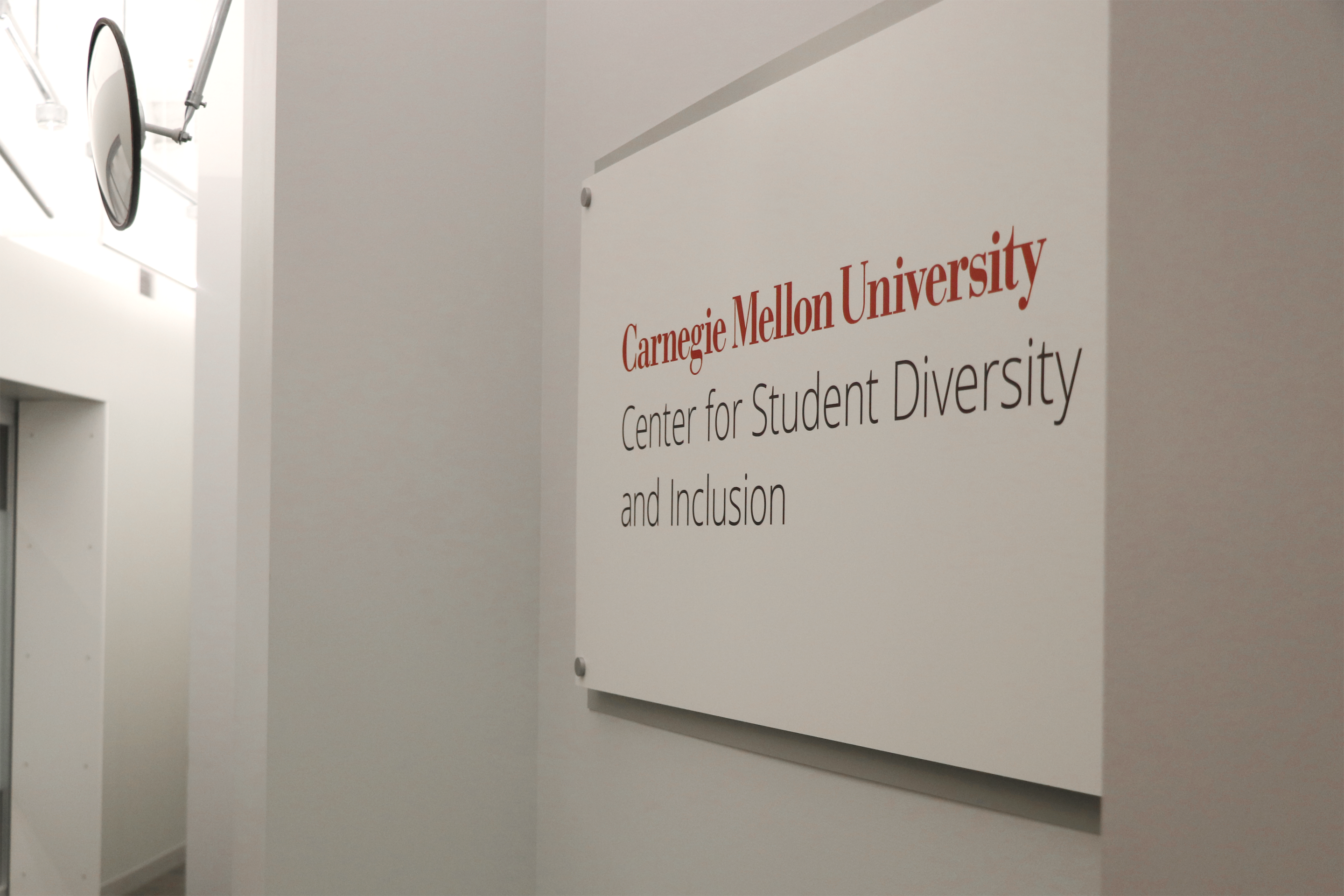 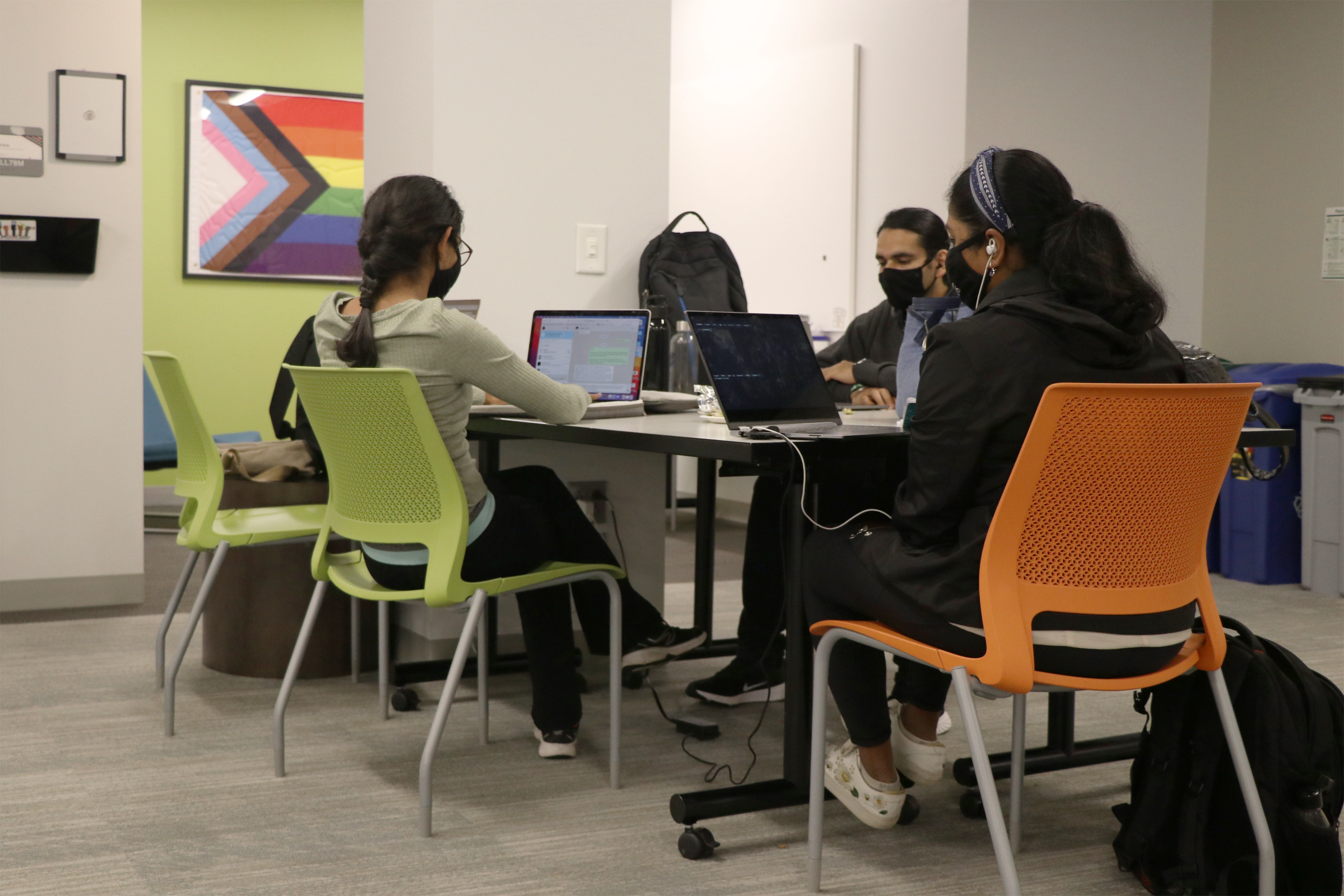 Carnegie Mellon students work on their laptops in the Center for Student Diversity and Inclusion. The center’s new hires are involved with creating safe spaces for students. (credit: Staff Photographer)

Over the past several months, Carnegie Mellon’s Center for Student Diversity and Inclusion has welcomed three new coordinators for student engagement and support: Esteban Alcala, Marelyn Maces, and Shanai Sloan. They spoke to The Tartan about their journey in diversity, equity, and inclusion work, their lives, and the numerous ways they hope to support the student body.

Alcala, the newest of the three hires, is a Mexican-American immigrant who calls both San Diego, California, and Tijuana, Mexico, home. As coordinator, he works with SPIRIT, the African Graduate Student Association, and the Society for Hispanic Professional Engineers. Alcala also supports the Tartan Scholars program and the Multicultural Greek Council.

His decision to apply for the open position at the center was influenced by numerous factors, including his ongoing journey of pursuing his doctorate in higher education at the University of Pittsburgh, but being able to engage with students was what stood out the most.

“I really missed working and interacting with students,” Alcala shared. “It was the perfect time and a perfect opportunity.”
Alcala emphasized the Center for Student Diversity and Inclusion and its mission values matched his research goals and own personal values. The role, he said, is an opportunity for him to pay forward the support and mentorship he received from his undergraduate institution as a Latino student.

“I had a place like [the center] in my undergrad years,” he said. “It was a place where I could take naps and breaks, it was a space where I could be myself and have honest conversations with staff. That impacted me and helped me eventually graduate.”

Alcala has numerous goals in making the Center, and Carnegie Mellon, a better place for all.

“[I want to create] programs or initiatives that will have an impact, raise awareness, and create co-conspirators — not necessarily allies — for marginalized communities.”
For a co-conspirator in the space of JEDI (justice, equity, diversity, and inclusion) work, the conspiring typically involves those with privileged identities taking action to directly support those with less privileged identities in their fight for justice.

“This job, or any JEDI work, is about liberation,” Alcala said. “I look up to the former Senator John Lewis and engaging in ‘good trouble.’ It may sound or look different for different people, especially navigating an institution as a staff member and not a student. But I hope to advocate behind the scenes and use whatever influence I have to help as much as possible.”

Esteban Alcala can be reached at his office in the center, or by email at ealcalaa@andrew.cmu.edu.

As a Deferred Action for Childhood Arrivals (DACA) recipient, a Latina, and a first-generation college graduate, Maces emphasizes the importance of her identities and their intersections in her work.

“I like to share my identities because they drive me to push for advocacy and equity amongst students, staff, faculty, and anyone in the institution or outside of it,” Maces said.

Her previous work experience, while still rooted in student life, was in housing. However, her passion for advocacy and social justice led her to join the Center for Student Diversity and Inclusion’s team.

“When the Center reached out, I realized the job aligned perfectly with what I wanted,” Maces shared. “I wanted to be in a space where I was working collaboratively, and the morale of the center and what it stood for was everything I wanted, too.”

Similar to Alcala, Maces is motivated by her experience in her undergraduate years. She noted that having a place like the center to go to destress or create lasting relationships is pivotal to the student experience. In this role, she hopes to replicate her own positive experience.

“I want to create a space that our students, especially our marginalized students at CMU, can call home.” Maces explained. “I want to be able to be that support system for students and let them see that they’re not in this alone.”

In addition to supporting students and organizations on campus, Maces hopes to further educate herself and expand her knowledge on topics related to JEDI work. This, she said, will allow her to better understand students and their experiences.

“I am very big on giving back what was given to me,” said Maces. “I want students to see that our staff are allies because of our actions, not just because we’re saying it.”
Marelyn Maces can be reached at her office in the center, or by email at mmaces@andrew.cmu.edu.

Sloan is a Pittsburgh native, born-and-raised. In this role, she advises and supports several Carnegie Mellon organizations: PRISM, the Black Graduate Student Organization (BGSO), the National Society of Black Engineers (NSBE), and Feminists Engaged in Multicultural Matters and Education (FEMME).

Sloan’s path to working for the center, and in student affairs in general, came from her undergraduate experience. From numerous work-study jobs across campus to being a resident assistant (RA), Sloan grew a passion for working with students.

“I really enjoyed being able to build community, meet new people, and bring together diverse groups of folks in a way that allows people to interact in a positive and uplifting setting,” she shared.

This philosophy of community building with diverse perspectives and lived experiences influences two of Sloan’s biggest goals as a new coordinator for student engagement and support: the accessibility and palatability of justice, equity, diversity, and inclusion topics, and authentic storytelling.

Applying and eventually accepting the staff position at the center was influenced by multiple changes in Sloan’s life. Her coming back to Pittsburgh was influenced by the COVID-19 pandemic and the importance of family, for example. However, the pulling factor of the center and Carnegie Mellon was the openness and transparency of our community.

“It really stood out to me in terms of what [the center] was looking for,” she said. “They were looking for someone to be present among students, for someone to be their authentic selves, and I think what drew me in was the idea of storytelling and understanding different narratives.”
Sloan is looking forward to building relationships within the organizations she advises, but eventually wants to meet as much of the Carnegie community as possible. Her priority, of course, is the student experience.

Shanai Sloan can be reached at her office in the center, or by email at shanais@andrew.cmu.edu.