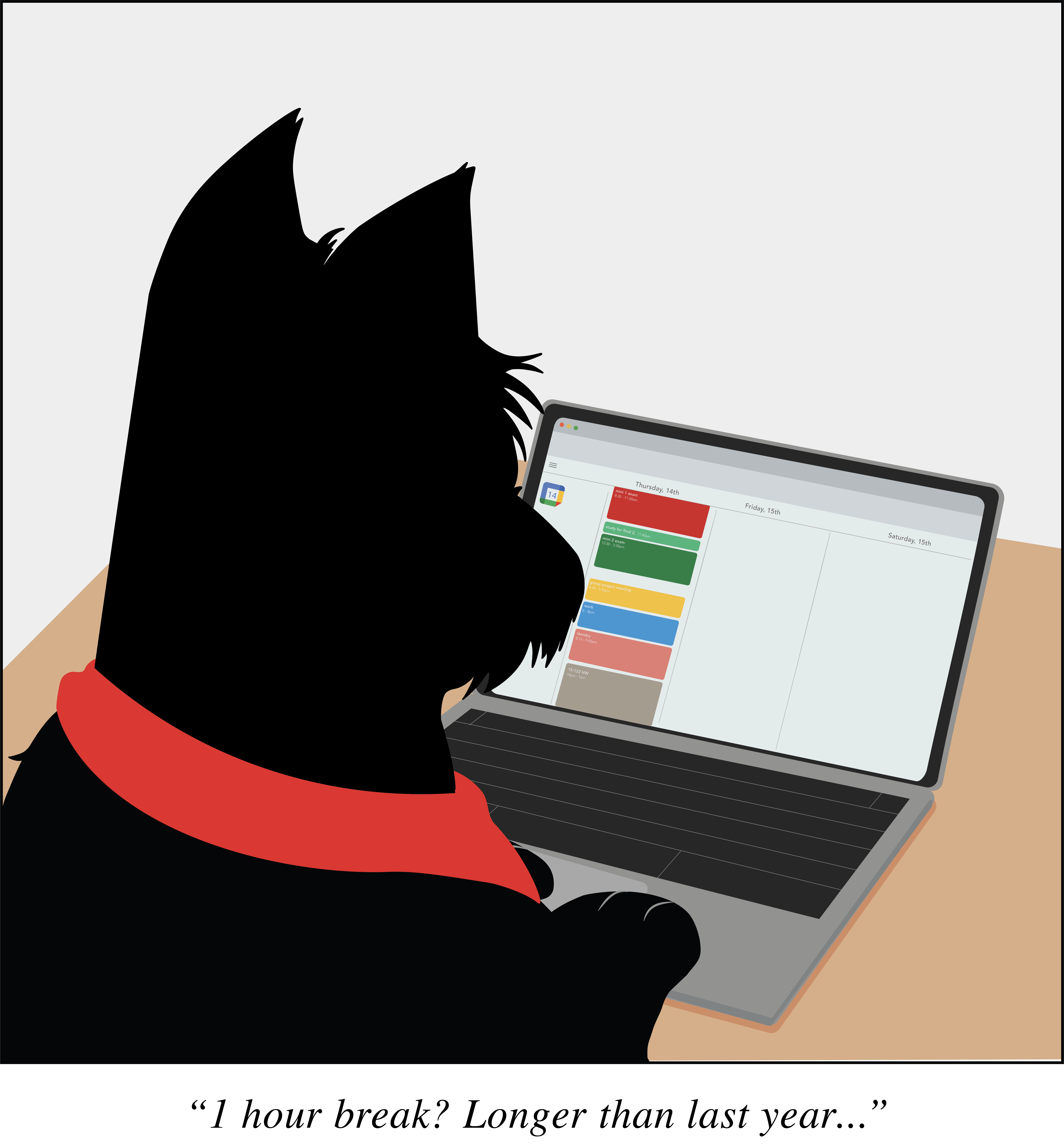 Credit: Anabelle Kang/
Editorials featured in the Forum section are solely the opinions of their individual authors.

Carnegie Mellon students are notoriously stressed: a point of pride for some, emotional distress for others, and, for most, just another part of life on campus. The university makes frequent attempts to encourage students to seek help and find ways to relax and let loose. However, it is hard to not feel like these encouragements are half-hearted when little is done to make student life less stressful. After slaving away for midterms, Carnegie Mellon students were treated to a single Thursday off and were expected to get right back to work the next day. This is not much of a break, as many had exams soon after and spent “fall break” in Hunt. Even worse, some had exams on the day of mid-semester break, effectively making it just another school day.

Mid-semester break is derived from the psychological understanding that breaks after stressful periods are crucially important to mental health. However, how are students supposed to take a break when they have to spend their single day off in the middle of the week, still stressed and bombarded with work, counting the days until Thanksgiving?

Not only that, but Carnegie Mellon students must watch their counterparts at other universities relish in several days off, if not a full week, while they are stuck in their rooms surrounded by papers due the following day. On the official Carnegie Mellon 2021-22 Academic Calendar, they had to mark Oct. 15 as a class day (in a vibrant red) because there was confusion about if there was class that day. While some were hoping for a long weekend, their hopes were dashed by the break day only lasting a single Thursday.

Not to say there is no logic to a single day off, after all, the length of the semester was made to ensure classes can be taught at a reasonable pace. Even the Thursday off has logic behind it — with Friday and Monday classes so often being canceled, Thursday classes could afford to take one class off. Still, while well-intentioned, the Thursday off did little to alleviate the pressure of midterms and quite honestly just became another day of homework and studying.
Due to the shortening of the semester to just 14 weeks instead of the pre-COVID 15 weeks, many classes are feeling more rushed to cover content or have ended up cutting content from the course. As such, some classes cannot afford for students not to complete work over a break day.

If a class has their weekly assignments due on Friday and there is no class, the professor might choose to move the due date to the following Monday, granting students the weekend to complete their assignment. However, a Thursday break day would grant one additional day for the student to get the assignment done — on a day that should be separate from academic work. This, of course, assumes the professor moved the original due date. This could lead to a pitfall for many students; they plan to do their work on their day off but wind up taking the day off since they are so burnt out and no work ends up getting done. The assignment is still due the following day, but it remains incomplete or rushed when the deadline arrives.

Having a single Thursday off in the middle of the semester is not the break that Carnegie Mellon students needed. While it may have been useful to balance out the academic calendar by taking a Thursday off instead of a Friday, the break failed to serve its purpose for many in the student body. While students at other universities were treated to several days off, Carnegie Mellon students were treated to a continuing cycle of stress and work.