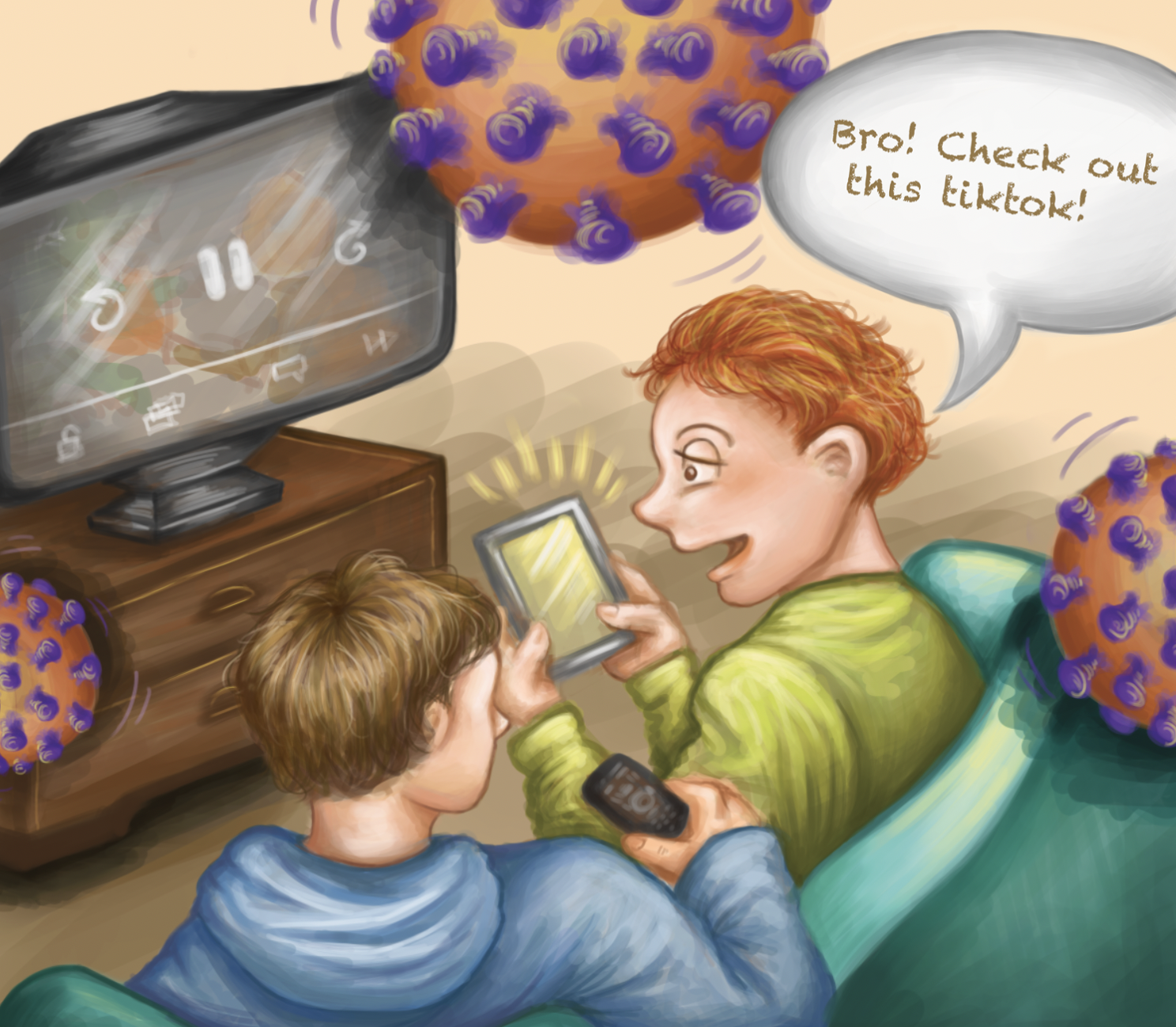 The COVID-19 pandemic, along with the rise of streaming services, shows how our patterns of media consumption have changed. (credit: Stacey Cho/)

In 2020, I saw one movie in theaters, and I didn’t like it. Fortunately, I didn’t feel as though my money was wasted, but the eight dollars I spent to see Parasite is nearly equivalent to the nine dollars I spend to watch Hulu over two months. It’s not just Hulu, either. There’s Netflix, which is nine dollars a month; HBO MAX, which is packaged with AT&T and T-Mobile cell phone plans; MUBI, which is free for students and cycles movies every 30 days; pirating movies is much easier, of course; and the world’s best platforms for movie-watching, YouTube and TikTok.

To live in 2020 is to live in the most gluttonous year of movie watching in cinematic history. One article from Forbes titled “The Key to Gen Z is Video Content” notes that Gen Z, on average, watches hours of shows and movies every day, and I don’t find this particularly surprising considering our generation still goes to the movies on top of our addictions to YouTube, TikTok, and streaming services. Not only do we have the blockbusters like Tenet or WW84, we have a wide array of art films, from the high box office capacity A24 movies to the low-capacity international movies like Shoplifters, and there are still the Netflix B-movies, the HBO miniseries, YouTube influencers, and TikTok hobbyists.

The former historical paradigm of agents packaging stars for certain pictures still holds true for one subsection of the movie-watching industry, and because of that, the theatrical movie industry will still thrive. People will still see Chris Evans, Chris Hemsworth, or Chris Pine at their AMC or theater chain, and their hunky personas still need a big screen.

Where this ultimately leaves the consumer (me, you, Gen Z) of these videos is in a wonderland of current movies. It would take me two minutes to find a pirated copy of Hot Tub Time Machine 2, and I have to say I am quite a fan of Netflix’s To All The Boys movies. Plus, we’ve all seen masterpiece YouTube videos like “Charlie bit my finger,” “Charlie the Unicorn,” and “Potter Puppet Pals” from the mind of genius Neil Ciceriga, all of which are readily available on YouTube.

There are the infamous Z movies with its current incarnation in The Room, but everyone has their own “so bad it’s good” movies to watch. Whether it’s the Troma collection on Amazon Prime, Robert Green’s The Wrong Ferrari, Rubber, Tremors, The Human Centipede, Troll 2 (not Disney’s Trolls), and all of the trash-core derivatives of post-war independent producers like American International Pictures, there is so much all the time.

While this pattern will often miss out on some pictures of the past that were never quite successful, like Cecil DeMille’s This Day and Age, it will be up to future movie historians to dig up old prints. There are already millions of pictures lost to the ages, but a number of historically valuable pieces are already partially recovered, like Oscar Micheaux’s Symbol of the Unconquered, with only more to come.

Ultimately, this just means that the movie industry is changing into a more substantial construction of communication. It’s no longer just the entertainment and news published by the studios. Today, movies are another system of communication, not dissimilar from the written word and the print publishing industry.

Buzzfeed listicles, short news briefs or press releases, and more are found with videos attached that replicate the text that’s linked. Not only are novels made into movies, but news articles are made into short documentaries in the same amount of time that it would take a person to write and edit the written word. In possibly the strangest of experiences, writers are starting to use their on-screen personas to sell writing to an audience.

Since the movie industry is no longer the centralized system of power that it once was, instead relying on the breadth of entertainment and its attendant power brokers, the role of an oppositional critic is essentially pessimistic. As A.S. Hamrah puts it in his essay on the entertainment industry:
When I think about those three films by Béla Tarr, Aleksei German, and Lars von Trier existing in the same world as the endlessly optimistic franchise films that keep coming out, the constant replacement of one thing by another that is just the same, the repetitive cycle of festivals that critics somehow manage to jet to every year on the fairy dust of other people’s money, the Tarr-German-von Trier pessimism keeps me going. They are the antidote that restores life by nullifying entertainment.
With all of the fun and entertaining videos pumped directly into our eyes, giving us our daily dose of serotonin, it’s easy to forget about movies that challenge us and force us to contemplate exactly where our bread and circuses come from.