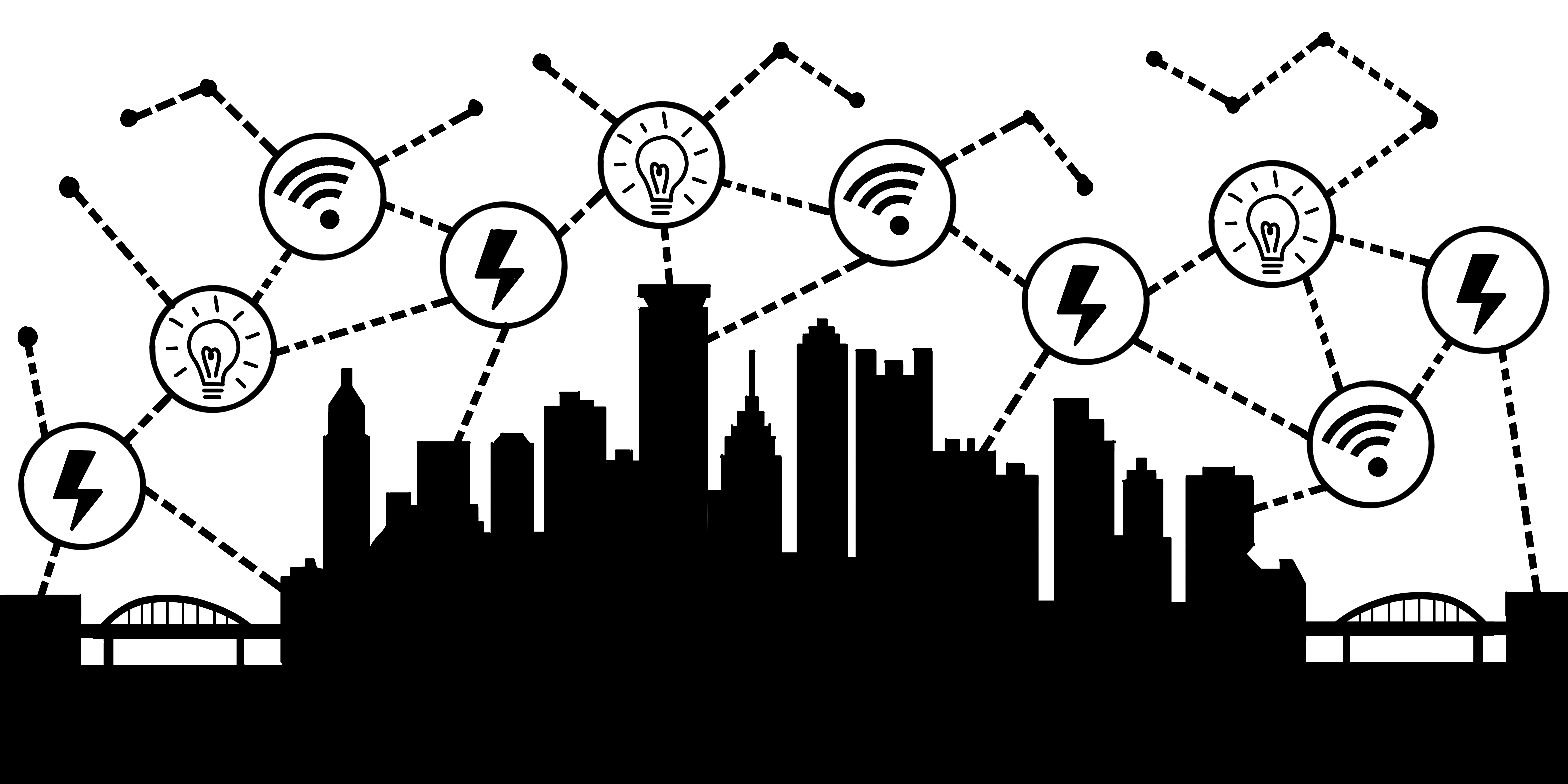 The United Nations projects that by 2050, 68 percent of the world will live in urban areas. These future cities will face challenges that we are only beginning to see today, from climate change disasters to the strain of higher populations.

To face these challenges, most major cities are adapting “smart cities” technology, which is designed to collect data on how to make public spaces more liveable and accessible, outsourcing some of the hard work of managing human flow to make more efficient use of public resources.

Pittsburgh has often been at the center of these discussions. Pittsburgh applied for the 2015-2016 Smart City Challenge set by the Department of Transportation. Though the $40 million dollar grant ultimately went to Columbus, Ohio, Pittsburgh was selected to be part of the Smart Cities Collective, a group of 22 midsize cities looking to improve implementation of technology in city infrastructure while avoiding what director of the collective, Russell Brooks, called in WESA “the shiny object syndrome” where cities look to scoop up new technologies and brand partnerships without thinking about the repercussions or other potential areas for investment.

Carnegie Mellon has been at the center of Pittsburgh’s discussions around how to develop and implement this tech. The Metro21 initiative was elevated last May to become the Metro21 Smart Cities Institute. Metro21 has worked with air sensors, traffic lights, and cameras, even collaborating with a lab in the Pittsburgh International Airport to develop projects, often in partnership with the city or county.

The institute has successfully implemented many projects throughout the city. The Tartan has written about Metro21’s grant to document light pollution in Pittsburgh.

Pittsburgh’s vision narrative for the Smart City Challenge cited the existence of Carnegie Mellon and the University of Pittsburgh as a reason that the city accelerated the implementation of smart city technology. The proposal stated: “Carnegie Mellon has led the charge internationally in applying forward-thinking technologies to real-world urban environments, including the much-praised Traffic21, Remaking Cities Institute, and Metro21, which served as the inspiration for the White House's new, national MetroLab Network.”

Though there have been many successes, and improving city infrastructure and habitability is a noble goal, there are essential considerations that those working to develop smart city technology should consider. For instance, privacy concerns over the introduction of Internet of Things devices into the home do not disappear when these devices inhabit public space.

Take, for example, the Smart Neighborhood Project, developed by Sidewalk Labs. It gained press attention after its director of privacy, Ann Cavoukian, resigned due to concerns that the data collected would not be deidentified.

Furthermore, it is important to ensure that smart cities make the city better for all inhabitants. This will not be true if developments that truly improve the lives of residents are centered in wealthier areas, or neglect residents whose disabilities might render public spaces harder to access. An article in the MIT Technology Review pointed out that the replacement of workers like “cashiers and receptionists” makes it harder for those who have trouble using a touch screen to complete necessary everyday tasks such as riding the subway or getting directions.

For instance, New York City has recently implemented LinkNYC kiosks, that offer WiFi and charging stations at various locations around the city. The move garnered criticism from some, as the stations became places to hang out and surf the internet for the homeless or for those who may not otherwise have other locations to charge their phones. This led to the banning of accessing adult content over LinkNYC WiFi and discussion about removing charging ports from the kiosks.

This immediate backlash against use of the kiosks by homeless people is indicative of the broader problem: who are smart city developments meant to serve? What is wrong with people using the resources available to the public, when they might be the ones who are in dire need of them? Why are people comfortable with public charging ports and WiFi when the users are young urban professionals who just don’t want to be guilted into buying a drink at the nearest Starbucks, but not comfortable when those who want to surf the internet at the shiny kiosks are homeless?

Smart cities initiatives also often include modernization of policing, which has manifested in the use of artificial intelligence to create predictive algorithms informing where policing should occur. This ‘predictive policing’ has been criticized as perpetuating past police biases; as the algorithms are trained on past policing and past arrests, any previous bias in policing is thus reinforced when an artificial intelligence algorithm tells police which neighborhoods or blocks to hang out at.

Last year, The Tartan reported a Metro21 smart cities initiative that was cited as justification for implementing predictive policing in Pittsburgh. The work cited by Pittsburgh Mayor Bill Peduto was a fire prediction algorithm created by Michael Madaio, a Ph.D. student in the Human-Computer Interaction Institute, which was remarkably accurate predicting where fires would occur and which buildings and locations held the most risk of fire.
Mayor Peduto was so impressed with the algorithm’s success that it inspired a meeting with Carnegie Mellon researchers to discuss using similar algorithms to aid in policing, which led to the implementation of predictive policing in Pittsburgh.

But Madaio, whose work inspired this police modernization effort, told The Tartan that he had “serious misgivings about the ethical risks of using predictive policing algorithms.” The algorithm currently used by Pittsburgh police is shrouded in secrecy; it prevents third-party analysis and accountability, whereas the fire-prevention tool is completely open-source.

Though both efforts were initiatives to modernize cities, and both came from the same research department at Carnegie Mellon, tools like the fire-prevention algorithm and the neural-network being used by the Pittsburgh police create completely different outcomes and are clearly disparate in their openness and accountability.

Smart cities initiatives run the risk of being akin to the bright murals painted in a city’s least fortunate neighborhood: an attempt at betterment without addressing the fundamental and systematic causes of injustice in today’s cities. Without proper ethical considerations, they could even be destructive.