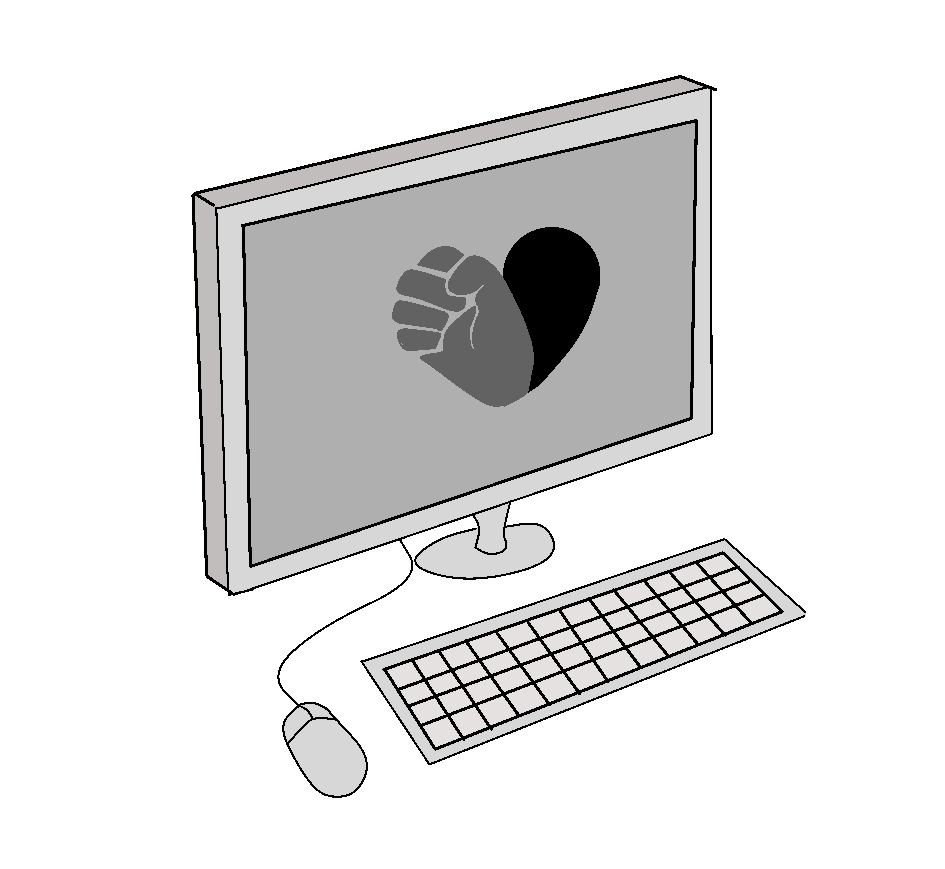 Credit: Rebecca Enright/Art Editor
Editorials featured in the Forum section are solely the opinions of their individual authors.

On March 22, the University of Pittsburgh Innovation Institute hosted its first annual “Hacking for Humanity” event, a 24 hour hackathon open to all university students in the area. Event organizers described this as a way for students to find interdisciplinary solutions to complex problems. This year, the event was focused on finding prototypes which can be used to track and prosecute perpetrators of human trafficking.

Sex Workers Outreach Project (SWOP) and SWOP Behind Bars, along with the Thomas Merton Center, the PA Student Power Network, Students for a Democratic Society, Pitt Progressives, Pittsburgh Coalition of the International Women’s Strike, BiPgh, Trans Youniting, TransPride Pittsburgh, Hot Metal Hardware, and Fair Moans all participated in coalition to oppose this event for two main reasons: the criminalization of consensual sex workers and the belief that law enforcement is a solution to these issues. An alternative keynote speaker was organized by the coalition, which took place on Friday, March 22, just two flights of stairs above the Hackathon for Good’s actual keynote speaker. Students from Carnegie Mellon and Pitt helped to organize a walkout from the hackathon at the time of the keynote speaker, succeeding in bringing a few of the hackers along with them. The alternative keynote speaker event concluded with a productive discussion of different coding projects that would increase safety without relying on law enforcement.

While forced labor and workplace violence may seem like uncontroversial issues, some local community coalitions and organizations oppose this event and others like it. Recently, the Pittsburgh chapter of the Sex Workers’ Outreach Project posted an open letter on its Facebook page asking Pitt to cancel the event. One of SWOP Pittsburgh’s main objections is to the use of “predictive policing” software in the quest to end human trafficking. In their letter, they wrote:

“Regardless of good intentions, such software will be used for the surveillance and prosecution of consensual sex work and will result in the increased abuse, harm, and prosecution of trafficked women. Because most victims of sex trafficking are arrested and deported for crimes related to sex trafficking, they will not be protected, but rather targeted by increased police surveillance. Female, trans, and nonbinary immigrants, and sex workers will be unfairly targeted by this collection of data.”

Laws and initiatives which target human trafficking often conflate sex trafficking with consensual sex work. A recent example is the “Allow States and Victims to Fight Online Sex Trafficking Act,” otherwise known as FOSTA-SESTA. This bill, touted as a tool against trafficking, holds websites criminally liable when users post materials “that unlawfully promote and facilitate prostitution.” This terminology lumps consensual sex work and sex trafficking together under the umbrella of “prostitution.” The result of this conflation is that consensual sex workers can no longer post ads, screen clients, or share the names of violent or dangerous clients. Many sex workers have been forced off of the internet and back to the streets, where work is far more unpredictable and dangerous. Gabrielle Monroe of SWOP Behind Bars reflected on this change:

While human trafficking is a serious problem in need of serious solutions, law enforcement is not necessarily the answer. Studies consistently show that criminalization harms sex workers and does little to nothing to make an impact on sex trafficking. Sex workers report being sexually assaulted by police, sometimes during condoned sting operations in which officers “legally” have sex to completion multiple times with sex workers. These sting operations often result in few or no trafficking arrests. In many cases the only arrests made are of sex workers, trafficking victims, or customers, not “traffickers.”

Criminalization of sex work harms everyone in the industry. Moriah Ella Mason of SWOP-Pittsburgh gave us this example:
“The criminalization of prostitution makes it easier for employers within the legal parts of the sex industry to manipulate and abuse employees... When I was working as a stripper I was raped by a customer in a private lap-dance booth. I was too scared to report it to management. I had been warned by other dancers that if you complained to the managers they would call the police on you and claim you were soliciting sex. I have no doubt that the police would take their word over mine.”

There are many alternatives to criminalization. Studies continue to prove that programs to reduce poverty and gender inequality are much more effective in the fight against sex trafficking. Decriminalization also means that individuals engaging in consensual sex work are not punished, victimized, and labelled as criminals with permanent records in the name of “abolition.” As Ine Vanwesenbeeck wrote in Archives of Sexual Behavior, “sex work criminalization is barking up the wrong tree because it is fighting sex instead of crime…” Ultimately, the people best suited to craft safe, effective anti-trafficking policies are sex workers themselves. Sex workers are closest to the problem, have the deepest insight into the nuanced working conditions of the sex industry, and, like those in any profession, desire to work safely and unobstructed while also preventing forced labor or workplace abuses. Many individuals engaged in consensual sex work are survivors of trafficking themselves and can provide valuable information related to these experiences. Until lawmakers and nonprofits include the voices of sex workers in the planning and implementation of policy, their actions will continue to cause harm and fail to meaningfully combat sex trafficking.

The anti-trafficking hackathon was a well-intentioned initiative, but in actuality only served to harm those it purports to help.