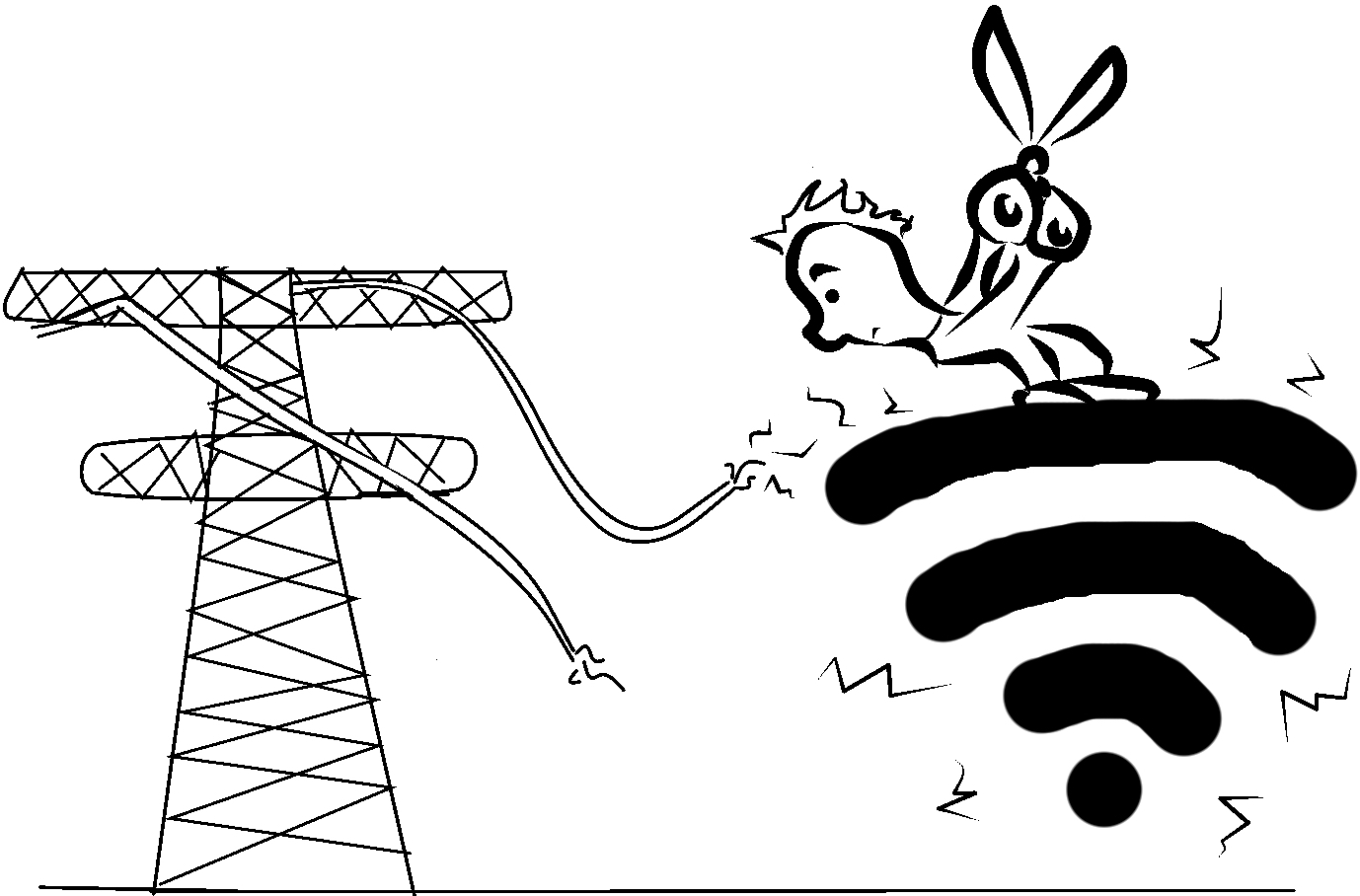 We are constantly surrounded by energy in the form of electromagnetic waves. Wouldn’t it be nice if we could take advantage of it? In a recently published paper in the journal Nature, a future Carnegie Mellon University faculty member, Dr. Xu Zhang, and co-authors describe a novel device that can charge electronics using the energy from radio frequency waves, including Wi-Fi signals.

Envisioned by Nikola Tesla, wireless energy transmission was made possible in the 1960s with the invention of the rectenna. A blend of the words rectifying and antenna, rectennas are receiving antennas that convert energy from electromagnetic waves into electricity. Passive RFID cards are one familiar example — when they are within range, the tags can use energy from the radio waves emitted by the reader to transmit back their identifying data.

Wi-Fi signals are also made of radio waves. Receiving antennas can wirelessly harvest electromagnetic radiation in the Wi-Fi (2.4 GHz and 5.9 GHz), global satellite positioning (1.58 GHz and 1.22 GHz), the cellular communications fourth-generation (4G) (1.7 GHz and 1.9 GHz), and Bluetooth (2.4 GHz) bands and convert the energy from these electromagnetic waves to alternating current (AC). The AC electricity is then sent to the rectifier, which converts it to direct current (DC) electricity.

Previously, devices able to efficiently harvest radio frequency energy have required rigid materials. The device these researchers are working on is novel because it features a flexible two-dimensional rectenna outperforming all previous flexible rectennas.

They do this using a rectifier made from a molybdenum disulfide (MoS2) layer that is only 3 atoms thick. At this thickness, the MoS2 behaves differently than the bulk material — the atoms rearrange themselves when exposed to certain chemicals. This means the material can behave like a switch, changing from a semiconductor to metallic structure. The MoS2 creates what’s called a Schottky diode, a junction of semiconductor and metal. The diode described in their paper can convert signals at higher frequencies because the structure reduces the extra energy stored by certain materials used in electronics, known as parasitic capacitance. The researchers’ design reduces parasitic capacitance by an order of magnitude compared to current flexible rectifiers, meaning they can capture the previously elusive high-frequency Wi-Fi band radio waves.

“Such a design has allowed a fully flexible device that is fast enough to cover most of the radio frequency bands used by our daily electronics, including Wi-Fi, Bluetooth, cellular LTE, and many others,” says first author Xu Zhang. Dr. Zhang, who is currently a post-doctoral researcher at MIT, will join us at Carnegie Mellon as a tenure-track assistant professor in the Electrical and Computer Engineering department in September. The paper lists 15 other co-authors from MIT, Technical University of Madrid, the Army Research Laboratory, Charles III University of Madrid, Boston University, and the University of Southern California.

The authors describe their design as a building block: something that can be integrated into and provide power for the fast-evolving world of flexible electronic systems. The MoS2 sheets for the rectifiers can be produced inexpensively, enabling the researchers’ vision of a “smart-skin” application: a distributed network of sensors covering and providing information about our buildings and infrastructure.

Another potential application for this technology is in medical devices. Co-author Jesús Grajal from the Technical University of Madrid says that they could allow implantable medical devices to transmit patients’ health data, since radio waves in the form of Wi-Fi, Bluetooth, and cellular signals are constantly surrounding us. This presents an advantage over current lithium-ion battery technologies, which can be fatal if they leak and have far more limited capacity due to space and chemical issues.

Right now, the device can produce 40 microwatts when exposed to typical Wi-Fi power levels, which is enough to power an LED or a silicon chip. It doesn’t yet produce enough power to charge a smartwatch, but the authors plan on continuing their work of building arrays of these devices, which could scale to provide the amount of power needed for these appliances, creating a world of self-sustaining electronics.