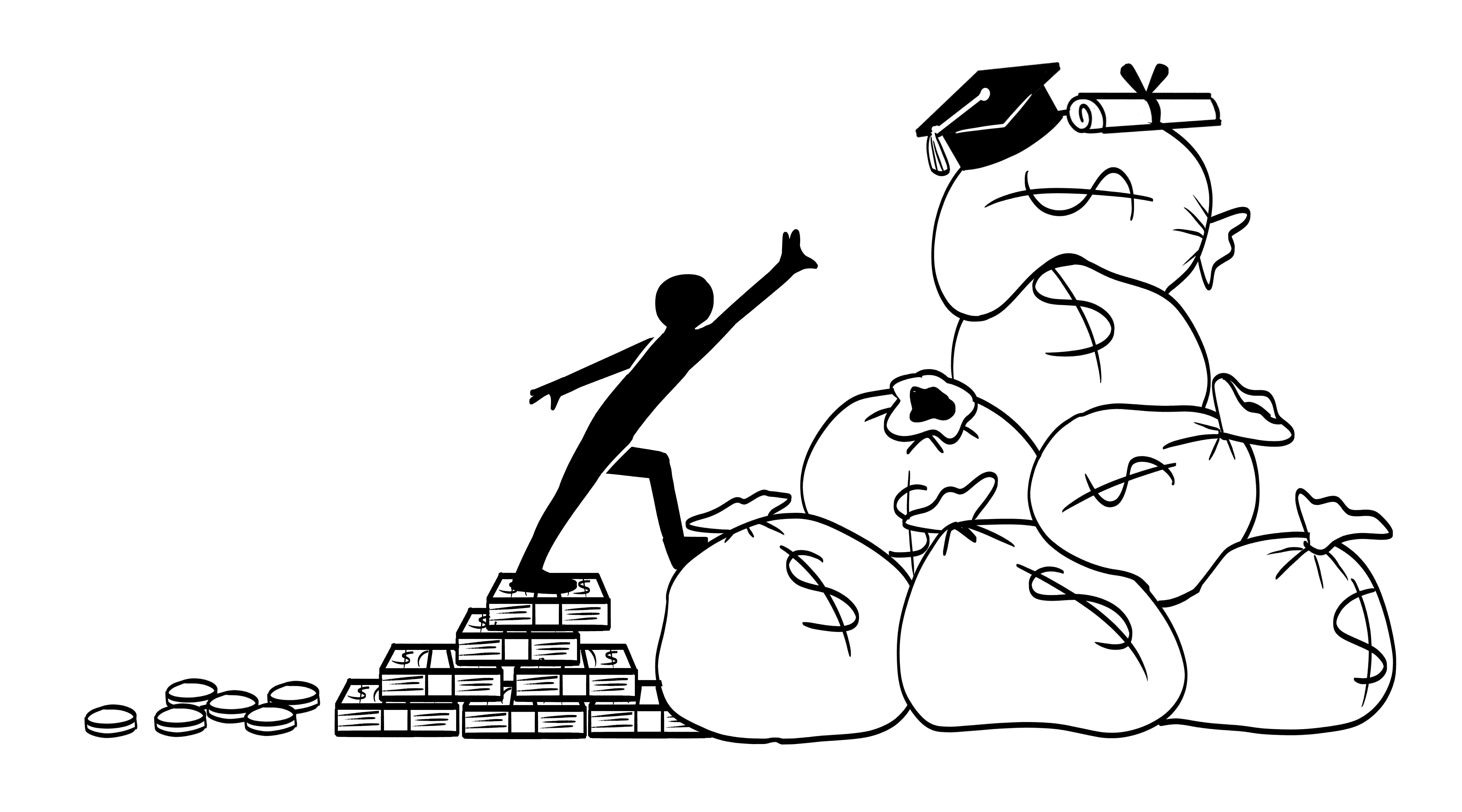 Tuition hikes, much like death and taxes, are one of the few sure things we can cling to in this time of mass uncertainty. That helped blunt the sinking feeling that came with the recent communique from our friendly Carnegie Mellon, letting us know that the benevolent board of trustees “has approved” a “2.9 percent increase in undergraduate tuition…as well as fees for all students.” 2.9 percent this year, 2.87 percent last year, 3.0 percent the year before. As regular as clockwork, as dependable as the tides. It’s at least comforting to know that “CMU is committed to keeping any cost increase as low as we can.” It might feel a little exploitative otherwise.

Carnegie Mellon is not alone in their love of rate hikes; tuition has increased across the country, across the board. From private to public to for-profit the price of every institution of higher education has increased dramatically in the last 40 years, far outstripping the rate of inflation, all while these universities tout the “value” of their degree programs and promise a better, more stable, higher-earning future for graduates.

According to the 1989 Carnegie Mellon Factbook, the total estimated cost of attending Carnegie Mellon in 1984 was $13,200. Adjusted for inflation, that’s equivalent to $31,433.89 in 2019 dollars, or less than half the current estimated total cost of $72,283. The trend is universal: school costs more than it used to. But the universal nature of the trend doesn’t mean that we should just throw up our hands, sign our student loan documents, and accept the burden of a lifetime of payments. The Carnegie Mellon Enrollment Services document, “The Value of Carnegie Mellon”, states that “various factors” influence tuition hikes, like “the competitiveness of faculty salaries” or “the role of tuition revenue in the university’s budget” or the hilariously vague “national and international economic factors.” The spectacular cost of a degree from Carnegie Mellon is spoken of as an inevitability in the document, with the university justifying the cost without directly engaging with it. Instead of writing, say, “We charge this much because we can,” they write “Like many of its peers, Carnegie Mellon is an expensive institution.” It can't possibly be the university’s fault, or President Jahanian’s $800,000 a year base salary, or the crystal inauguration palaces, or the constant churn of building projects. Tuition just goes up every year because it goes up every year.

Part of this is is rooted in the 2008 financial collapse. After bankers brought the world economy to a shuddering halt, states were forced to cut public funding for universities, shifting more of the costs onto students and their families. This in turn forces students to take on debt, the fancy student loan kind. Since student loan debt is not affected by bankruptcy, according to “The Value of Carnegie Mellon,” students are then trapped under the weight of “several hundred dollars a month toward their student loans for a period of approximately 10 years.” According to The Washington Post, the current student loan debt in the United States is $1,530,000,000,000, a collective burden on our society that is driving more and more young people to put off buying houses, having kids, or living the lives our parents and grandparents were able to live.

Not that we should all aspire to have those lives – houses and kids aren’t for everyone, and middle-class life creates carbon emissions in the billions of tonnes each year. However, the fact remains that the barrier to a dignified existence — the one we were all led to believe relied on good grades, a good school, making the right moves — is much higher for us than it was for previous generations. Wage growth has stagnated, even as the stock market soars. Economic gains are being shuttled off to the upper class, meaning private universities like Carnegie Mellon have no incentive to cut tuition. Most of the student body can absorb the cost, and those who can’t will compete for scholarships or take out even more loans.

In the absence of wealthy parents, a student graduating from Carnegie Mellon is guaranteed a lead weight around their neck for decades, especially if they aren't joining corporate America. Without one of those golden tickets to an Amazon company town or Raytheon Acres, the “several hundred dollars a month” Carnegie Mellon tells us to expect becomes a crippling burden. Better hope you don’t get sick, or your rent doesn’t go up, or you aren’t laid off in a ritual bloodletting of human capital.

A report from the University College of London found that student loan debt has huge consequences for those living with it, negatively affecting “career choices, home ownership, health, finance, retirement, and, for women, getting married and having children.” The university should be making every effort to keep students debt free, not turning the screws and justifying it with cheap excuses. Carnegie Mellon’s endowment increased 11.2 percent last year, making it now worth $1,900,000,000. If enormous returns like that can’t stop the tuition hikes, it’d be great to know what would.

More than 3,000 students signed a petition to cancel classes last Wednesday, Jan. 30. These signatures might not have influenced the administration’s reversal at all, but they do demonstrate the ability we students have to demand change. Online petitions are online petitions, but if we band together and demonstrate the power we have as a collective body, we could end up end up turning the tide.