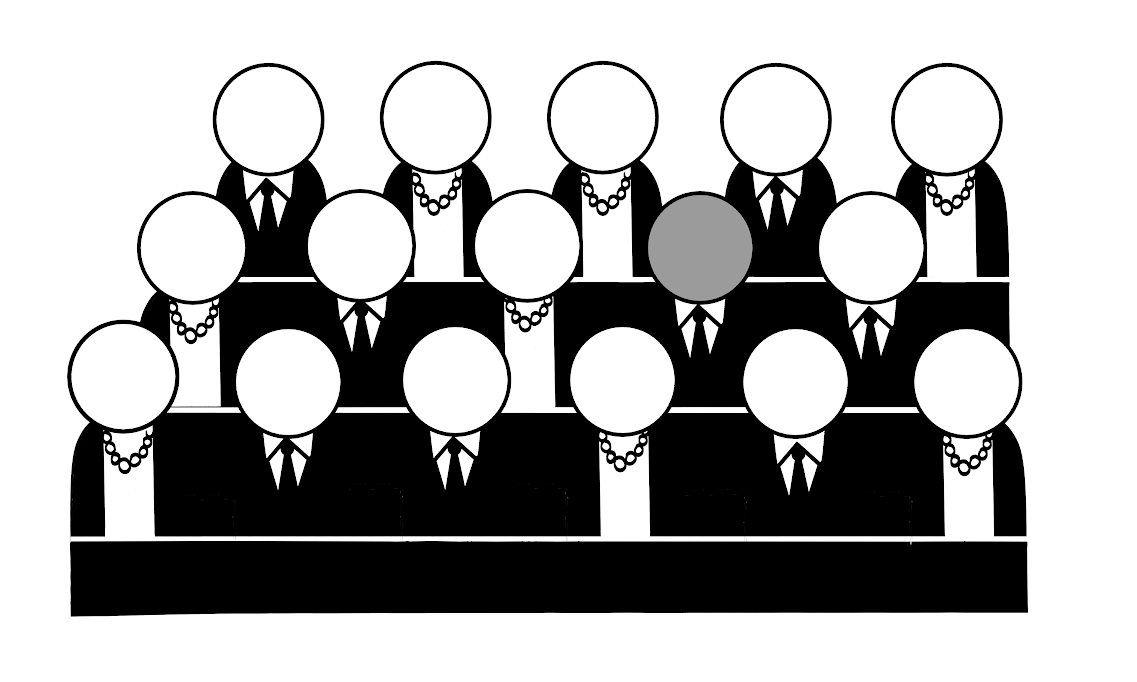 Diversity is an important part of any college campus, which is why it is always part of a conversation as a university grows over the years. “Diversity” can mean many things: it can signify the distribution of the majors that students choose to engage in, or the balance of genders at a school. Diversity today, however, is commonly used to talk about the racial makeup of a college’s student population.

At a school like Carnegie Mellon, where there is a large white and Asian student population (around 30 percent for each), and a substantial international population (around 20 percent), it comes as no surprise that the school’s student body is lacking in black and Hispanic individuals, who make up 4.5 and 8.3 percent, respectively. These small percentages are common across most major private universities.

Professor Nico Slate, a Professor of History and the director of Graduate Studies at Carnegie Mellon who has explored in his research civil rights movements in the U.S. and internationally, affirms this and believes that much more can be done to make Carnegie Mellon more diverse and inclusive at all levels “from our undergraduate student body to our graduate students and faculty.”

“I would also stress that our diversity efforts should, in my opinion, have a special focus on underrepresented populations and students from low-income backgrounds or [those] who are the first in their families to attend college,” Slate continued.

While the racial diversity of the student body is important, it is crucial to look at the many educational benefits that can be attained by also having a diverse faculty. According to a 2017 headcount report released by the university, the percentage of professors who self-identified as minorities across each college are 2.5 for the Entertainment and Technology Center, 2.69 for the College of Engineering, 5 for the School of Computer Science, 5 for the Tepper School of Business, 6 for the College of Fine Arts, 6.9 for Heinz College, 7 for the Dietrich College of Humanities and Social Sciences, and 7 for the Mellon College of Science. Dietrich and Tepper had the largest percentage of female faculty and staff members, both over 50 percent.

With such a small number of minority professors, it’s no surprise that the visibility of such professors is often easy to miss. Many of us here at The Tartan took a moment to think about our own experiences taking courses with professors who were mainly black or Hispanic. After wracking our brains for over a minute, many of us were only able to identify one experience we had with a professor that is of a racial minority. Some, who have been at this college for over three years, could not identify having interacted with any.

What’s also surprising is the lack of minority professors when looking at specific departments within a college. In particular, the Physics department has zero black professors while the chemistry department has one. Whereas quite a few of us here at The Tartan are in Dietrich College, which does have a handful of minority professors, a common theme we found is that many of their courses were focused on race. While the perspectives of such professors are highly valued on such topics, it does seem that there’s room to expand on the application of the perspectives of these professors.

While increasing the diversity of the student population is, of course, important, there is a lack of representation of the people that students will be interacting with and looking to for guidance as they pursue their chosen fields of study. As generations and generations of students keep transitioning in and out of the school, many of the faces that teach these new young scholars remain constant. Apart from the invaluable knowledge that they impart daily, professors have the responsibility of representing what accomplished individuals look like in various fields, in a sense, being the face of those fields for students. It is clearly problematic when many minority students are scarcely able to see themselves reflected in their teachers. Additionally, professors are often involved in research that Carnegie Mellon puts out. If diverse perspectives are not included in this research, its focuses and conclusions are not accurate representations of the world and therefore may be biased.

Having a more diverse faculty can clearly have a great educational impact, as it can produce more diverse readings, scholarly ideas, and even teaching methods. It can expose students to different cultures, helping them to value differences and connect with more people from different walks of life.

Professor Slate is a strong supporter of the President’s Postdoctoral Fellowship, one program that is attempting to diversify the school’s faculty. According to the program’s website, the program seeks to recruit new faculty to the university by offering the possibility of a postdoctoral position with the prospect of a succeeding faculty position.

Another important program is the 12-person Committee on Faculty Diversity, recently created by President Farnam Jahanian to “gain insight into the challenges and opportunities of diversity on the CMU campus” and to advise President Jahanian on how to recruit a more diverse faculty. Professor Richard Purcell believes that this initiative shows the university’s “commitment to creating a university experience that mirrors the cultural and intellectual diversity of our planet.”

“In the face of efforts by the current [Trump] Presidential administration and other entities to roll back the hard fought victories achieved by people of color, women, and LBGTQ+ folks I hope our university continues its commit to diversity that addresses historic patterns of discrimination in the United States,” states Purcell.

While efforts are beginning to be pursued to address such issues at Carnegie Mellon, no doubt due to feedback from student, faculty, and staff members, it is important that we as a community note the important educational and societal benefits that such a potential commitment on the university’s part can have on the entire population here at Carnegie Mellon. “Our responsibility as students, faculty and staff is to make sure we hold our university accountable to that commitment,” states Purcell.