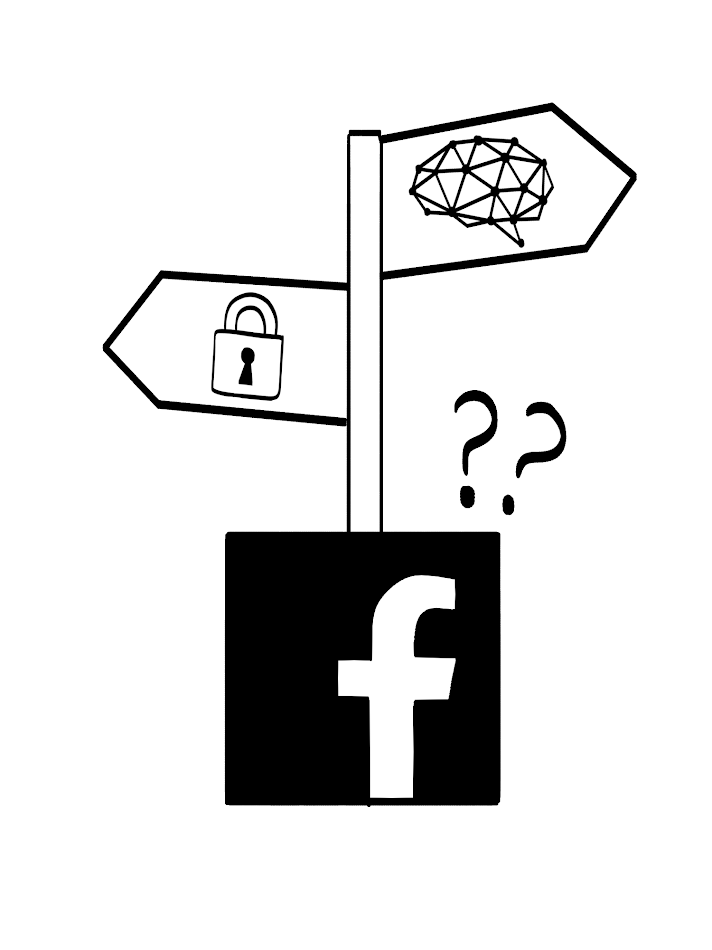 Have you liked Carnegie Mellon Memes for Spicy Teens? If so, Facebook knows about it. Facebook collects data from all of your activity, from likes to personal information to events you attend. Only recently, however, did we find out the extent to which this data is used to manipulate us. A recent scandal involving Facebook has revealed an unprecedented invasion of privacy that is raising a serious question of how we, as a society, are going to deal with data privacy.

According to The New York Times, it all started with Aleksandr Kogan, a Russian-American psychology professor at Cambridge University. Kogan received permission from Facebook to collect data for academic research. He created an app, thisisyourdigitallife, that paid Facebook users to answer a survey. However, the app didn’t only collect the data of users who consented to the survey; it scraped data from every user’s network of friends, expanding the data set from 270,000 profiles to 50 million.

Enter Cambridge Analytica, a political data firm. Cambridge Analytica bought the data from Kogan and started categorizing the users with a complex technique developed at Cambridge University. They used the data to build highly specific personality profiles. With an unprecedented understanding of their target audience, Cambridge Analytica crafted advertisements and political campaign materials that delved into the heart of each user’s fears and beliefs, allegedly influencing the Brexit decision and swinging the election in Donald Trump’s favor.

According to The Guardian, Facebook’s policy “allowed only a collection of friends’ data to improve user experience in the app and barred it being sold on or used for advertising.” Cambridge Analytica and Kogan clearly violated these terms, and Facebook removed the app from the site in 2015. They also requested that everyone with access to the user data to delete it immediately.

Facebook’s actions may seem reassuring, but they were only the bare minimum. There were several steps Facebook could’ve taken to ensure user security, but they failed to do so. For example, they did not warn their users that their data may have been collected, even though a majority of American states have laws requiring notification in cases of data breach. Facebook may have escaped this regulation through their insistent claims that it was not a breach, but quibbling about terminology brings very little comfort to compromised users.

Furthermore, Facebook failed to certify that the data was deleted. According to Christopher Wylie, the former Director of Research at Cambridge Analytica, Facebook only sent a letter asking him to destroy the data. The Guardian reports that Wylie did not answer the letter for weeks, and Facebook did nothing to pursue an answer. When Wylie agreed to destroy the data, Facebook took him at his word, failing to follow up with forensic checks on his computers or storage.

“That to me was the most astonishing thing,” Wylie said. “They waited two years and did absolutely nothing to check that the data was deleted. All they asked me to do was tick a box on a form and post it back.”

Tensions about data privacy have been simmering for years, and now they are bursting into the spotlight. News of the scandal recently found its way through dozens of reputable news sites. Senators and public figures weighed in to voice their concerns. Facebook’s shares plummeted. According to The New York Times, the British Information Commissioner’s Office is doing an inquiry into the relationship between Cambridge Analytica and Facebook.

Now, we have an important decision to make about data privacy. We can hand wave the scandal away, claiming that it’s just part of using social media. Several people I know are tempted to do so, saying things like, “I already figured stuff like that was happening behind the scenes. It’s not that big of a deal.”

But, it is a big deal. Our current state of politics can attest to that.

Of course, some responsibility lies on the shoulders of the users. We have to be discerning when dealing with advertisements and political propaganda, critically engaging with the material that finds its way onto our Facebook feed. But, we also should be able to browse social media without worrying that liking a page about curly fries will result in an onslaught of hyper specific campaign ads.

So yes, we could dismiss the scandal. Or we could fight for higher levels of transparency, increased protections of privacy, and data use regulations. It is within our rights to demand a higher quality product from a company that serves our needs, and it is practically our duty to engage with a tech giant that wields real influence over the state of our world. If Facebook agrees, then I’ll happily scroll down my feed. If not, then there are other ways to know what my friends are up to.

I’ve made my decision. Now I’m just waiting for Facebook to make theirs.