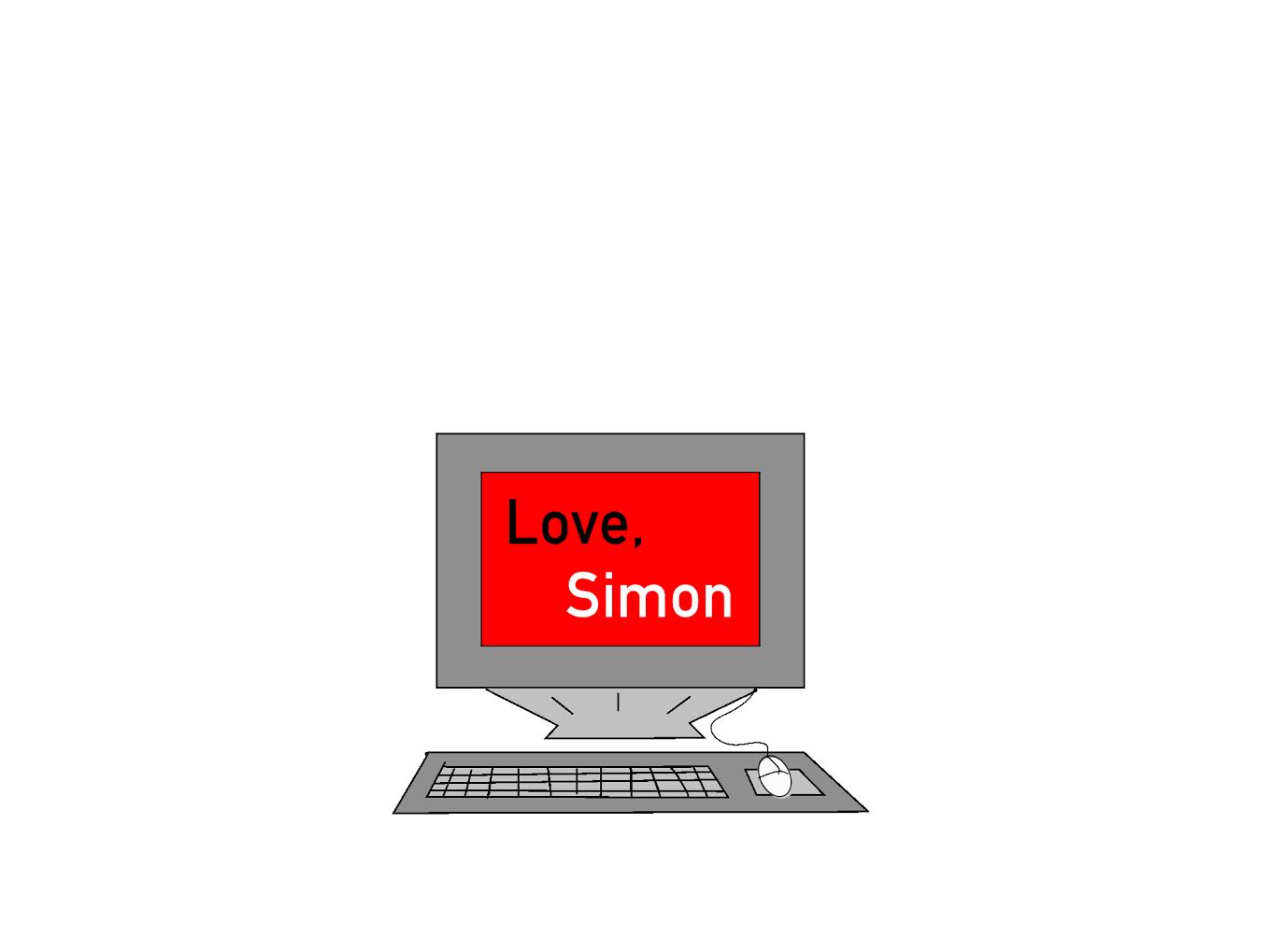 “Everyone deserves a great love story,” declared 20th Century Fox when promoting the movie. And, a great love story is definitely what you get. But, Love, Simon is so much more than a cute high school romance. It is also a powerful story about identity, growth, and pushing back against societal expectations. Though unfortunate that it has taken so long, it seems appropriate then that Love, Simon broke the Hollywood mold by becoming the first romance with a gay protagonist to be produced by a major film studio.

Whoopi Goldberg once said that “normal is nothing more than a cycle on a washing machine.” Normal therefore should not be an adjective for people. Society should not have standards for others’ identities. And, in the new romantic comedy Love, Simon, this issue of social normalcy is of utmost importance. Simon wants to know, “Why is straight the default?”

Adapted from young adult novel Simon vs. the Homo Sapiens Agenda by Becky Albertalli, Love, Simon follows Simon Spier, a high schooler in Atlanta who has a secret: he’s gay. The only one who knows is his online pen pal, Blue, another closeted gay teen at his school. After exchanging many emails (under the pseudonym Jacques), Simon begins to fall in love with his mystery classmate. However, as he begins to get closer to Blue and tries to determine his identity, Simon’s life quickly grows more and more complicated.

After Simon accidentally forgets to log out of his email, his classmate Martin discovers his secret and threatens to expose Simon to the whole school unless he helps him to get the attention of one of Simon’s best friends, Abby. Unfortunately for Simon, his efforts to help his blackmailer are futile and chaos ensues as Martin vengefully outs him online.

Inspired in some ways by John Hughes’ films, director Greg Berlanti had large shoes to fill, but he does not disappoint. (And if you know me, you’ll know I am a huge John Hughes fan.) The film has its own unique story and charm, but it also shares characteristics of some of the most iconic teen flicks of the 1980s. Love, Simon deserves to be acknowledged in contemporary film canon.

With a fantastic cast, including Nick Robinson, Katherine Langford, Jennifer Garner, and Josh Duhamel, the story truly came to life. Each cast member was perfect for their respective roles and the relationship Simon had with each of the characters truly felt human and authentic. In particular, Simon’s relationship with his parents was unique and raw. Unlike most fictional worlds following teen characters, Simon actually had a strong relationship with his family and continued to maintain that relationship throughout the film. Oftentimes family is removed or is a negative source of energy in teen characters’ lives, but this was refreshingly not the case in Love, Simon.

As a book addict with high standards for movie adaptations, I was pleasantly surprised by how everything translated to screen. I was especially nervous how they would handle the email exchanges, but they presented it in an exciting way, juxtaposing Simon’s messages with vignettes of Blue’s life based on Simon’s imagination as he struggles to solve the mystery. Most adaptations have to cut beloved scenes and details when presented in film, but Love, Simon remained true to its roots and gave the fans what they wanted, Oreo obsession and all.

Love, Simon is a must-see film. It made me cry, it made me laugh, and it definitely made me flail in excitement like the fangirl I am. It authentically captures the teen experience, from the highest highs to the lowest lows, and perfectly balances humor, fun, and an adorable romance with critical topics about identity and acceptance.