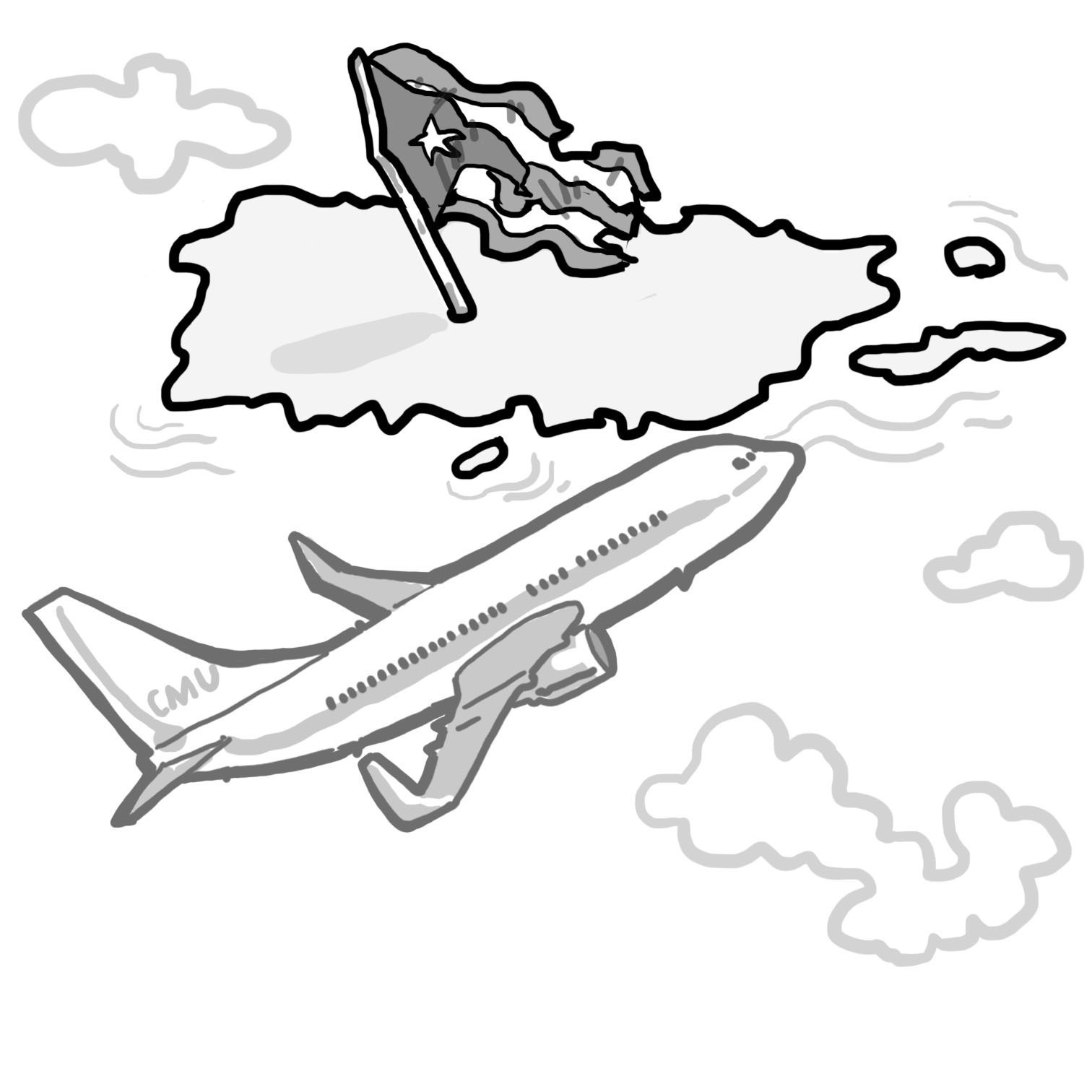 Over spring break, a group of 13 Carnegie Mellon University students and a student from the Community College of Allegheny County, representing the Homewood Children’s Village, will travel to Puerto Rico to take part in an Alternative Spring Break program. The 10-day trip, from March 9 to March 18, will be spent helping local farmers rebuild and plant crops and meeting with government officials and local community leaders to learn about ways locals have struggled to survive after the disastrous effects of Hurricane Maria.

The trip is being led by Tiffany Taulton, a graduate student at Carnegie Mellon’s Heinz College of Information Systems and Public Policy, Caroline Morin, a senior Chemical and Biomedical Engineering double-major, and Sterling Wells, a junior majoring in Decision Science.

Having spent her early childhood in Puerto Rico, Taulton was heartbroken to read about the damage caused by Hurricane Maria and knew that she needed to help. Last year, Taulton was one of many students to support Rosana Guernica, a junior Decision Science major, on her trip to deliver hospital supplies to the island and evacuate critical care patients. “It was an exciting moment to fly over Puerto Rico after such a long absence,” she says, reflecting on what it was like to revisit her childhood home. “The landscape of San Juan had changed a lot. And, it was shocking to see how many roofs were covered in sky blue tarp. I knew instinctively that the situation in the countryside would be even worse.”

Before traveling with Guernica, Taulton was planning to make a trip herself to the island, but put that on hold to help with that mission. However, because of her experience accompanying Guernica, she felt that she wanted to sustain the impact that the trip had on the island. “I began to think of how students from the College of Engineering, Tepper, and even those studying healthcare and psychology could learn from the trip.”

The Alternative Spring Break program is modeled after a similar trip that she participated in as an undergraduate at Georgetown University. “That trip focused on border relations between the U.S. and Mexico, and had a profound impact on my life — both in terms of my worldview and my career trajectory,” says Taulton. “I knew that students at Heinz could benefit from a similar experience, and that Puerto Rico could greatly benefit from having future government leaders that had formed a personal relationship with the island. Even if students never returned to Puerto Rico, or worked with the federal government on that level, they would benefit from the experience of understanding how climate change affects communities, and they would leave the trip with a better idea of both how to prevent and mitigate that suffering through good disaster management and climate resilient planning.”

Taulton eventually joined forces with Morin and Wells, who both also helped Guernica raise funds for her trip, and expressed interest in Taulton’s plan to conduct a longer mission on the island.

“After two months of struggling to connect with farmers by phone and on Facebook, and thinking about how difficult my second semester classes were expected to be, I was ready to give up,” says Taulton. “But, Caroline and Sterling both contacted me, asking if I was still going to do it and then volunteered to help me get it done. I told them that I would work with them for a week to see what we could get done, but if we couldn’t get the farm location settled, that would be the end of it. As luck would have it, phone calls and Facebook messages started going through and we were able to get the basic plan finished in that week!”

The trip will be spent helping Puerto Rican farmers plant crops and clean up their fields as well as helping the Puerto Rican economy by purchasing tours, project supplies, and lodging from local businesses that are struggling, as well as donating to organizations that they will be visiting to learn about their work.

“We have four foci for the tours: agroecology, solar power, land trusts and cooperatives,” says Taulton. “Basically, food and power, and how communities can help themselves in the absence of government assistance. We will also have one student from the Homewood Children’s Village accompanying us to see how these lessons can be applied to Homewood for people-centered, resilient, community development.”

Taulton hopes the trip will prepare students to serve the public in the fields of health policy, food policy, urban planning, and climate resilience, bring together the engineering and sustainability-focused programs of Carnegie Mellon University with those at the University of Puerto Rico at Mayagüez and make sure that future government leaders in the U.S. mainland understand the effects that their healthcare, budget, and trade decisions can have on U.S. overseas territories.

Taulton finds that her biggest challenge may be dealing with unexpected obstacles, like power outages or water rationing. She stated, “I’m not worried, however, because the Puerto Rican people are extremely hospitable, and we have been virtually adopted by the faculty of the University of Puerto Rico. They have arranged housing, transportation, and even tours for us for several days of our trip.”

Although many Carnegie Mellon departments, donation drives, and outside sources have provided funding for the trip thus far, Taulton and her team still encourage anyone who is interested in helping their mission to donate to their fundraiser on YouCaring. They will also post pictures from the trip on their Facebook page.

“Please help us to make a lasting impact during our trip by giving your financial support today and sharing our campaign widely!”