In Twitter's love for 'Big Cow,' echoes of the 19th century 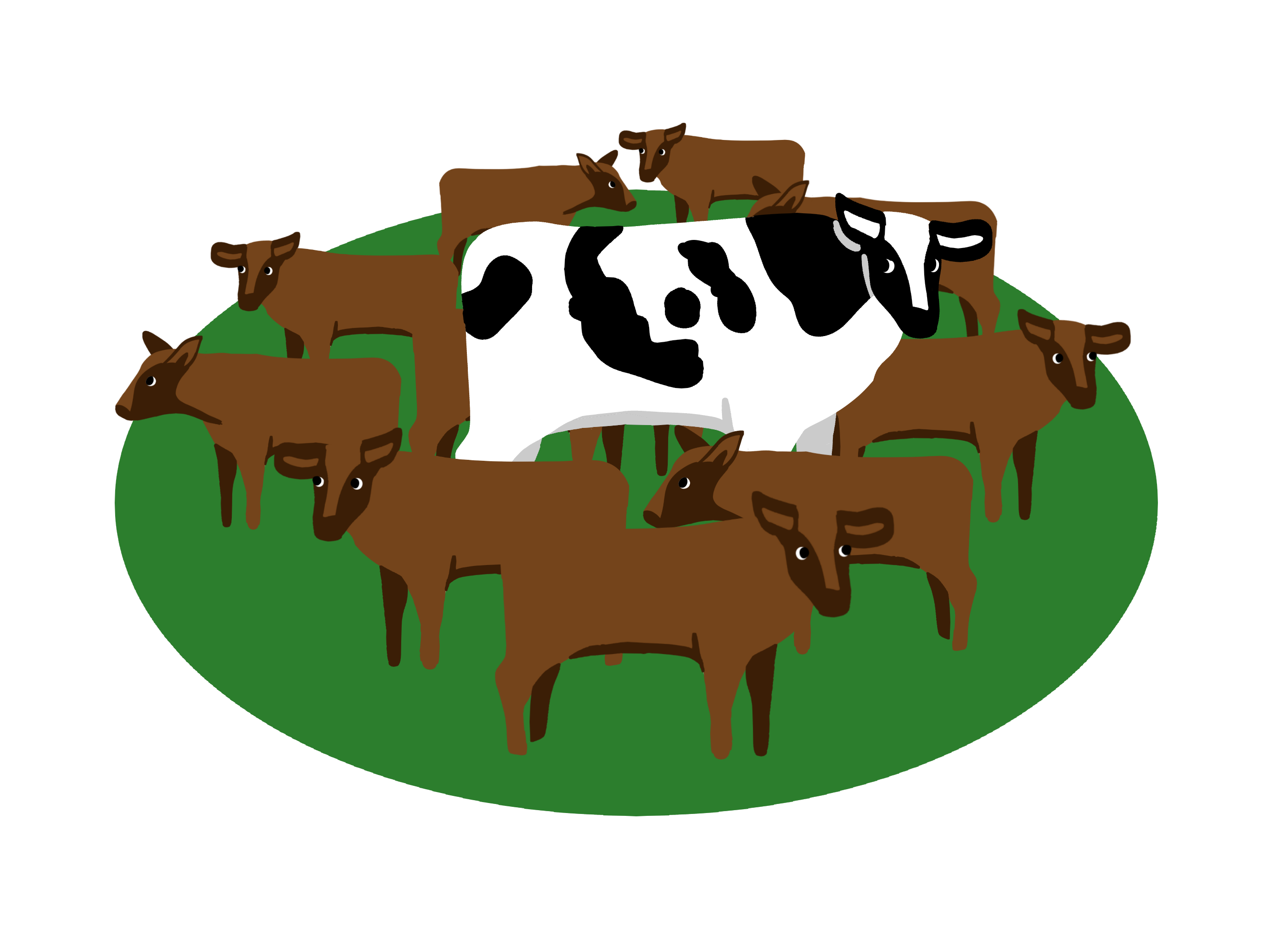 Last week, a controversy embroiled the internet that resulted in thousands of tweets, multiple articles, and a bitter feud between The Guardian and The Washington Post. The source of all this tension?

Knickers, an Australian Holstein measuring six feet and four inches from hoof to shoulder and weighing over 3,000 pounds, captured the hearts and minds of internet users everywhere when a photo of him surrounded by a herd of smaller cattle went viral. Commenters on Twitter dubbed him “big cow,” praising Knickers for the heroic nature of his enormous stature. Before the day was out, his newfound fame had already garnered the attention of many mainstream media outlets, including The Washington Post and The New York Times.

Writers at both papers were at pains to temper the fervent passion of many social media users. Knickers, the Times noted, is not technically a cow (a female with one or more calves) but a steer — a bull castrated at birth. And as Jason Bittel pointed out in the Post, Holstein cattle tend to grow a lot larger than the Wagyu cows Knickers is standing beside in the viral photo.

But as other commentators were quick to argue, neither point really detracts from the fact of his sheer size. Knickers nearly matches the height of the tallest Holstein steer ever recorded, and stands over eight inches taller than the average height for his breed. At 3,000 pounds, he weighs more than double the amount of even his heaviest peers.

What’s even more unusual about Knickers is his age. Steers raised for meat production are usually slaughtered between the ages of two and three. Knickers is seven years old, which may help to explain his massive size. But even as a young cow, Knickers was too large to fit in the farm equipment required to process his carcass.

“We have a high turnover of cattle,” Knickers’ owner, Geoff Pearson, told the Australian Broadcasting Corporation in October. “He was lucky enough to stay behind.”

Steers of Knickers’ age and size might have been more common in the past. The first cattle imported to Australia in the 1800s were not raised for meat but for work: oxen used to till and cultivate soil. Without a visit to slaughterhouse ensuring their premature demise, these animals could end up living for anywhere from 10 to 20 years.

Cattle grown for this purpose are exceedingly rare on modern farms. Not only can tractor-mounted cultivators turn over soil at an exponentially higher rate than oxen ever could, tilling itself has fallen out of favor as new herbicide resistant plants make chemical weed-killers an easier and more desirable alternative.

Even without a career in plowing to fall back on, Knickers has managed to find work on the farm, leading and coaching other cattle around their enclosure.

“Whenever he wants to get up and start walking there's a trail of hundreds of cattle following him,” Pearson told the ABC.

This is what Knickers is doing in the picture that brought him well-deserved internet fame: towering over the herd of smaller brown cattle congregated around him. While it’s a far cry from tilling the soil, Knickers’s position as a cattle wrangler does bear more similarity to his plow-pulling ancestors than it does to his dinner-destined contemporaries.

The same is true of his social media stardom. While fascination with pictures of large cows may seem like a uniquely internet-based phenomenon, enormous cattle actually have a rich history as portrait subjects. In the 19th century, the rise of selective breeding brought with it a rise of larger and larger cows. Farmers aspired to raise bigger cattle as status symbols, and would commission artists to create paintings of them and their cows standing together.

One especially notable portrait depicts the Durham Ox, an English steer weighing about 2,600 pounds. Like Knickers, the Durham Ox lived longer than one destined for the grisly fate of the average steer. When he was finally put down after suffering a hip injury that refused to heal, the ox was exactly 11 years old.

That Knickers, a seven year old steer, has already grown to be 400 pounds heavier than the Durham Ox at its death speaks to the sweeping changes brought about by factory farming. The high demand for beef, combined with advances in genetics, have allowed the average steer to become as large as some of the biggest cattle in recorded human history. In fact, cows today are so big, some ranchers are becoming concerned.

“More and more of our commercial customers say they’re concerned about their cows getting too big,” Kevin Schulz, a cattle breeder, told Hereford World in 2010. “They want to lower cow maintenance costs.”

Perhaps some ranchers are anxious that their cows, like Knickers, may grow too big to slaughter. A more practical concern is efficiency: larger cows require more resources to keep healthy. As cattle feed becomes more expensive, many farmers seem worried that the emphasis on bigger and bigger cattle is hurting their bottom line.

But even if proponents of smaller cattle fail to convince the majority of breeders, really big cows like Knickers will remain an anomaly. Most steers will simply never grow old enough for us to appreciate their enormity.

So large animal enthusiasts: enjoy Knickers while he lasts. And hope that someday, somewhere, another big cow will find its way into the spotlight, and into our hearts.