Where did the signs with quotes on The Cut come from? 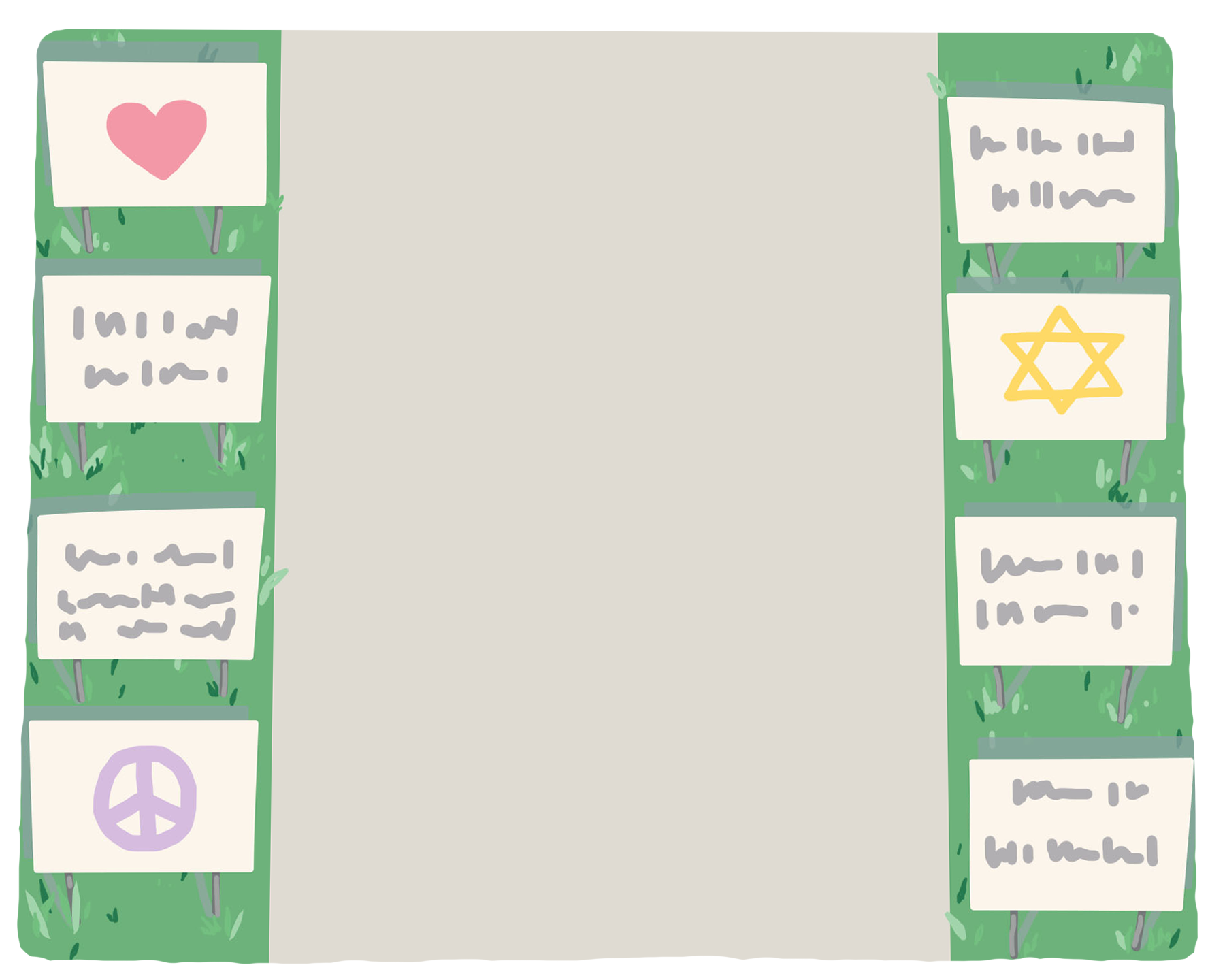 As many on campus noticed these past few weeks, the Cut sidewalk has been fringed with several poster boards, each with its own religious message of tolerance, love, community, and peace. The posters went up almost immediately following the Tree of Life shooting, and stayed through wind and rain, until just this past Monday. The Tartan spoke to an organizer of the initiative, Clytze Sun, who shed light on the inventions, the impact, and the importance of the display.

The Tartan: Were all the quotes in reference to or inspired by religion and religious leaders? If so, what inspired that selection?

Sun: The quotes were all from different religions’ teachings. I asked for help from my friends when selecting these quotes. I wasn’t doing this project by myself. I was supported by INSPIRE (Interfaith Spirituality Embassy) and CORS (Consul of Religious Students). I’m an active member in both of them. During CORS’ meeting, we already had the idea of putting up signs around campus to raise campus’ awareness of students’ spiritual life, but we never set up a concrete plan. After the shooting, I thought putting up signs would be a perfect gesture to acknowledge the similarities between religions (how they value the same ideas and all advocate love), look for unity rather than separation, and use different religions’ beautiful teachings to console our campus. All teachings were about love, peace and unity.

Around 20 people came out and helped me to make those signs. The quotes were sent to me from the Jewish Student Association, Muslim Student Association, Catholic Newman Club, and representatives of Sikhism and the Baha’i faith. I really appreciate all the help and support I received.

The Tartan: What do you think should change in the campus community to better bring the messages from the signs to fruition?

Sun: When I put up the signs I actually doubted if my action was only preaching to the choir, because I believe that [Carnegie Mellon] already has a diverse and welcoming community. Apparently, the problem is the extremists outside of [Carnegie Mellon]—they should be learning about different cultures and religions.

But I took the action in making those signs because I was very dissatisfied with our campus’ immediate reaction. I can’t generalize but a lot of my friends were moving on with their lives as usual. Some of them even argued in a very logical way that since they couldn’t really change the politics, there’s no use in doing anything. I was completely disturbed by this kind of reactions. I want those signs to be a reminder of what happened more than anything else. I don’t want students to simply move and let it pass. I hope the presence of these signs can prompt students to internalize this event in their own way.

People have different definitions of what kind of change is “useful.” I believe that all actions toward love is useful and should be appreciated. I cannot say what’s absolutely necessary to do. I am more willing to see all sorts of creative solutions coming from students with different backgrounds and diversified skills. But I know that these solutions won’t appear if nobody’s internalizing what happened.

So to me, the beautiful messages on the signs were there to console anyone who was deeply impacted by the incident. But I hope the presence of those signs could change people’s individualistic mindset—only concerning about their test scores and assignments when things like this happened— and help [Carnegie Mellon] students to be more aware of what’s happening in the greater community.

The Tartan: I think the simplicity of displaying the words to others in regards to abandoning hate is really interesting. What informed this decision?

Sun: I think subconsciously I believe that word is an extremely powerful thing—also why I chose Creative Writing as my major. But with all the academic stress I had, simplicity wasn’t a deliberate choice, it was more about what I can do. I know words bring me comforts when I need it, so I just want to bring them to our campus.

I didn’t plan to take the lead in something like this. But when I saw that a vast majority of the student body remained quiet, I knew I had to do something to show that injustice like this should be followed by actions, not silence.