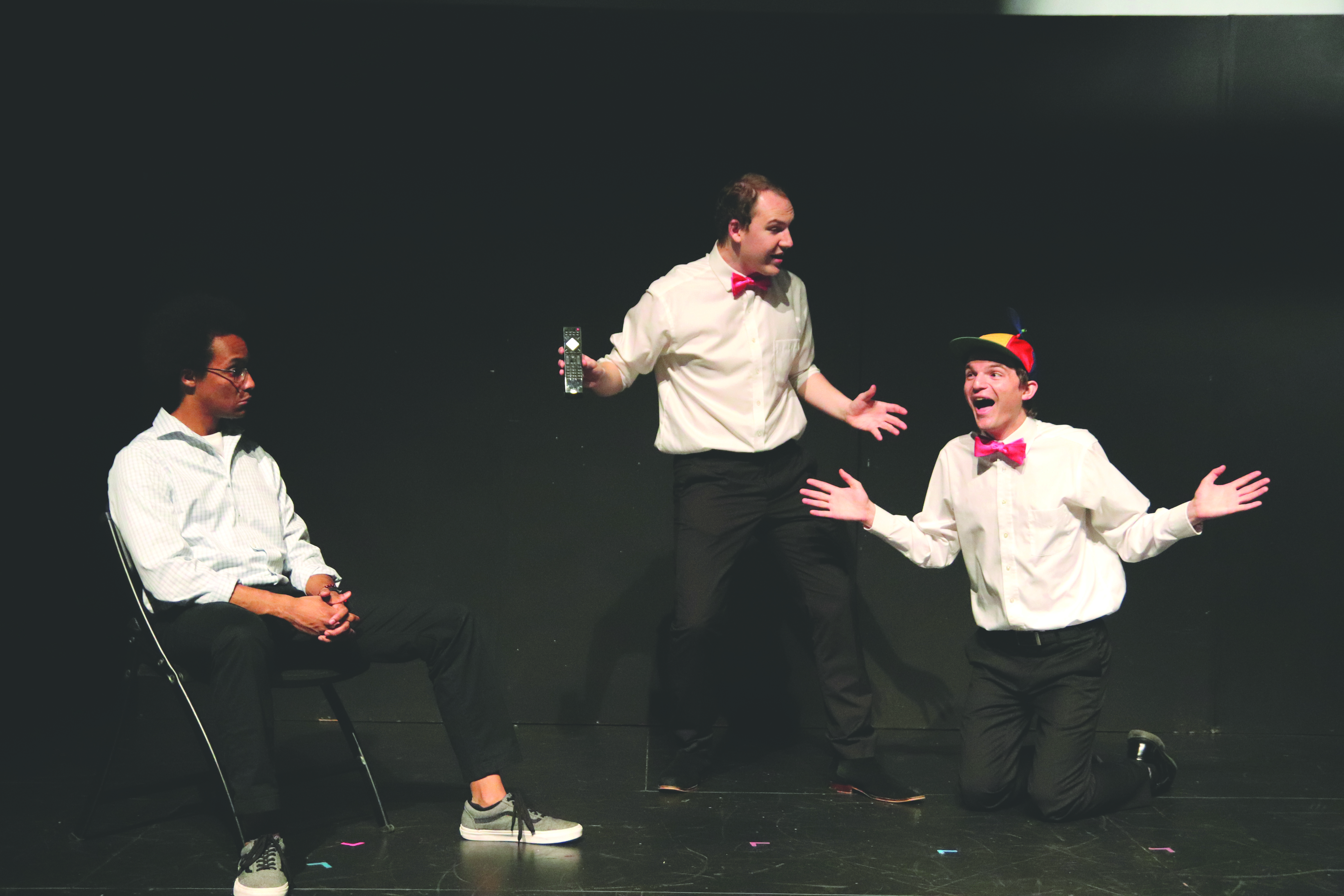 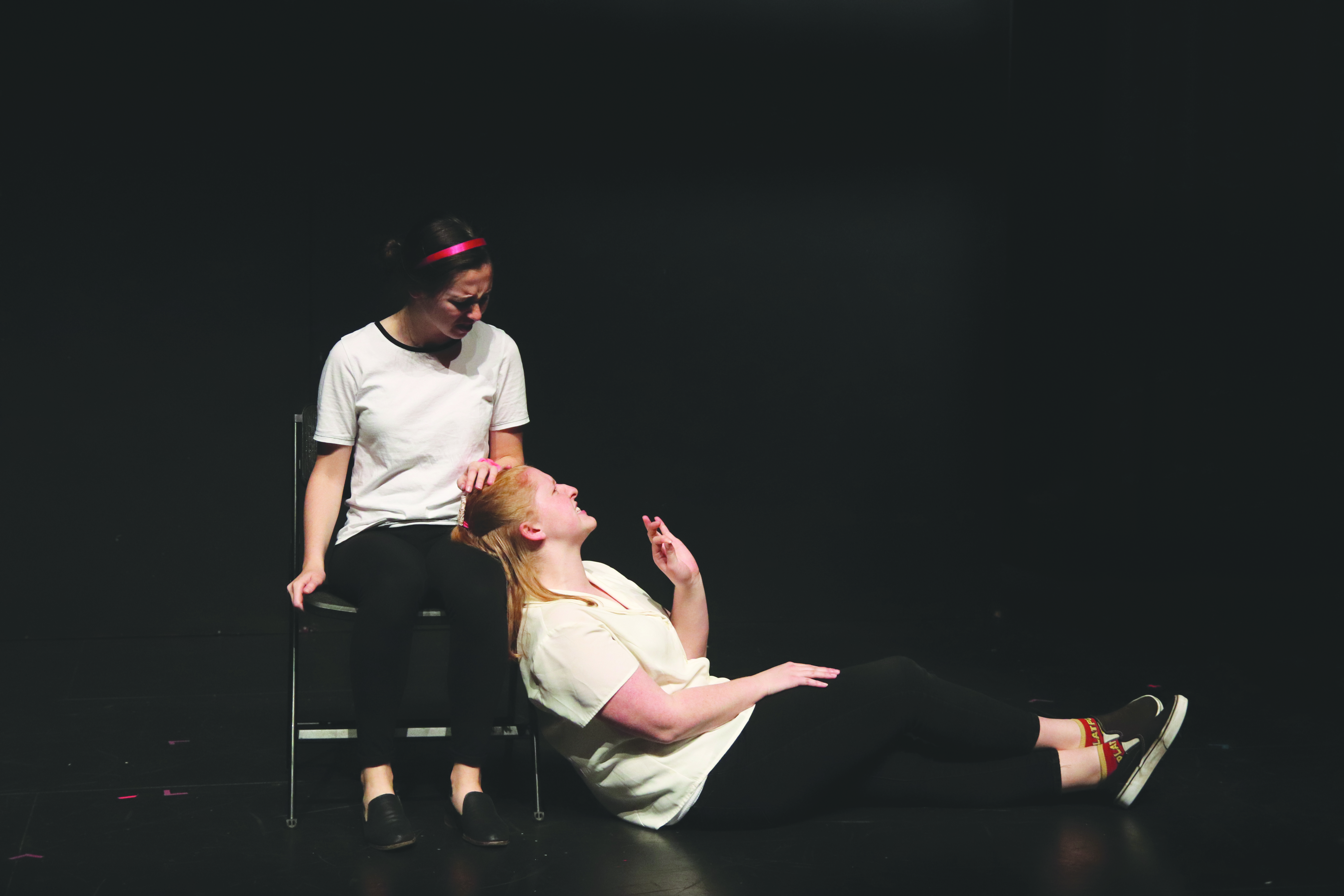 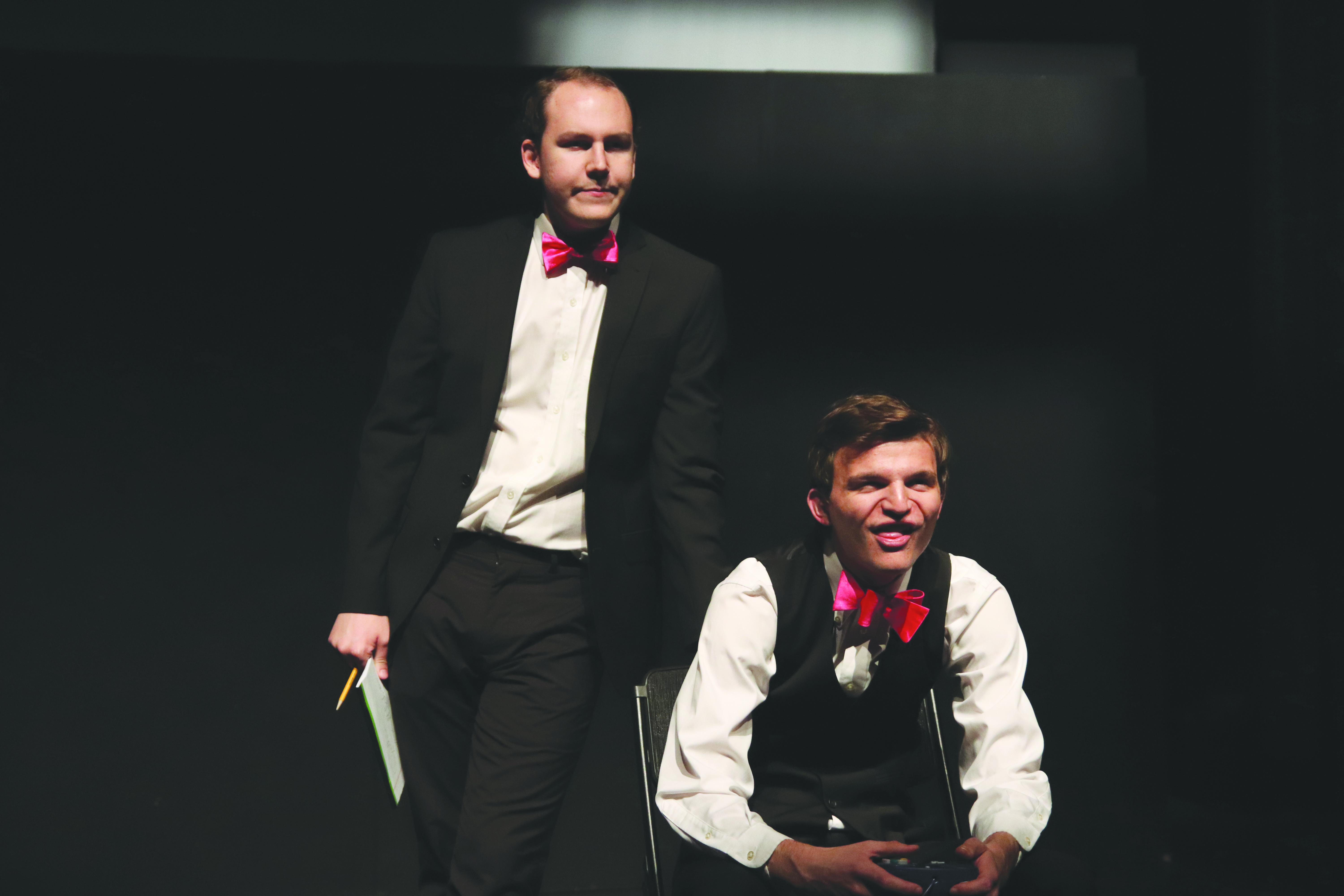 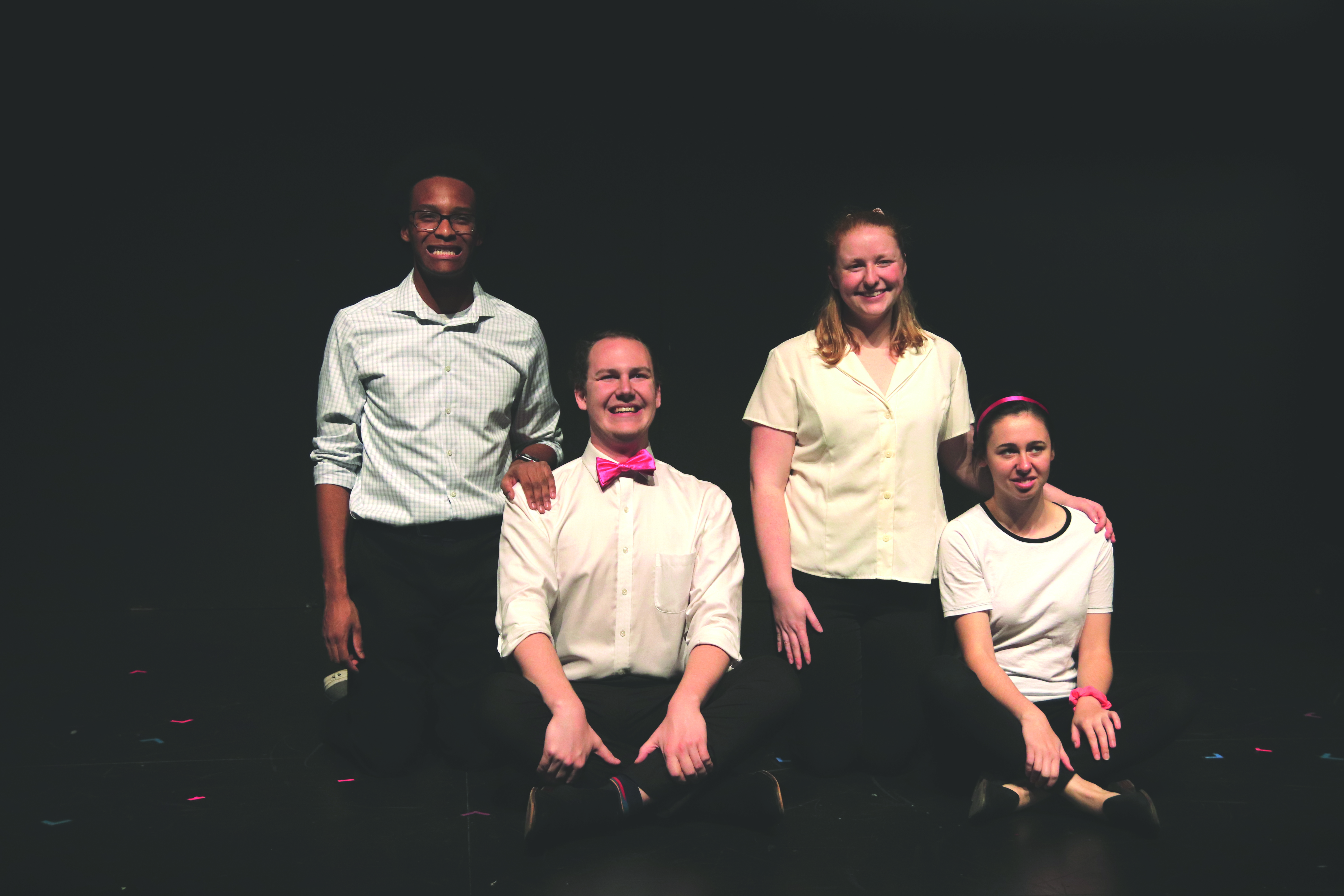 Tisbert Sketch Comedy presented their show Let’s Get Hitched this past weekend in the Cohon Center Studio Theater, and it was a hit! One of the best aspects of the show was how the main wedding sketches were intertwined with various absurd and hilarious sketches, dealing with topics ranging from losing Santa Claus to epic laser tag battles to church. The audience participation made for an entertaining addition to the already amusing performance.

One of the most notable sketches, and one of my personal favorites, had to have been the family photo. This sketch dealt with the all too familiar situation of taking a family photo with a little more absurdity added in. The characters portrayed in the scene added to the amusement: with a father and a mother (Zivan Vasquez and Katherine Sabel) who fought like crazy, a bored daughter (Amber Quinn), an overenthusiastic son (Thomas von Davier), and a very uptight photographer (Grant Seastream), what could go wrong?

Another sketch, as mentioned before, dealt with a nonexistent Santa Claus. The two Santa elves (Zivan Vasquez and Katherine Sabel) broke the fourth wall and went in search of a worthy audience member to be Santa. After the selection, the audience member came down onstage and put on a Santa hat, and the kids filed in one by one. Two kids (Grant Seastream and Amber Quinn) had their own problems coming in to see Santa Claus. This posed a particularly sticky situation to the audience member. The end was a bizarre twist of events in which the Easter Bunny (Thomas von Davier) crashed the party and the sketch went into mayhem!

The wedding sketches, the center focus of the production, were very well thought out. They commented on some seemingly relatable and some very preposterous scenarios. From a dare to object to the wedding, a flower girl eating the petals, and a particularly hilarious youth pastor (Zivan Vasquez) officiating the wedding, these sketches had it all. The couple, Cynthia and Doug (Amber Quinn and Thomas von Davier), finally got married at the end, after dodging the crazy maid of honor, Kourtney (Katherine Sabel), and the silly best man, Dave (Grant Seastream), bringing the show full circle among its crazy scenarios.

Overall, the performance was incredibly enjoyable, brought out lots of laughs and was very charming. Bravo Tisbert!