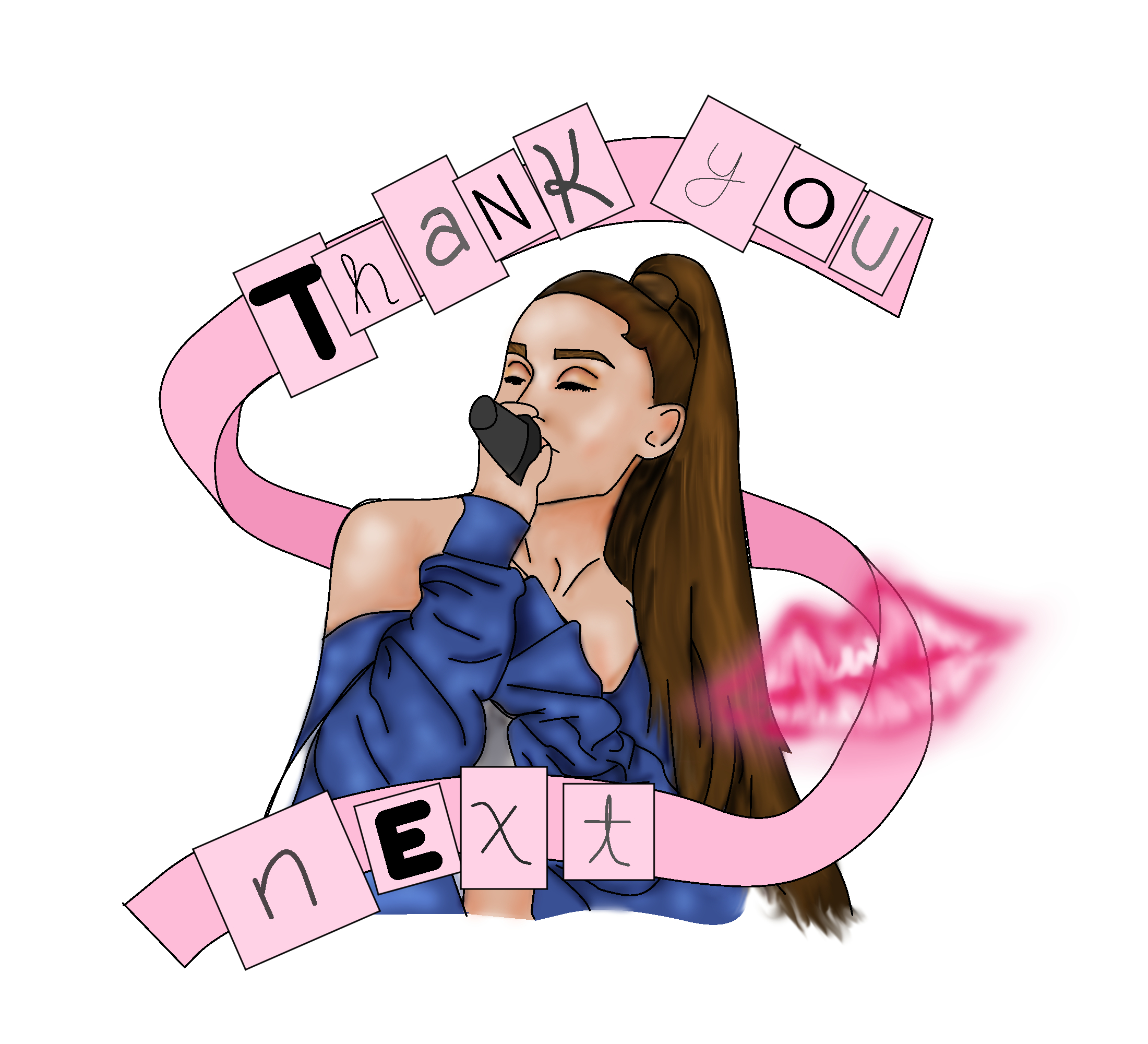 When we hear “break up song,” we tend of think of cheating, wistfulness, grief, and Taylor Swift. Most breakup songs are filled with pain, some embodying the audio equivalent of a wave of sadness, and others embodying vengeance and vindication towards an unfaithful ex (Carrie Underwood’s “Before He Cheats,” anyone?). But little do we hear a breakup song about acceptance — about what comes after the pain, the denial, and the anger. And Ariana Grande’s newest single “thank u, next” is ushering in a new era of break up songs that celebrate self-love, strength, and personal growth.

“thank u, next” was released just months after her incredibly successful fourth album, Sweetener. While the title of the song may appear petty or dismissive, the song is anything but – Grande is gracious and kind, thanking her exes for teaching her how to be patient, how to love, and how to deal with pain. While it’s difficult to imagine thanking your exes, particularly those that bring painful experiences back to mind, Grande has taken the difficulty out of it. Rather than drone melancholically, she celebrates her own personal growth and her ability to use those painful experiences to become a kinder, more loving person.

The song is filled with Ariana Grande trademarks — floaty vocals, tight harmonies, and an almost bouncy accompanying beat. It is happy and celebratory — the kind of song you would sing with your best friends in your living room after a hard day. It is both intimate and vulnerable in its emotion and public with its message of personal growth, a balance that’s often difficult to achieve (especially in mainstream pop). While we may not expect a breakup song from Grande, we may have expected something more somber and ballad-like, especially given her recent breakup with ex-fiance Pete Davidson. But “thank u, next” is one of few pop songs that’s actually focused on celebrating yourself after the period of re-building and re-learning after a relationship. The most impactful line of the song deals with exactly that: “*I met someone else, We havin' better discussions. I know they say I move on too fast, But this one gon' last, 'Cause her name is Ari, And I'm so good with that.*”

The past 18 months have been incredibly difficult for Grande — the suicide bombing at her concert in Manchester, her break up with Pittsburgh-native rapper Mac Miller and his deeply tragic death, and her break up with ex-fiancé Pete Davidson. It’s difficult to imagine how someone who’s been through so much at such a young age could be so full of love, and yet here she is — emerging stronger than ever by revealing her vulnerability and bettering herself from her experiences. It is a testament to her true strength, of being able to not only move on but to feel empowered and loved in her choices and relationships. It is so inspirational and astounding to see her bounce back and thrive after such encompassing periods of grief. She sings with a clear smile in her voice, “*I’ve got so much love, I’ve got so much patience, I’ve learned from the pain, I turned out amazing. I’ve loved and I’ve lost, but that’s not what I see. ‘Cause look what I’ve found, there’s no need for searching.*”

For the difficult year that much of the world has had, it’s almost as if Grande knew this is what the world needed. This song is a message of female empowerment. It displays incredible presence and self-awareness while simultaneously infecting the listener with a fun beat. In the face of tragedy, Ariana Grande’s new single is filled with unfettered and almost impossible optimism. It is a song that serves as a band-aid for the heart, reminding the listener that sometimes the process of bettering yourself is what’s really important. Grande tweeted on Nov. 11, “what an interesting, challenging, painful and yet beautiful and exciting chapter of life ….. when it rains it pours but I’m embracing all of it. I’m excited for whatever else the universe has in store for me. She’s growing n she’s grateful.” As someone who admires and respects her for making the art that she did, “I’m so f**kin’ grateful” for this song.