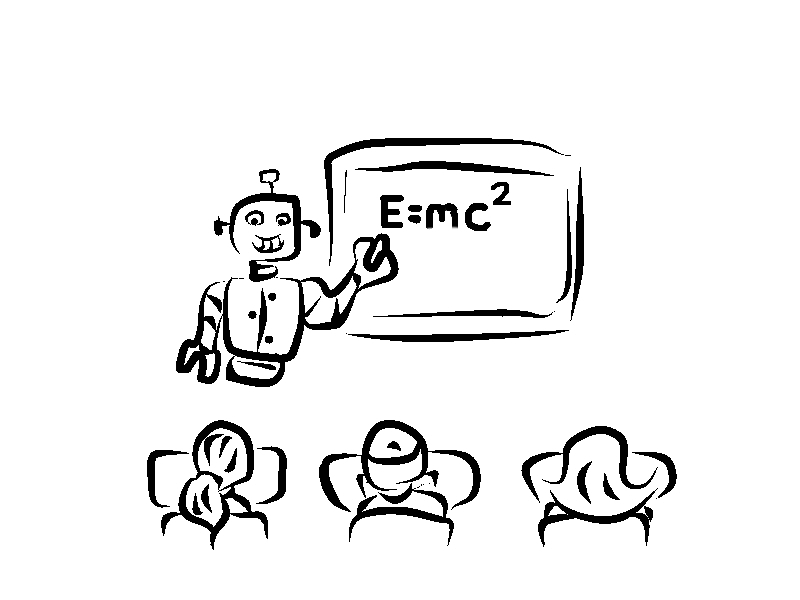 We encounter words and numbers every day. From subconsciously reading street signs to calculating the number of minutes left until the end of class to absorbing information from texts, our lives are a series of events that involve calculations and reading, simple and complex. Many of the opportunities to grow, learn, and interact with the world become lost to us, when we aren't able to read, write, or perform simple arithmetic.

The RoboTutor Team, led by Professor Jack Mostow, has taken a huge step in reducing concerns regarding uneducated children in developing countries. The team developed the RoboTutor software with a team of over 100 faculty experts, students, and staff members of Carnegie Mellon University. Its primary goal is to teach children between the ages of 7 and 10 basic math and reading skills without any adult supervision or assistance. Incorporating a wide variety of advanced technology like speech/handwriting recognition and facial analysis, RoboTutor is constantly self-refining its functions by utilizing data from children using the software.

Recently, it was named as one of the finalists in Global Learning XPRIZE, a contest for robotics teams from all over the world aiming to develop software (in both English and Swahili) that provides basic education to underprivileged children. The RoboTutor team was one of the five teams to be rewarded $1 million, an incredible achievement since nearly 200 teams from 40 different countries participated in the competition. The next step is for XPRIZE to conduct field tests of the five finalists’ applications in 200 Tanzanian villages, a study that will last over the span of 15 months.

Prior to developing RoboTutor, Professor Mostow led Project LISTEN, which had an automated Reading Tutor that helped children learn to read by using speech technology to analyze their voices reading aloud. However, RoboTutor is a project a bit more special for Professor Mostow. According to a CMU press release, he said, “I have been able to help a few thousand children over my career. It's hard to put into words to explain the gratifying feeling knowing that your career's work, which has helped thousands of children so far, could now potentially change the lives of millions — even billions — of children. XPRIZE and the RoboTutor team have given me the opportunity of a lifetime.”

A bright future lies ahead for developing countries with a severe shortage of competent teachers, as RoboTutor is different from previously-used educational software. In addition to its extensive use of CMU-licensed technology, one particularly distinguishing feature of RoboTutor is the way developers incorporated their knowledge of local cultures in the design of the app. The RoboTutor team, including assistant processor in the Human-Computer Interaction Institute Amy Ogan, tried to tailor the app to meet specific requirements of different cultures in need of educational software.

“Universal access to education is a major priority for XPRIZE, and we are proud to celebrate the change-making teams making impressive strides to ensure every single child has the opportunity to take learning into her own hands," said Marcus Shingles, CEO of XPRIZE Foundation, according to a CMU press release. "The leading solutions born from this competition could provide the key to unlocking literacy for children most in need, access an education they otherwise wouldn't have.”

The fact that a CMU-developed software was announced as a finalist in a world-recognized robotics competition marks a milestone in not only computer science, but also the university’s footprint in the world. At the end of XPRIZE’s 15-month field test, the team that yields the best results will receive a $10 million grand prize. Hopes are high for the RoboTutor team. After all, this exciting and revolutionary work has the potential to help the 250 million children worldwide who cannot read or compute basic math.