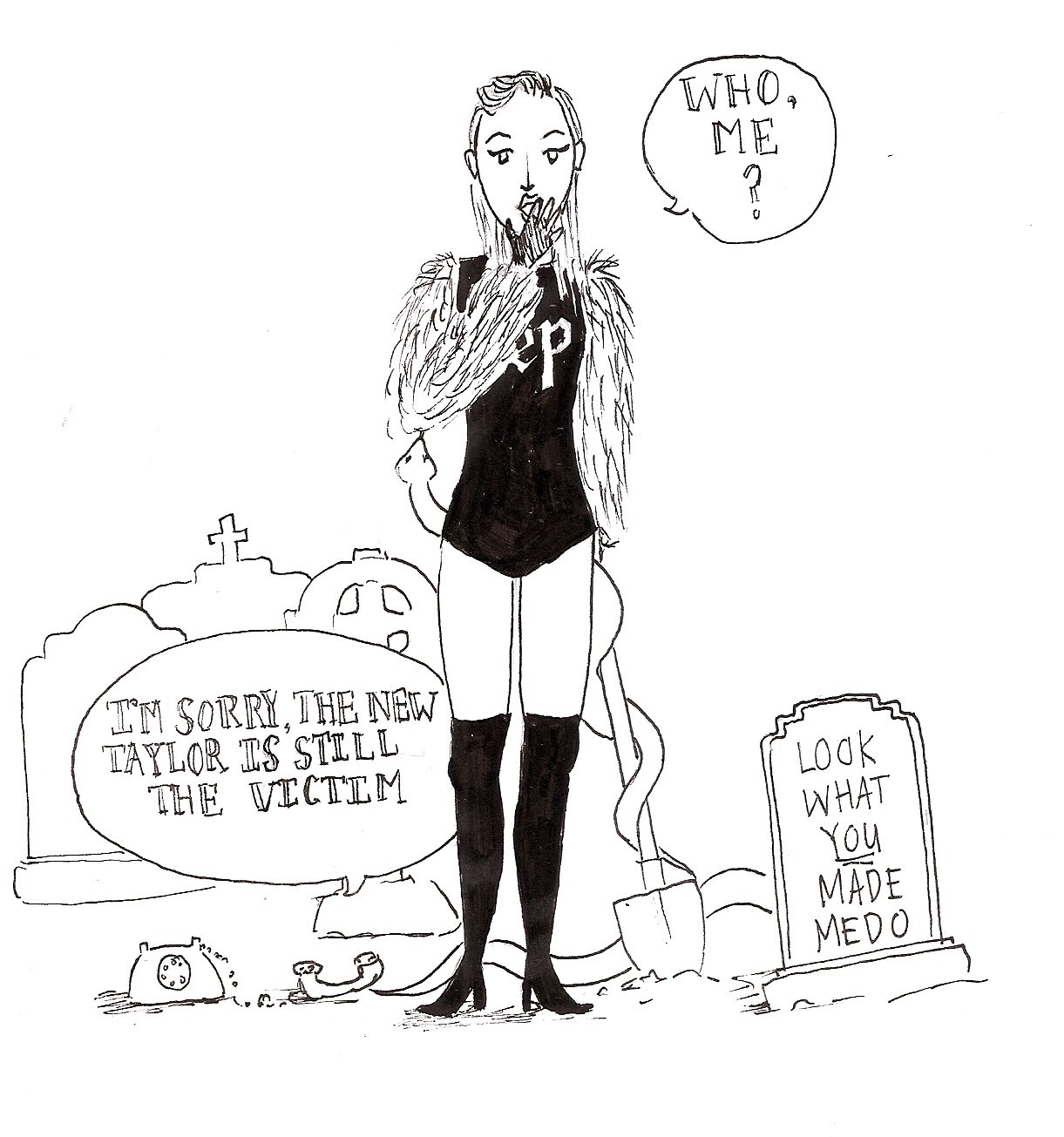 Credit: Alka Earathu/
Editorials featured in the Forum section are solely the opinions of their individual authors.

What’s that? Taylor’s back? Watch out, because it looks like she’s on the war path — except it’s less like war, more like whine, and a whole lot like that teenage scene phase we all had in seventh grade (except that she’s 27).

Taylor Swift’s newest attempt to reinvent herself is in the form of her chart-topping single “Look What You Made Me Do” off of her latest album Reputation, which has yet to be released. Yet even though she may be singing a different song, she is still playing the same old victim-esque narrative that she just can’t seem to get away from. This time, however, she truly outdid herself by producing, despite the catchy beat, one of her worst songs yet — and even so, she’s still topping the charts. Ah, the beauty of fame, drama, and slightly manipulative marketing.

Do not be fooled by the bold, grungy lettering on the album cover — you need not look further than the actual song title to instantly find Taylor still slyly giving off victim vibes by effectively redirecting blame onto everyone but herself. While she does make a few jabs at herself throughout the song, which is refreshing for a change, there are not nearly enough of them and too many hidden references toward people who have wronged her to consider it a revolution against her old self as opposed to an angsty lamentation. Rather than asserting her own independent power, it lets her adversaries appear to continue to influence her path as an artist.

If she truly wants to revise her image and assert her dominance, she should focus on creating stronger music that resonates powerfully rather than relying on a music video amiss with glitz and glamour lacking any substance.

The music video accompanying her new song is impressively kitschy to the point that its kitschiness is catchy. I just wish the song was any good — without the visuals, the song doesn’t have a life of its own. Thirty-six out of seventy-one total lines of lyrics in her newest song are the same spoken, monotone, repeated phrase “look what you made me do” — a little ridiculous considering that’s over half of the song. A good video has a story, but there is no story to accompany the visuals. She is, it seems, falling into the trap of the contemporary trend of glitzy music videos lacking in substance: those that have a large budget but no direction that make us abandon any logic, suspend any thinking, and be subjected to a cacophony of images. This phenomenon is not specific to just Swift, however, but a lot of artists in the pop industry, where the trend has become to compete for novel and sexy images at the cost of not conveying anything meaningful and lasting.

I don’t see her as the powerful rebel being reborn at the end of the video commenting that her old self is dead. Instead, I see her losing herself in having coined so many personalities to attempt to please the crowd. Taylor Swift’s attempt to reject her previous image of the love-stricken girl-next-door has come at the cost of compromising her artistic integrity and losing her core and the very qualities that once made her unique and stand out when her music could once stand on its own. And on a final note, I’m still wondering — what did we make her do?