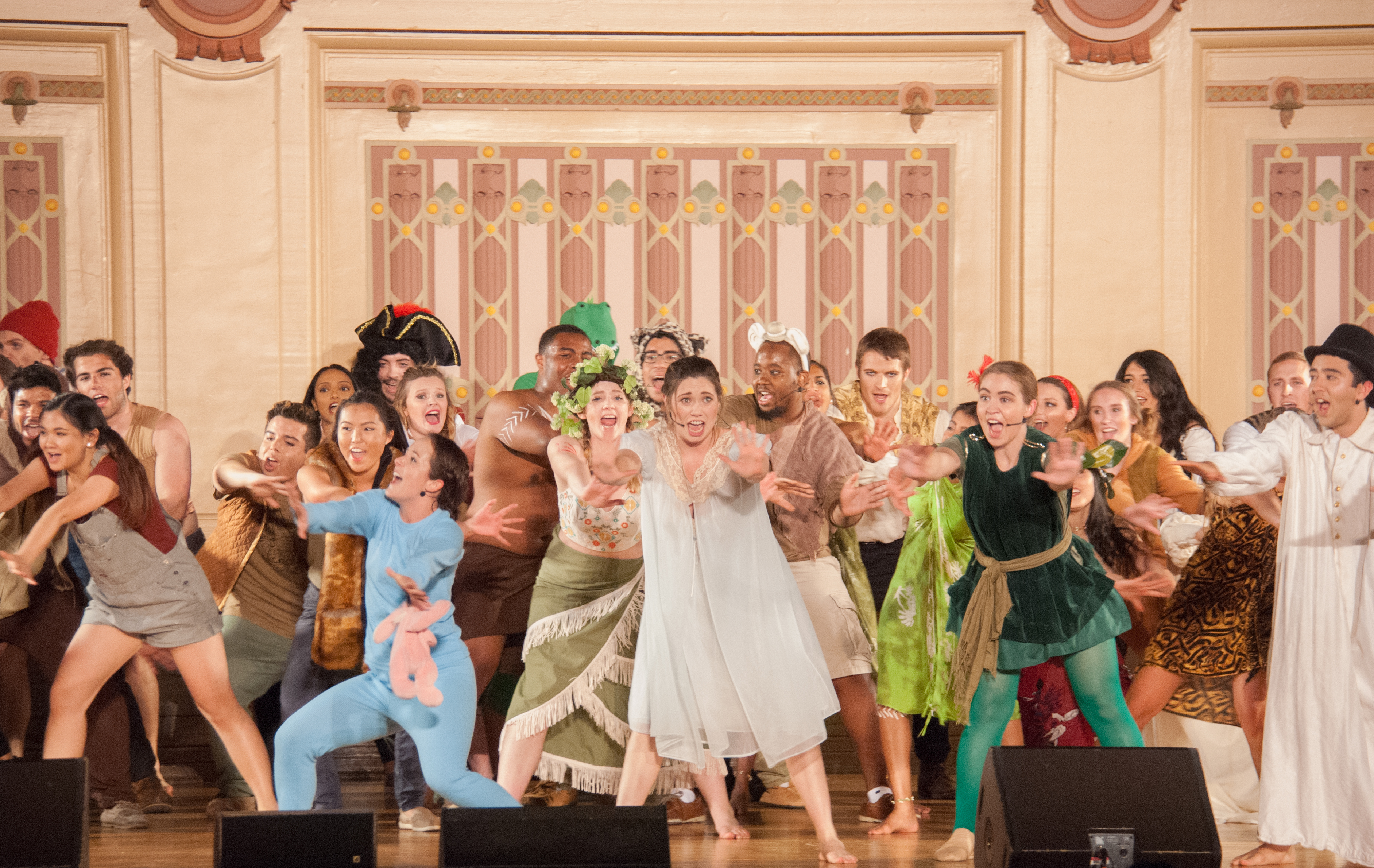 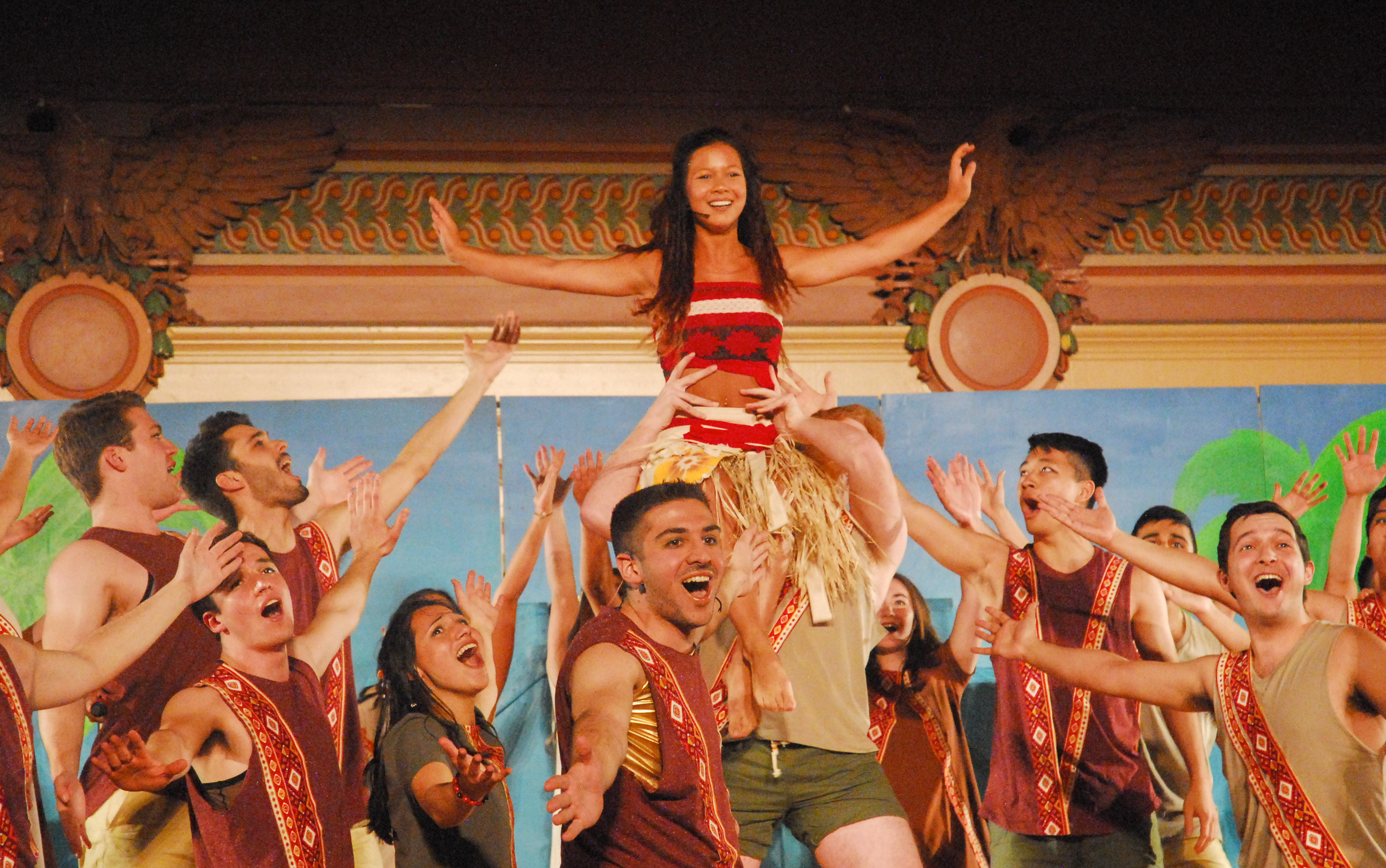 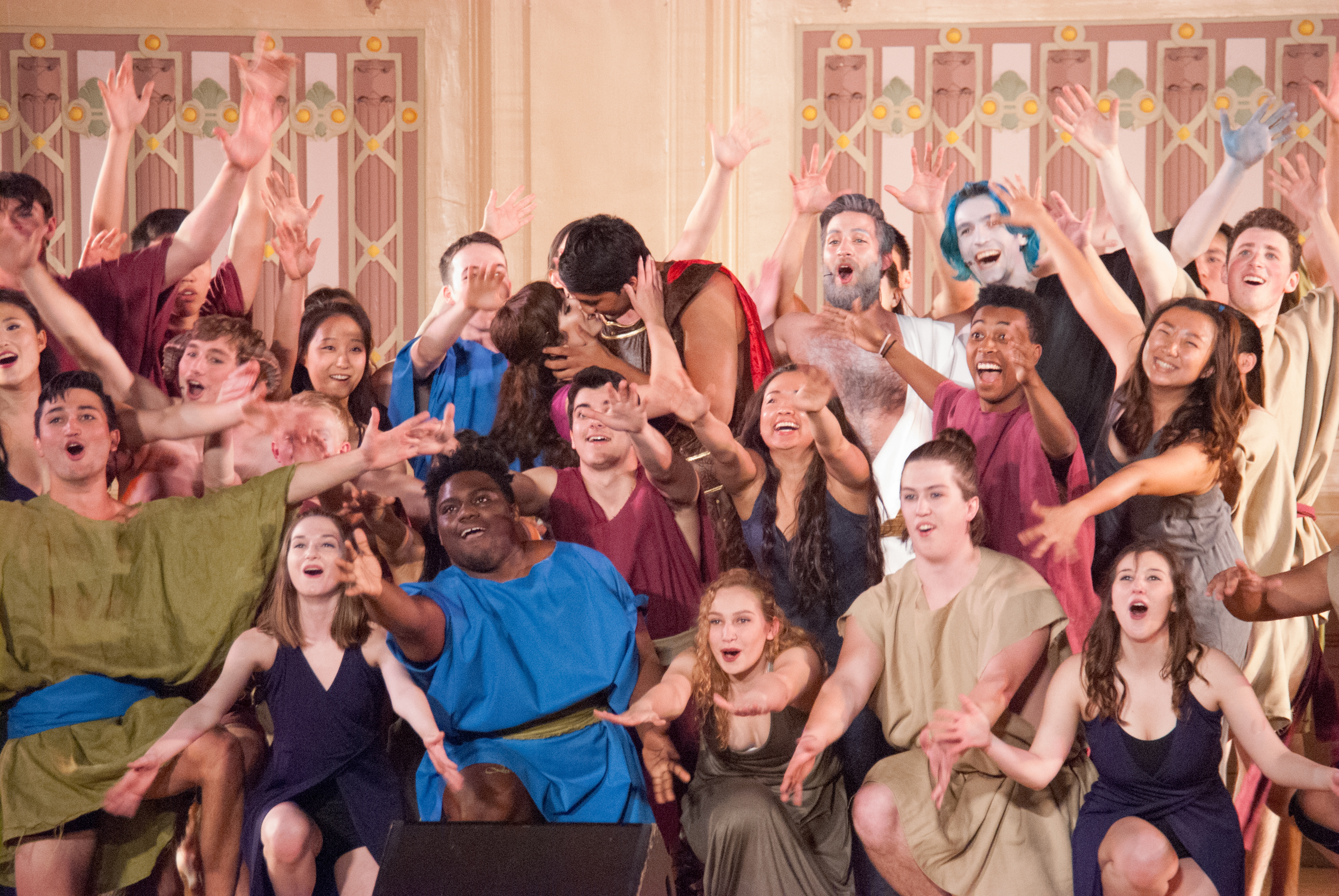 Throughout the year, 17 of Carnegie Mellon’s fraternities and sororities competed against each other to raise the most money for Pittsburgh’s chapter of Camp Kesem, a charity program that “operates free summer camps for children who have been touched by a parent's cancer,” and to put on a 13-minute musical performance. Greek Sing has partnered with Camp Kesem for two years to help raise $150,000, and started off towards their goal incredibly strong with a new Greek Sing record of $100,522.53 raised in the first year.

The show kicked off with Kappa Alpha Theta and Alpha Sigma Phi’s performance of Peter Pan. While the group did not place, their creativity and the youthful energy of the original show shone through every part of their performance, from their inventive “high-flying” choreography (people in black body suits carrying the cast around the stage) to their costumes. First year Dietrich College student Jamie Slomka stood out as Peter Pan, leading the performance and the whole of Greek Sing off to an amazing start.

However, the performance that blew me away was the first act closer and first place performance of Kappa Kappa Gamma and Sigma Phi Epsilon’s rendition of the new Disney classic Moana. The performance stayed true to the film’s original message of discovering who you are, featured vocals that raised the energy of the room, showcased incredible sets with a giant puppet of Te Ka, and presented amazing choreography that truly utilized the human element of the story, with junior neuroscience major Sarah Deluty, who played Moana throughout the performance, seamlessly climbing on top of her fellow performers to reach up to twelve feet above the ground in the performance’s final number. More importantly, it was a great image of the fraternity and sorority involved working together to create something magical for others, encompassing what Greek Sing is all about.

Starting off the second act, and placing third overall, was Alpha Phi and Pi Kappa Alpha’s performance of Little Shop of Horrors. The spectacular thing about this set was that every soloist had a flawless voice, truly bringing the musical to life. Coming from someone who hadn't watched Little Shop of Horrors before Greek Sing, Alpha Phi and Pi Kappa Alpha retold the story in a great way that flowed well and made me want to check out the original. Additionally, the set pieces, such as Audrey II, helped to bring Skid Row to life throughout the performance.

Second place winners alpha Kappa Delta Phi and Phi Delta Theta performed Once on this Island next, truly bringing out the heart of the show’s setting and bringing the energy and essence of the show to their performance. The choreography of the show helped to bring that energy out into the audience, and carried out throughout the performance thanks to the ensemble and the soloists. In particular, the soloist as Papa Ge stood out, truly becoming his character and commanding over the performance.

Delta Gamma and Delta Tau Delta performed second-to-last in their rendition of The 25th Annual Putnam County Spelling Bee, taking the audience back to a time before college with their fun choreography, crazy costumes, and quirky energy. They brought the crazy energy of the original show to their performance and adapted the musical in a clever way.

Three fraternities competed in the singles category. In this category, the fraternities instead composed original skits featuring familiar melodies with new lyrics. Third place winners Kappa Sigma opened singles with their performance of El Dorado, taking Dora into a new direction by bringing her, Boots, and Diego to Carnegie Mellon as first-years in search of bananas. The craziness and hilarity of the number was an amazing addition to the event and kicked off the singles performances on a high note.

In the first act, Sigma Alpha Epsilon also performed their original musical Rata-tool-y, a story set in a Lowe's Department Store about a young power drill stuck on a shelf filled with screwdrivers who seeks to find his true parentage. Adapting songs like Beauty and the Beast’s “Belle” into their performance, Sigma Alpha Epsilon's creativity with their script, featuring breaking the fourth wall and meta jokes, earned them second place.

Greek Sing was a truly memorable night that celebrated philanthropy in the best way. It featured the greek community coming together as a whole to make a difference and put on another amazing show, blowing away the Carnegie Mellon community with their talent, creativity, and motivation and desire to contribute to help make an impact.