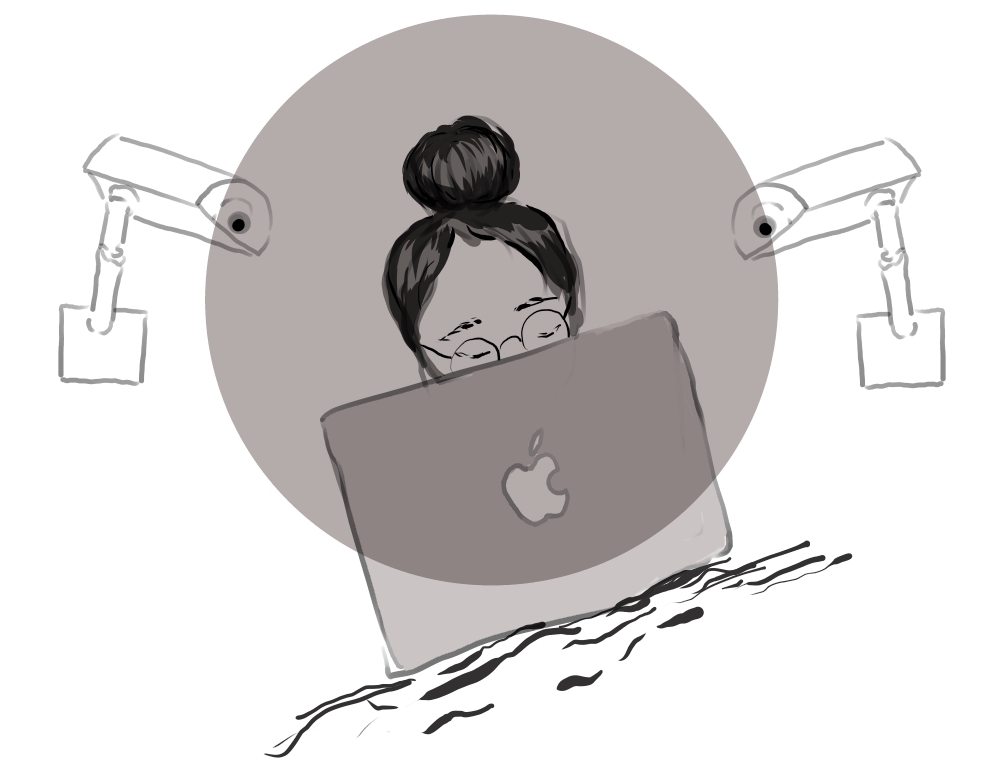 A few weeks ago, Congress passed a bill allowing internet service providers (ISPs) to sell their users’ browsing history without the users’ permission. Currently, the only hurdle the bill has left to overcome is a signature by President Donald Trump, who seems to be against net neutrality, the principle that ISPs should provide equal access to all services and website, regardless of source.

The Republican majority Congress voted to deny a privacy law the Obama administration passed in its final days. Under that law, the Federal Communication Commission (FCC) would have required ISPs to ask their users before sharing their browsing history. Furthermore, ISPs would have been required to alert users of a hacking breach. All these precautions are under attack now, and sharing browsing history without permission is still legal.

Internet companies have had the legal right to sell browsing data for some time now. Google, for example, makes a large portion of its revenue by selling search data to advertising companies. However, Google keeps this browsing history anonymized. This means that the bill Congress passed is not a change, but a preservation of the status quo.

Browsing data is a gold mine for advertising companies, as it reveals customer’s shopping trends, motivations, and interests. Thanks to technology, for the first time in history, companies have a wealth of information (referred to as Big Data) that shows what kinds of products customers would buy, and what kind of advertising has the most efficacy. This means that there is no more need for cumbersome focus groups. Companies could potentially drive their profits way up with this data, which is why this bill is their dream come true. To the everyday user, this just shows how much companies can analyze and manipulate their customers in order to increase profit — which is a trend pervasive in capitalism.

Few people, even conservative citizens, feel comfortable with this development. The new bill goes against conservatives’ ethos of small government. Deducing Congress’ motivations is thus a guessing game. A possible hunch is that ISPs may be lobbying Republican representatives by offering increased financial support, much like the National Rifle Association does whenever open gun ownership is threatened with checks.

Or perhaps Congress may just be following the Republican agenda of undoing anything and everything Obama-related. We saw this with Trump’s approval of the Dakota Access Pipeline, a project President Obama had halted. Then, we saw this in the failed attempt to repeal and replace the Affordable Care Act, an action that would have cut off millions of Americans from decent health care. Just this month, we saw Obama’s policy of indirect military action in Syria shredded by the launch of 59 tomahawk missiles into the war-torn nation, a command Trump gave over dessert.

It doesn’t help that the Obama administration attempted to pass the FCC bill in its final days. Representatives probably viewed this as a last-minute, erratic action that should not have been attempted in an election year; hence, its undoing. A similar excuse was given when Merrick Garland, United States Court of Appeals chief judge, was offered the Supreme Court nomination by President Obama in 2016.

No matter what Congress’ true intentions are behind this bill, it’s clear that partisanship plays a large role in it. The polarization of American politics today, exemplified by the last election season, has placed Washington under gridlock time and time again; nevertheless, protection of user data should not be a Republican-Democrat battleground, but an American issue. Since the onslaught of the War on Terror, the U.S. government has conducted mass surveillance of its own citizens, a haunting truth outed by infamous former NSA employee Edward Snowden. Should this bill pass, our government would have failed to protect the privacy of the American people once again.

It would be a mistake to assume that Congress is solely to blame for the decreasing respect for internet privacy; ISPs are equally at fault. They attack user rights continually, and the fight for net neutrality demonstrates this. Net neutrality is still a much-debated topic of argument in American politics today, despite a growing concern that denying it will be increasingly annoying and harmful for users. Comcast’s slowing of streaming speeds on Netflix, its rival website, was hurtful to fair competition. And today, ISPs’ wishes to sell browsing history for profit continues the trend of hurting users.

Expectedly, many are protesting the FCC bill. Instead of asking for its repeal, people online are awaiting its passing, so they can purchase and share the browsing history of representatives who supported it — a taste of their own medicine. This won’t be possible, however, since the sharing of individually identifiable information is prohibited by the Telecommunications Act. One could argue that purposefully targeted ads by corporations are identifiable information, but the wording of the Act becomes much more lenient when dealing with aggregate customer information and data anonymization. Up to $140,000 has been raised to purchase this browsing history that will never be up for sale.

Are there steps you can take to protect your browsing history? Absolutely. ISPs can monitor what websites you visit, even after you’ve locally clear that your browsing history, thanks to internet protocol (IP) addresses. IP addresses are unique nine-digit numbers that identify computers and the webpages they request. It’s possible to adopt a temporary IP address with a virtual private network, which can be turned on easily in any computer or phone’s settings. Another more robust option is to use an infamous program called Tor, which makes your computer completely anonymous.

If you do not wish to protect your browsing history because you have nothing to hide, that’s equally acceptable. All evidence thus far suggests that it will be anonymized. But, as the saying goes, it’s better to be safe than sorry.