NBA title series no longer lock for Warriors and Cavaliers 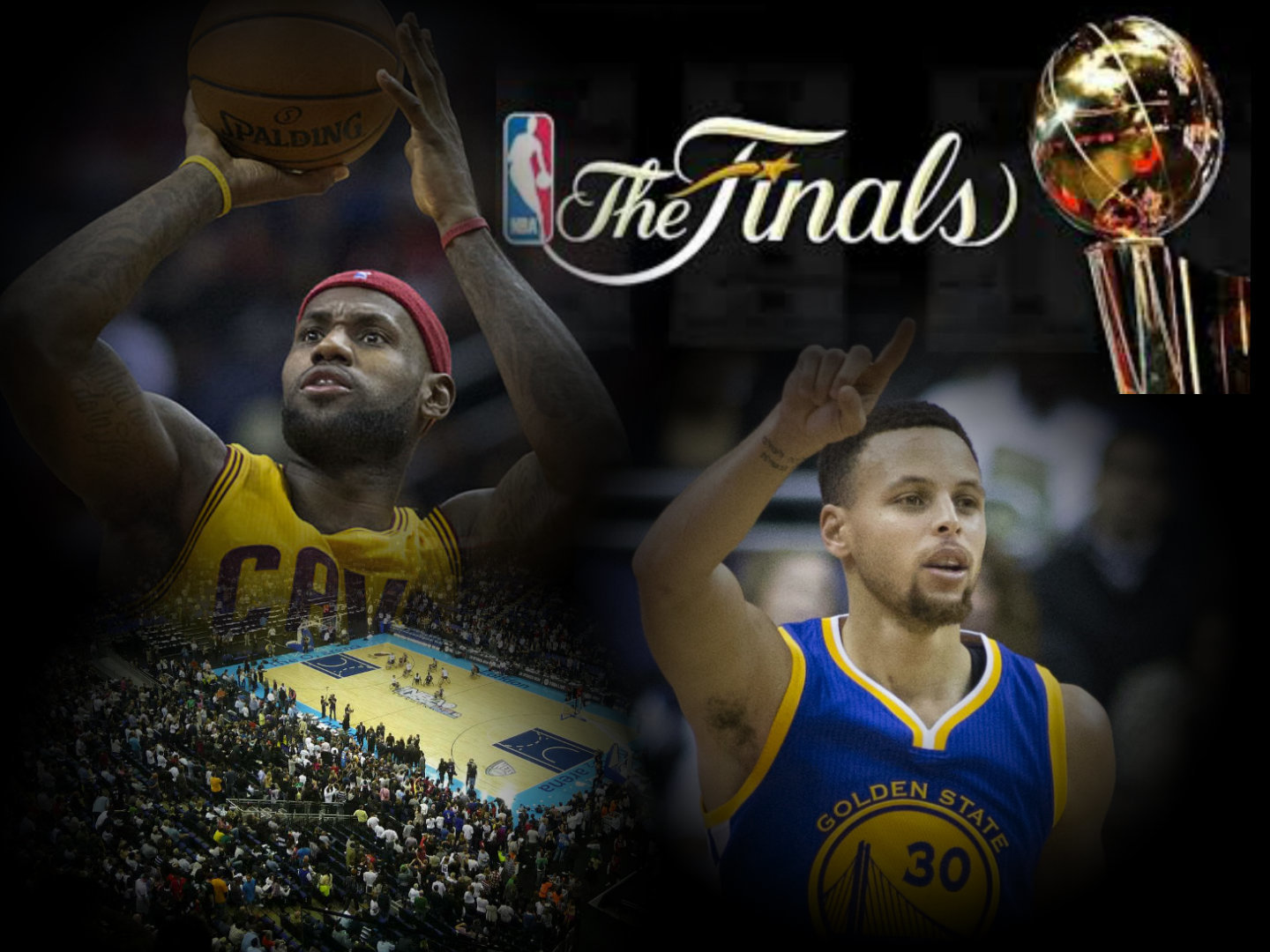 The NBA Finals may not see the third straight year of the Golden State Warriors against the Cleveland Cavaliers. (credit: Charles Hallman via Minnesota Spokesman-Recorder)

The NBA season draws to a close on Wednesday, and even with so few games left, questions remain about the postseason picture. That said, the end of a grueling 82-game basketball season leaves very little left to learn in the final few games besides playoff seeding.

While that seeding will determine home court advantage and can certainly swing games, the large number of possessions in a basketball game and the best-of-seven format in the playoffs mean that the best team usually hoists the Larry O’Brien trophy come June.

This article will explore the top two teams in each conference’s reasons to believe and potential weaknesses going into the playoffs. It will also pick out two teams that could potentially play spoiler and surprise people with deep playoff runs.

Reasons to believe: The Warriors have claimed the league’s best record in three consecutive seasons, but this team has been particularly devastating at its best. The Warriors had already won the NBA Finals and broke the regular season wins record in back-to-back seasons before they added forward Kevin Durant, easily one of the five best players in the league. This team can create insane amounts of space with the shooting they get from Durant, reigning Most Valuable Player Stephen Curry, and guard Klay Thompson. Each of those guys can slice up a defense by themselves with that space, but coach Steve Kerr’s system keeps the ball flying around the court, finding open shooters and cutters and generally being a nightmare for opposing defenses. The Warriors boast the league’s top rated offense per 100 possessions. In addition, Thompson, Durant, and forward Draymond Green are all excellent defenders who can guard multiple positions. Trying to attack the basket against the forest of limbs created by this team’s defensive scheme is nearly impossible, and the Warriors’ second best defensive rating per 100 possessions adds statistical weight to that.

Potential weaknesses: Conventional wisdom says the Warriors’ Achilles heel is their rebounding, but they are an average team by rebounding rate. While this certainly isn’t good come playoff time, it’s not the weakness it’s made out to be. Only three of the nine teams ahead of them will have home court advantage in the first round of the playoffs, and only five will make the playoffs at all. The weakness I see haunting this team is their penchant for turning the ball over. Golden State was the eighth worst team at protecting the pumpkin this season and if they continuously have to run back in transition, it could wear out their rotation, which is thinner this year than in the past due to the salary dumping necessary after acquiring Durant. This would massively mitigate the edges they have all over the floor against other teams.

Reasons to believe: The Cavaliers have one of the best rosters in the league. Forward LeBron James has been to the NBA Finals in each of the past six seasons on two different teams. That’s an insane streak, and James has put up another strong campaign this season. His athleticism and physical strength combined with his keen passing vision and basketball IQ make it nearly impossible to stop James from doing damage. James’ supporting cast is also star-studded. Guard Kyrie Irving has a mesmerizing handle on the basketball and combines that with underrated strength to create space even against tight defense. His famous daggers that have come at the Warriors’ expense are not a coincidence. Forward Kevin Love has also really grown into his role with the Cavaliers, hitting three pointers consistently and crashing the glass, collecting over 11 rebounds per game. Other role players provide everything from shooting to defense to a strong bench presence, making this a scary team on paper.

Potential weaknesses: The statistical case for the Cavs being the best team in the league is weak. This team is the third-best offense in the league on a per possession basis, but only the 22nd best defensive team. They have little rim protection, and they can seem disengaged or overmatched at times on the perimeter defensively when the other team moves the ball. The offensive firepower of the Celtics, Wizards, and Raptors could prove to be an issue even before they get to the finals. They’re 19th by rebounding rate, and center Tristan Thompson has regressed badly on the glass, often getting shoved around and finding himself out of position. His thumb injury on Tuesday could exacerbate this during the playoffs. Even the Cavaliers’ offense isn’t unassailable, as turnovers have led to them giving up huge amounts of transition possessions, which every team struggles to defend. For the first time in three years, a Warriors vs. Cavs final only seems probable, not inevitable.

Reasons to believe: Utah is three seasons into being the basketball nerd darlings, and this year they finally delivered on the potential we were promised. This team has everything a not-so-casual basketball fan could want: a deep, talented rotation; beautiful, complex sets composed by coach Quinn Snyder; fringe candidates for major end-of-season awards in forward Gordon Hayward and center Rudy Gobert; and a slow, deliberate style that lends itself to picking apart every single possession to unpack what exactly was going on. This team has the tools to find itself in the Western Conference Finals or beyond should they play their best basketball. Their starting rotation features five strong defenders who can guard multiple positions, giving them the ability to switch screens that has become so en vogue in the past few seasons. Gobert, their defensive anchor and potential Defensive Player of the Year, is a solid rim protector who uses his leaping ability and length to snuff out basically everything at the rim. The result has been the NBA’s third best rated defense per 100 possessions. Offensively, this roster is loaded with excellent passers from guard George Hill to forwards Joe Johnson and Boris Diaw who come off the bench. However, it’s Hayward’s ability to put the ball in the basket from anywhere on the floor in nearly any situation that allows this offense to be more than just an intricate Rube Goldberg machine. The Jazz are a middling offensive team, but in the playoffs where Hayward will get increased attention from opposing teams, he has shown he has the skills to thrive in that environment.

Potential weaknesses: With the exception of Hayward’s scoring and Gobert’s rim runs, this team doesn’t have a ton of ways to put the ball in the basket. Often times, it seems like the ball is moving around from player to player with no clear goal and a beautiful possession ends with a rushed chuck towards the hoop before the shot clock ends. Hayward is not a particularly successful isolation scorer, meaning that the ball movement is their best way to put up points, but in crunch time, it would be much nicer to have a fallback option. That could cause them headaches in the playoffs that could even get them bounced in round one by the Clippers.

Reasons to believe: This team just went on a dominant stretch without guard Kyle Lowry, their second best player and a cornerstone in both their offense and defense. Their best player, however, is guard DeMar DeRozan, whose incredibly precise footwork makes him a handful to guard and allows him to uncork thirty- and forty-point games when he’s on. The Raptors are the only team in the Eastern Conference who are rated in the top ten in both offensive and defensive efficiency. This includes the portion of the season before they acquired forward Serge Ibaka, who has been a strong presence on both sides of the ball, and PJ Tucker, their best one-on-one defender on the wing. This team is deep with talent and has a bevy of ways to score and stop the other team from scoring. If their perimeter players can’t find a shot, center Jonas Valanciunas hasn’t been the destructive force posting up he was in years past, but he provides a decent safety valve. Pairing him with Ibaka has been successful since both players operate in different parts of the floor, giving the other one the room to deliver the damage they need to. Defensively, the Raptors don’t have the ability to switch on screens that other teams do, but they have many talented on-ball defenders that make it hard to get away from any defender that easily.

Potential weaknesses: DeRozan’s lack of three point range confines him to the midrange shot, which can be inefficient even in his capable hands. This can clog up the floor for everyone else and sometimes the Raptors just don’t find the space necessary for good looks, preventing their offense from being a dominant force like the Warriors or Cavaliers. Defensively, their versatility is difficult to match up with but their rigid roles can be exploited. This is a hard defensive team to beat, but forests of screens can short circuit it.

The NBA Finals has seen the same two teams play in in the past two years, and the current standings would point to a third straight year of Cavs vs. Warriors. However, both the East and West boast contenders that simply weren’t assembled last year, and we might see someone new break into the Finals for the first time since 2015.