The Frame: Power and the Soul 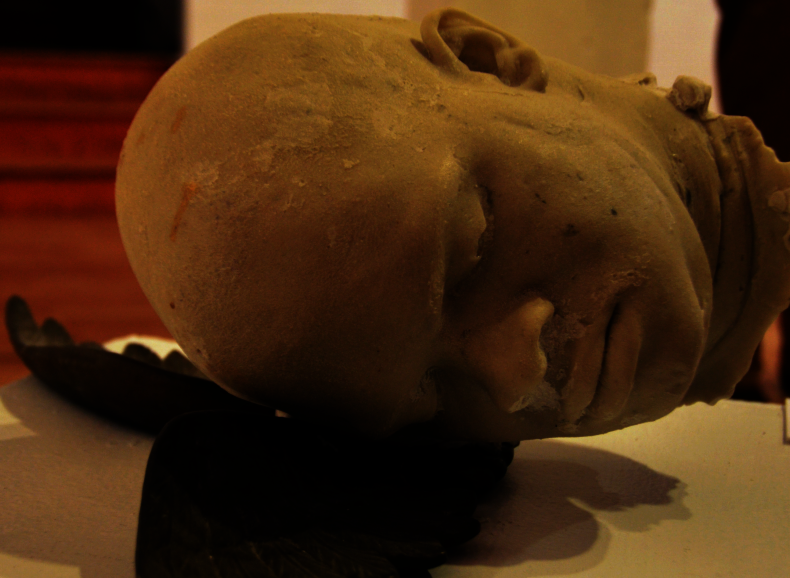 Power and the Soul is the annual Frame gallery show focused on identity, intersectionality, and diversity, on view Jan. 27 - Feb. 16. This exhibit offers an important and illuminating look at some of the Carnegie Mellon School of Art’s most prolific artists, whose presented artworks reflect the current aura of the community’s sentiments towards the political climate and recent elections. Some of the works illustrate the artists’ personal experiences with the effect of politics infiltrating their lives, such as sophomore Aldy Lawantara’s "Childhood Memories of the Indonesian Genocide." Other works are direct polemics of current political controversies, such as junior Andrew Edwards’ "Help me be Heard," a screen print criticizing the Dakota Access Pipeline project.

The show included two discussion events, where curators Maya Kaisth, a senior art major, Kasem Kydd, a junior also majoring in art, and Daniel See Yongxin, a Bachelor of Humanities and Art sophomore, monitored the conversations and questions visitors had regarding the artists' creative practices, the development of their works, and the thought processes of combining personal and political elements. The discussion embodied a free-form structure, where the artists present could choose to talk about their work, visitors were invited to provide commentaries, and anyone could open up discussions about race and inequality.

I had the pleasure of attending one of these discussions in the Frame. It started with the introduction of Kydd, who introduced his work "The First Black Men on the Moon." Originally a video for multi-monitors meant to imitate a triptych, a quintessential framework of art predominantly found in religious Renaissance and Gothic creations, "The First Black Men on the Moon" explores the historical context, and attempts to rewrite historical narratives of the past, present, and future. It’s a digital lineage of video-making, unbound to the traditions of what the craft originally means. Inside the three channel video monitors, Kydd plays multiple characters and how they interact on a lunar landscape, what the impacts are like for that particular event, how the black men interact in these spaces and what those interactions mean, and how culturally relevant they are now.

Calm and introspective, Kydd narrated the creative and interpretive choices that effectively symbolize his struggle with manhood, mental rigidity, and race. His focus tunneled towards certain spaces like sports. He uses his work as escapist spaces where he leaves the physical world and where he can pretend to be a basketball player, a dream he has always had as a child growing up with black basketball role models.

What I initially believed would become an emotionally charged discussion filled with tension turned out to be quiet and courteous, with many attendees lost in speechless contemplation. Artists seated around the circle shifted quietly, perhaps reflecting on the societal bounds they are trapped in, the possibilities they couldn’t achieve. One commentator stated how peculiar that the most popular genre young black men are recreated in are sports games as opposed to science fiction games, or fantasy games, so even still, the limit of imaginativeness is constrained. It seems that black men are trapped within the limits of choosing between being represented as a rapper or an athlete. Kydd nodded in agreement.

This was the pace for the next hour and a half. Artists were seated in a circle patiently waiting their turn, humbly describing their pieces, followed by a moments of silence. Kaisth, poised on her bench seat, provided commentaries that would fill the pockets of silence, provoking the artists to elaborate on their personal experiences and artistic choices. When faced with a new description around the circle, her eyes would light up, attentive and observant. On one occasion, sophomore humanities and art major Chloe Desaulles described her data visualization piece, a submission-based feed that provided a platform for opinions to be protected in complete anonymity. Kaisth, impressed with its interactive qualities and shouldering the responsibility of sustaining the conversation, commented on the work quite like a critique. “It would be really interesting for you to have it in different geographical locations, because here... at [Carnegie Mellon], people seem to feel the same way even though there are a few outliers.”

The conversation became more lively when an artist expressed her conflict between being a maker and an activist. “It’s a hard balance of an issue and there is so much guilt associated with it,” she said, questioning the usefulness of her work and struggling with allocating her time to both her craft and student activism. Many agreed on the difficulty of fulfilling that dual role. Kydd, who had slowly become more outspoken during the session, remarked thoughtfully how necessary it is “to realize the importance of the work you’re making and the roles it can have in the future, to harness that power onto yourself. [I] think it’s super necessary to... realize you can be both simultaneously.” Everyone else nodded.

Excellently curated, Power and the Soul successfully chronicles the emotional turmoil many individuals experienced regarding the “pain we have seen, heard and felt within our communities, and America as a whole.” Interactive and inclusive, the show is a step forward in providing a necessary conversation about the human condition amidst a polarized era of inequality.