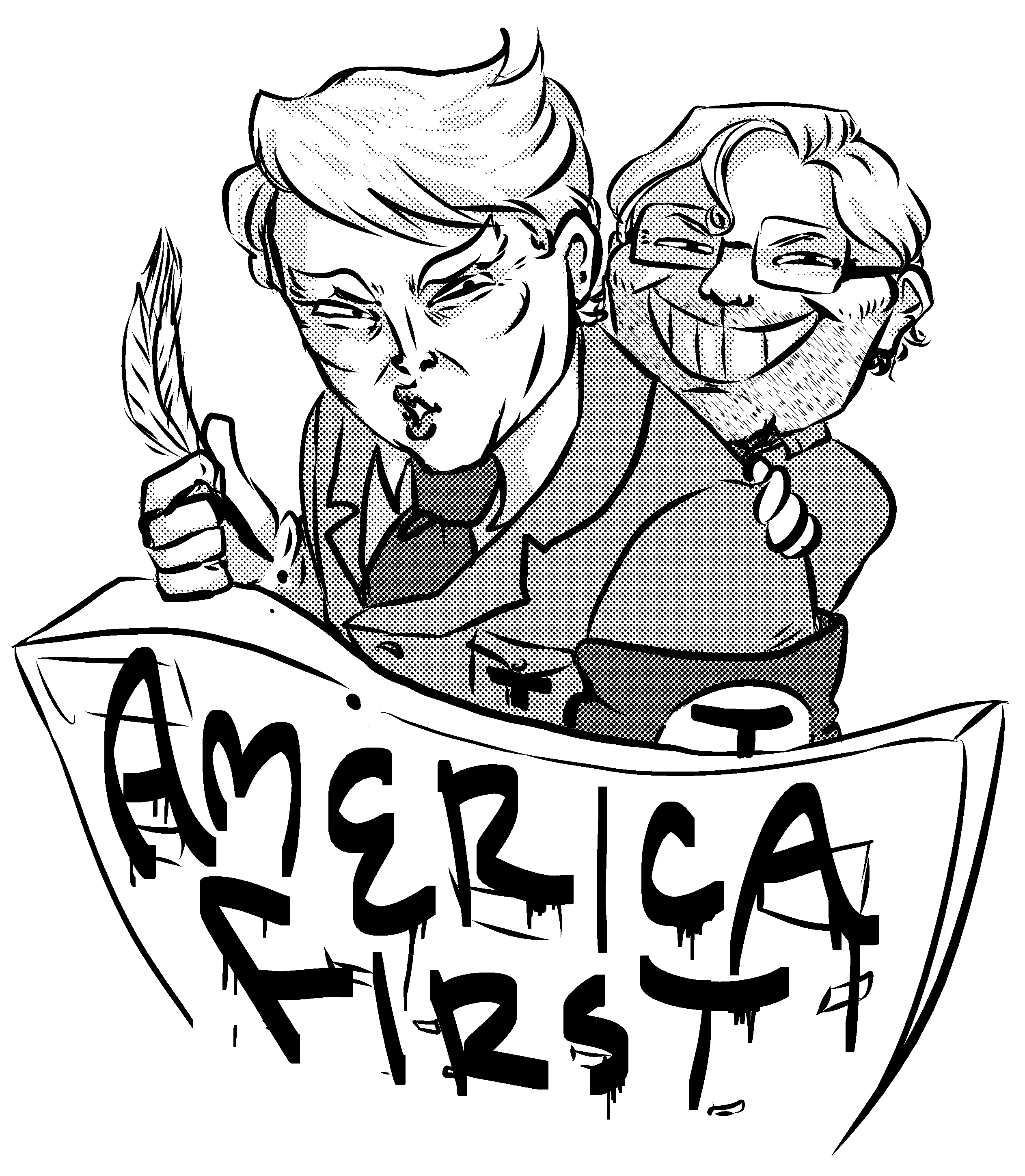 On Jan. 27, 2017, President Donald Trump signed Executive Order: Protecting the Nation from Foreign Terrorist Entry into the United States, which prohibits citizens and refugees from seven majority-Muslim countries from traveling and emmigrating to the United States. The order has enforced a 90-day ban on all entry into the U.S. for those coming from Iran, Iraq, Libya, Somalia, Sudan, Syria, and Yemen. Travelers trying to enter the United States from these countries have faced indefinite airport detainment, and at least 60,000 visas have been revoked. U.S. citizens and dual-citizens from one of the seven banned countries will be admitted on a case-by-case basis.

There has also been a restructuring of the United States’ refugee program. Despite the United States’ refugee vetting system being one of the strictest in the world, Trump believes there is more the government should be doing. The entire refugee admissions system has been entirely shut down for 120 days, and the Syrian refugee program has been suspended indefinitely. Religion has become the basis for the admission of refugees, with an emphasis on admitting refugees who are of a minority faith in their country. The order has forced many already-admitted refugees into an uncomfortable limbo, making them unsure of the future of their place here.

Before analyzing the obvious moral wrongdoings of this executive order, let’s first discuss the illegitimacy of its institution. In 1962, Executive Order 11303 was signed to dictate and standardize how further orders should be prepared, filed, and published. Order 11303 states that any proposed order must be signed by the Director of the Office of Management and Budget (OMB) and by the Justice Department. Both the Justice Department and the OMB denied to respond when asked if Trump’s order had been through this process. Whether or not you agree with the order, it should be at the very least concerning that the Trump administration has seemingly no interest in behaving in accordance with precedent.

The executive order has widely been referred to as a “Muslim Ban,” and has received support from members of the Republican party, including Vice President Mike Pence and House Speaker Paul Ryan. Unsurprisingly and deservingly, the order has also received a lot of backlash. Several lawsuits have emerged and countless protests have been filling airports around the nation. Former Acting Attorney General Sally Yates, who has since been fired for her opposition, believes the ban is unconstitutional due to it’s targeting of a particular religion. However, the Trump administration has made its attempts to discourage the idea that the executive order is a ban against Muslims.

It is admittedly hard to believe that the administration does not equate Islam with terror when the seven countries included in the ban are all countries where the majority religion is Islam. However, many are wondering why, if Trump’s goal is to prevent terrorism, countries whose citizens have committed acts of terror against the United States have not been included in the ban. It is also difficult to view this as anything other than a Muslim ban when the executive order has barred Syrian refugees, but will make exceptions for Christian refugees.

The executive order does not use the word “Muslim” in its language, but Trump’s statements tell a different story. In 2015, Trump stated that the United States should implement a “complete shutdown of Muslims,” and ban them from entering the country because “most Muslims protect terrorists.” These claims are dangerously untrue. In 2016, Trump stated he does not intend to distinguish between radical Islam and peaceful followers because “you don’t know who is who.” Some time later he claimed that Muslims are trying to “take over our children and convince them how wonderful ISIS is.” This was yet another grossly incorrect and offensive statement by the then-president-elect. When asked by a reporter in December, following his recent election, if he still believed in creating a Muslim registry, he responded, “you know my plans.”

If you weigh the rhetoric of the order with the astoundingly offensive and misleading comments made by Trump, it is clear that the goal of his administration is not as well-intentioned as the administration would like us to believe.

The order is not the only border-control measure that the administration is working on. Trump has voiced his plans for a wall that will span the length of the southern border of the United States. It’s obvious that this measure targets one group of people.

Trump maintains that the wall should cost $8 billion, but experts from MIT agree that a much more realistic price tag is anywhere between $25 and $40 billion. There is a significant lack of funding for the construction of more secure fencing, let alone a wall of this size. Trump has also misled supporters into believing that he could force Mexico into paying for the wall. Realistically, money for this project would have to come from U.S. taxpayers or a tax on imports. Large border projects have been attempted before. In a report from the Department of Homeland Security, it is estimated that the government has wasted $69 million in taxpayer dollars trying to build border walls, proving that the wall is both geographically irrelevant and an economic disaster.

Let’s pretend that the border wall is economically feasible and that Trump’s true goal is to protect U.S. citizens. This does not make up for the immorality of his plans. The United States was founded on the idea that anyone, of any religion, should be free and safe from persecution. The Statue of Liberty reads: “Give me your tired, your poor, your huddled masses yearning to breathe free.” President Trump’s plans for our nation’s borders has turned away the tired and the poor. They have turned away those yearning to breathe free. There is beauty in diversity. Our diversity can make us a strong, compassionate nation if we give those around us the chance to live a free and prosperous life, a life that everyone on this Earth is entitled to.