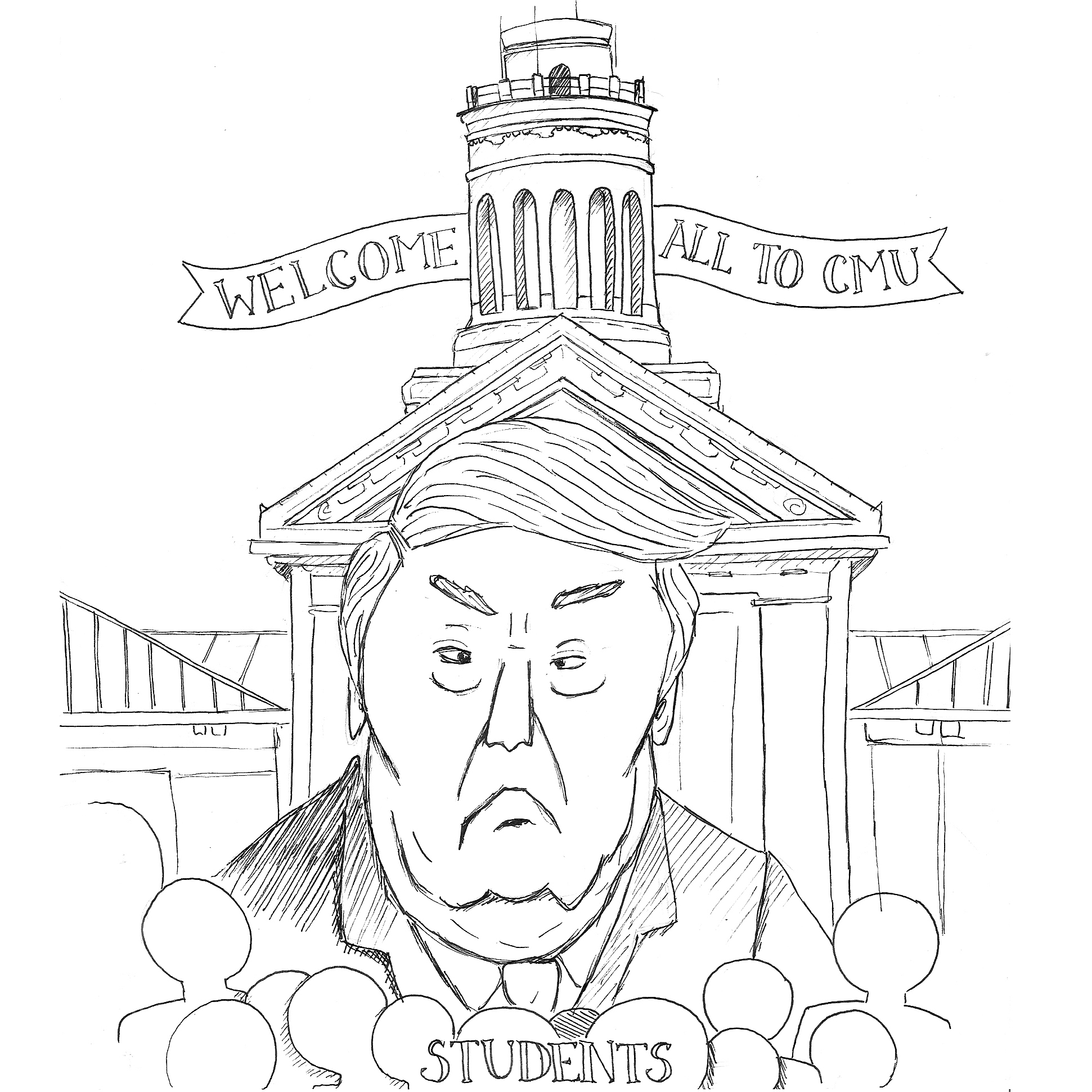 On Friday, Jan. 27, President Trump signed an executive order halting the U.S. refugee resettlement program for 120 days, putting an end to the resettling of Syrian refugees in the U.S. indefinitely, and banning citizens of seven predominantly Muslim countries in the Middle East and North Africa (Iran, Iraq, Libya, Somalia, Sudan, Syria, and Yemen) from entering the United States.

A federal judge temporarily stopped enforcement of much of the controversial counter-terrorism executive action on Friday, Feb. 3. Judge James Robart instructed the government to no longer ban individuals from the seven countries from entering the U.S., and the refugee bans were undone as well. Even the section of the executive order that instructed the government to give preference to religious minorities when selecting refugees was halted by the restraining order. This is a temporary measure that will remain in place until the court system makes a more definite ruling.

Provost Farnam Jahanian and Dean of Students Gina Casalegno also wrote a letter to the Carnegie Mellon community, pledging that the university will offer support and assistance to international students who are affected by changes in the immigration policy. Helen Wang, the Director of Residential Education, emailed students promising that Carnegie Mellon will continue to be an inclusive and accepting home. “No matter where you hail, what your beliefs, where your frustrations/anger/fear/hurt comes from, you have a place and a home with us,” Wang wrote.

The Office of International Education has been posting regular updates on its news page, which includes the recommendation that citizens of the seven countries included in the executive order should not travel outside of the U.S. due to the “ongoing legal uncertainties.”

To get a better understanding of the policy changes, The Tartan spoke with Brian Kovak, Assistant Professor of Economics and Public Policy at Carnegie Mellon University’s Heinz College, who researches and teaches courses on immigration policy.

Professor Kovak noted that “there’s quite a bit of historical precedent for presidents using executive actions to either strengthen or defer immigration policy enforcement.” President Jimmy Carter temporarily restricted certain types of travel from Iran to the U.S. during the hostage crisis of 1979-1981, and President Obama used executive power to more thoroughly vet Iraqi immigrants and refugees, but Kovak claimed that Trump’s executive order is “certainly unprecedented in the modern era in terms of its scope.”

So why were these seven countries selected for the ban? It appears that the countries were taken from a 2015 list put together by Congressional Republicans and the Obama administration’s Department of Homeland Security. Since 2015, citizens of the countries on the list have been required to obtain a visa to enter the U.S., even if they also have a passport from a country like Britain or Japan.

Would these immigration and refugee restrictions make the U.S. more or less safe? Kovak thinks that “on balance, it’ll have a minimal effect.” Kovak pointed out that “No one from the seven countries listed has been arrested on terrorism charges in the years since 9/11. No one from those countries was involved in the 9/11 attacks.” Further, Kovak believes that the existing vetting procedures for refugees and immigrants are “quite extensive”, so an outright ban would not significantly reduce risk.

Jonathan Caulkins, a Heinz College professor who studies counter-terrorism policy, also believes that the executive order would “not make a huge difference either way.” Caulkins dismissed concerns that the policy would offend the Iraqi government, the United States’ ally in the fight against ISIS, saying that most Iraqis probably already have their mind made up one way or the other about the United States, and this policy wouldn’t do much to change that. Kovak disagreed, saying that the immigration ban “may generate a breakdown of international relations between our government and the governments of allied countries, such as that in Iraq” which could reduce cooperation and “make us substantially less safe.”

As for the prediction made by Senators John McCain (R-AZ) and Lindsey Graham (R-SC) that the executive order would facilitate terrorist recruitment, Caulkins and Kovak are both doubtful that the policy will have a large effect on ISIS’ ability to gain followers.

If you are passionate about immigration policy and would like to voice your opinion, Kovak recommends the following for students who are eligible to vote: Register to vote in advance of the 2018 midterm elections and call your representatives in Congress. For students registered to vote on campus, contact Senator Robert Casey (D-PA), Senator Pat Toomey (R-PA), and Congressman Mike Doyle (D-PA). Make sure to list your name and address of your voter registration so that the politician knows that you are his/her constituent.