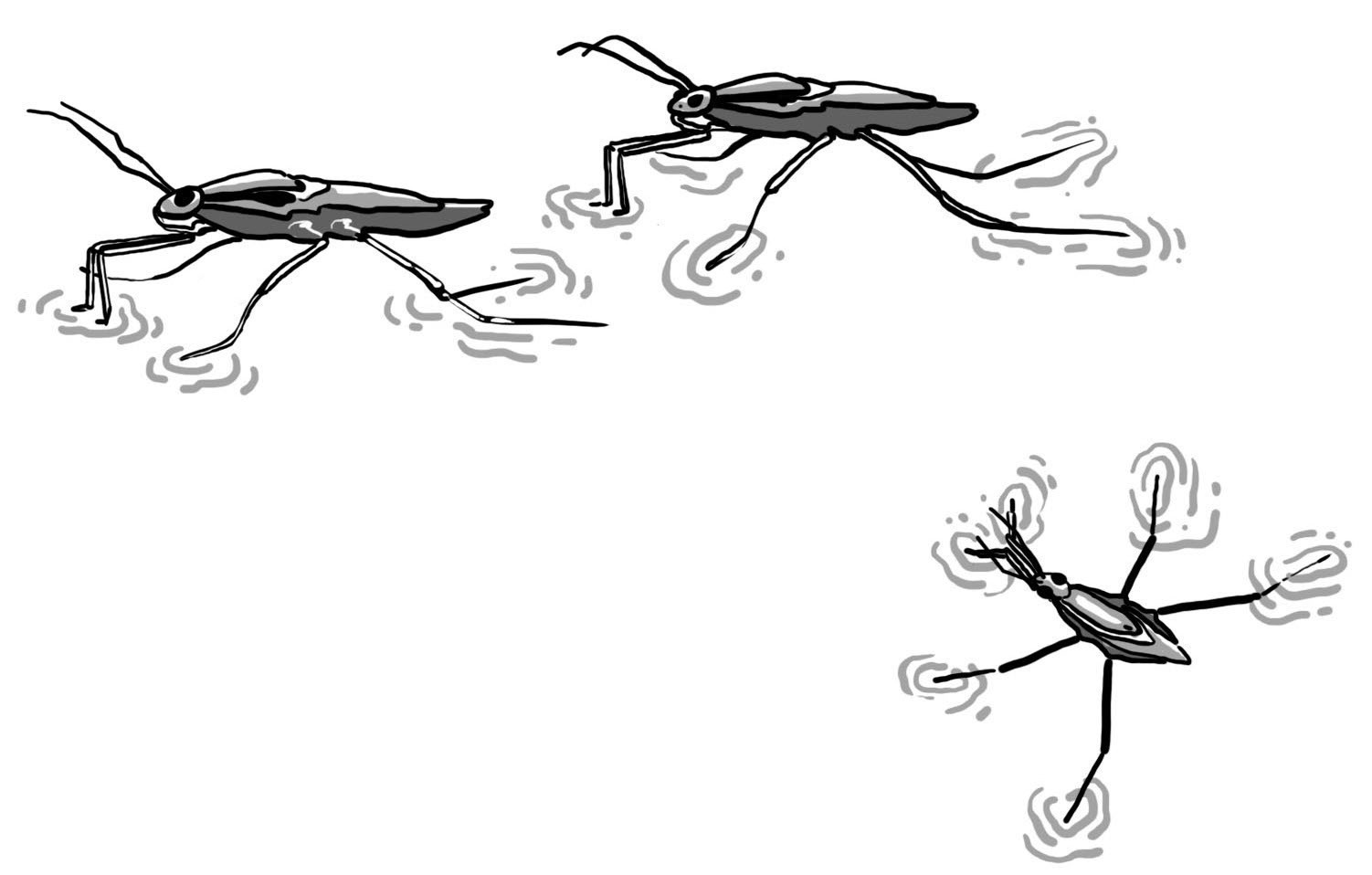 Bees and butterflies are experiencing widespread population decline, creating public concern in recent years. Data collected in Germany suggest that it’s not just bees and butterflies at risk: insect populations overall have plummeted by more than 75 percent since 1989. Scientists have known about the population decline for several years. However, they didn’t know how many species were declining, and they didn’t expect it to be happening so fast.

The insect population data comes from a group in Germany called the Krefeld Entomological Society. The Krefeld Society, whose members are mostly amateur entomologists, has been collecting data on insect populations since the 1980s in 63 different nature preserves. The members travel to a given spot every few years to set up an insect trap: essentially, a fabric tent suspended above a jar of alcohol. The insects fly into the tent and can’t fly out. While they’re trapped in the tent, the rising vapor from the alcohol below gradually inebriates them, and they drop into the jar. The Krefeld Society can then catalog the number, type, and weight of the collected insects.

The fact that they collect any species that flies into the trap is what makes this study so important. It’s rare to find numbers on the population trends of most insects. While researchers have kept fairly consistent tabs on iconic insects like monarch butterflies and honey bees, “we have a pretty good track record of ignoring most noncharismatic species,” says Joe Nocera, an ecologist at the University of New Brunswick. Because the Krefeld Society isn’t focused on any one kind of insect, they can look at the big picture.

Based on this study, the big picture for insects looks grim. While the Krefeld Society is still working on cataloging the species in their collection, and don’t yet know all the details, they do know the biomass of each catch (the combined weight of all the insects). They found that since 1989, insect biomass has gone down by over 75 percent. This number — far larger than expected — has left the scientific community reeling. “If we lose insects we’re doomed,” says Dave Goulson, professor of biology at the University of Sussex in the U.K. “I know this sounds overly dramatic, but we absolutely are. Life on Earth would be utterly changed. We wouldn’t be able to grow our crops. Dung would build up in the fields. Life on Earth would essentially cease. So, we absolutely have to take this really seriously.”

It’s hard to figure out what can be done to solve the problem of insect disappearance without knowing what’s making the insects disappear in the first place. In the Krefeld study, the Krefeld Society members worked with scientists at German universities to analyze their data, examining several factors like the changes in weather and local plant life. No simple correlations have been revealed, suggesting that multiple complex factors are causing the population decline.

One factor is likely the way that land is being used. All the data in the Krefeld study was collected from protected nature areas, but the surrounding land can play a factor in how well the nature preserve can support insect species. (Insects, which travel frequently, don’t pay attention to the boundary between the preserve and private land.)
When fields are fertilized to make better grazing land, wildflowers (which insects need) are replaced by grasses. When towns and urban areas replace fields, the lights confuse nocturnal insects and disrupt their mating. “We’ve lost huge amounts of habitat, which has certainly contributed to all these declines,” Goulson says. “If we turn all the seminatural habitats to wheat and cornfields, then there will be virtually no life in those fields.”

In agricultural areas, the use of pesticides has also contributed to the decline of insects. Decades ago, when pesticides like DDT were exposed as poisonous, they were replaced by safer alternatives: safer for humans, but with lethal effects for insects. Neonicotinoid pesticides, introduced in the 1980s when the Krefeld Society began their study, are considered safer for humans than many alternatives because they are applied to seeds before planting rather than to growing crops.

However, they have disastrous effects on insects. When bees are exposed to these insecticides, they become less able to navigate and communicate with other bees. In wasps, neonicotinoid exposure cuts mating rates in half. Neonicotinoids have already been revealed as a major culprit in the declining population of bees and other pollinators. Because neonicotinoids dissolve in water so easily, rainwater can carry them far away from farm fields.

In meadows adjacent to agricultural areas, flowers produce pollen and nectar that contains more neonicotinoids than the crops the insecticides were intended for, Goulson and his colleagues showed in 2015. Despite the fact that they are demonstrably harmful, neonicotinoids are the most commonly used insecticides today.
The decline of insects is a problem that needs to be taken very, very seriously.

Almost our entire agricultural system depends on insects to pollinate plants so that they can produce fruits, vegetables, and seeds. If we have no insects, we will not be able to grow food.
We aren’t the only ones who will suffer if insects go. Researchers have already connected insects’ decreasing numbers to the population declines of starlings in North America. Birds, reptiles, amphibians — any species that depends on insects for food will start to die out, and anything that eats those animals will take losses. The biodiversity of the entire world is at stake.
The fact that we’ve apparently lost 75 percent of insect biomass in less than 30 years makes that future seem a lot closer than anyone would have guessed.
But how accurate is the 75 percent figure? It’s hard to say. This study took place in a single country, and the measurements weren’t as regular as the members would have liked.

Because comprehensive data on insect populations is so rare, there aren’t many datasets from other parts of the world to compare it to. However, the studies on bees and butterflies, as well as smaller-scale studies in England and the U.S., seem to tell a similar story.

In light of this data, the Krefeld Society has immediate plans to make sure their data collection is as thorough and accurate as possible. They plan to install a “biodiversity weather station” that can consistently monitor the presence of species in a nature preserve, with seven automated components.
It includes a pollen collector, a ‘sky scanner’ to spot birds, bats, and flying insects, and a sound recorder to listen for frog, bird, and insect calls. They are also planning to continue their traditional insect collections at more frequent intervals. Though the exact magnitude of insect population decline is uncertain, scientists are certain that it’s happening.

While there are strategies that might slow it —such as putting restrictions on pesticide use — “they all require buy-in from significant numbers of people,” Goulson says. “One or two environmentalists like me banging on isn’t going to do anything. We need the majority of people on Earth to change their ways, and that’s a pretty difficult thing to achieve.”