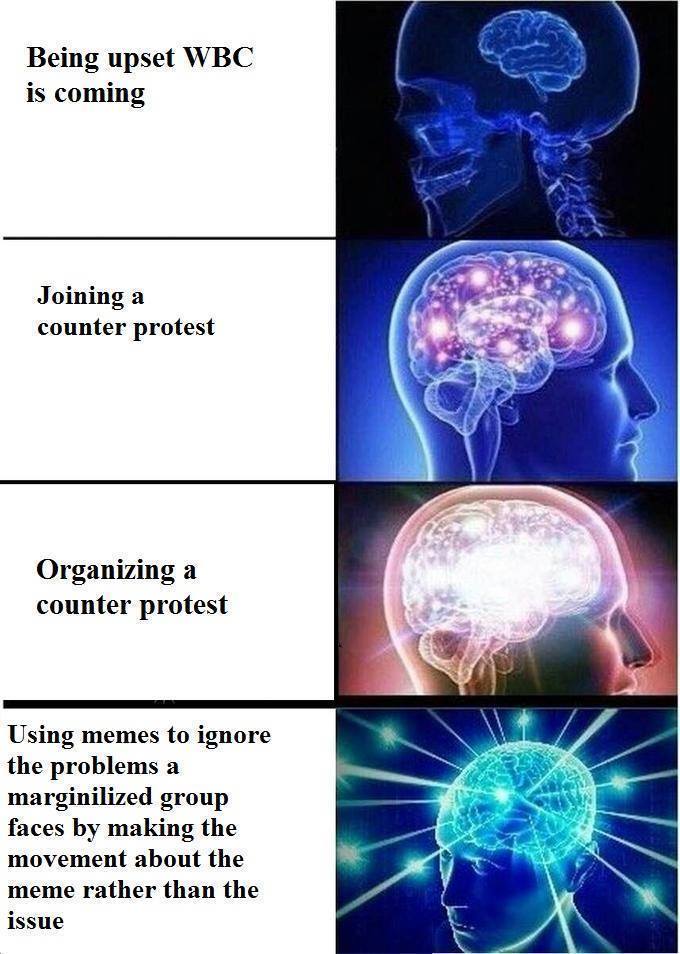 Credit: Courtesy of Marcel Oyuela-Bonzani
Editorials featured in the Forum section are solely the opinions of their individual authors.

New memes are constantly emerging in today's society, especially among younger demographics. Hyper-partisan memes were prominent during the 2016 presidential election, and both Donald Trump and Hillary Clinton tried to use memes to swing votes in their favor. Controversial memes caused Harvard to rescind the admissions of at least ten matriculated Harvard students. Memes here at Carnegie Mellon picked up the attention of the Pittsburgh Post-Gazette with its popular Facebook meme page Carnegie Mellon Memes for Spicy Teens. But what exactly is a meme?

"Meme" is a neologism coined by ethologist and evolutionary biologist Richard Dawkins. He first introduced this term in his book The Selfish Gene to describe "self-reproducing ideas" that are transmitted in a non-genetic fashion. Examples of memes, in the traditional sense, can be found in culture, religion, and ideologies. Memes are studied through memetics, which branches off into fields such as memetic engineering. Memes, both in the traditional definition and in the modern definition, significantly impact society. Politicians such as Trump have shared memes on Twitter, and meme pages such as Gary Johnson's Dank Meme Stash and Bernie Sanders' Dank Meme Stash have been platforms for people with similar political ideologies to share memes expressing their respective standpoints.

One pivotal and contemporary example of memes is found on Facebook, more specifically, Facebook events. Although the ability to host events is not a new feature to the platform, the popularity of spoof events has increased drastically. August saw the boom of "Naruto runs," where people, most notably college students, run across an open area such as a college campus like the iconic anime character. Although one would not expect much out of such a novel event, a considerable number of people partook in these runs.

Facebook event memes are not exclusive to lighthearted references to pop culture; there has also been a boom in events pertaining to the series of hurricanes that have happened this year. Hurricane Irma was met with countless events created by Facebook users impacted by the disaster. Some of these events were purely comical. One event was titled "Shame Hurricane Irma," a reference to Monty Python and the Holy Grail, and another was titled "Why Don't We Just PUSH Florida Somewhere Else!!" a reference to SpongeBob Squarepants. However, some of these event names were more political in nature. "Ignore the Hurricane Because Climate Change is a Hoax" took a fierce jab at the claims that Hurricane Irma was a hoax created to perpetuate the climate change agenda, and "Build The Wall Around [Hurricane] Jose" found an opportunity to criticize President Trump's controversial plan to build a wall between the United States and Mexico. Although these events, at first glance, seem to be funny posts that one would simply scroll through, many people legitimately participated in these events despite obvious safety concerns. Florida police had to warn the public not to shoot at Irma, which stemmed from a Facebook event.

The impact of Facebook event memes can be seen on a much more local level here at Carnegie Mellon. On Oct. 5, four members of the Westboro Baptist Church protested in Pittsburgh. Three universities — Carnegie Mellon University, University of Pittsburgh, and Duquesne University — as well as two high schools — Pine-Richland High School and Oakland Catholic High School — witnessed the four members singing parodies of hit songs and holding up vibrant homophobic and otherwise controversial posters. In response, Facebook event pages emerged. Some spread the word about serious counter-protests, but others continued the trend of spoof Facebook events.

Taking such a comedic approach to address and resolve an incident leads us to a debate. One major criticism that students brought up was that such jokes poked fun at a event with immense gravity and showed the privilege of non-marginalized students who are not attacked by this Church. This discontent was expressed through an "expanding brain" meme. The meme shows a ranking of different events, the top event being most preferred and paired with the smallest brain, following gradually expanding brains with gradually less desirable events that all lead up to the fully expanded brain and the least desirable event. This particular example of the meme suggests that the types of Facebook events that have emerged in response to Westboro's arrival do absolutely nothing to counter the issue at hand.

Furthermore, some students argue that the spoof Facebook event memes further desensitize us to future events by constantly poking fun at serious topics. However, other students argue that such memes do not inherently detract attention from the actual issue itself, meaning the events promoting Naruto runs across hurricanes do not make people perceive the hurricane as less destructive or deter evacuation plans. Founder and administrator of Carnegie Mellon Memes for Spicy Teens, Emily Newman, addresses that these memes were brought up among the other moderators of the meme group. Furthermore, she concluded that the spoof events were harmless because we "continue[d] to educate on the issue" that Westboro Baptist Church is a "hate group and serious" and the spoof pages did not clash with information about legitimate counterprotests.

Similarly to how propaganda heightened emotions of patriotism during World War II and how counterculture in the sixties moved away from the Cold War, memes are steering today's political atmosphere, especially for younger generations. Just as primary documents from the Cold War was presented to students in an Advanced Placement exam for U.S. History, so too may Internet memes will take their place within decades.