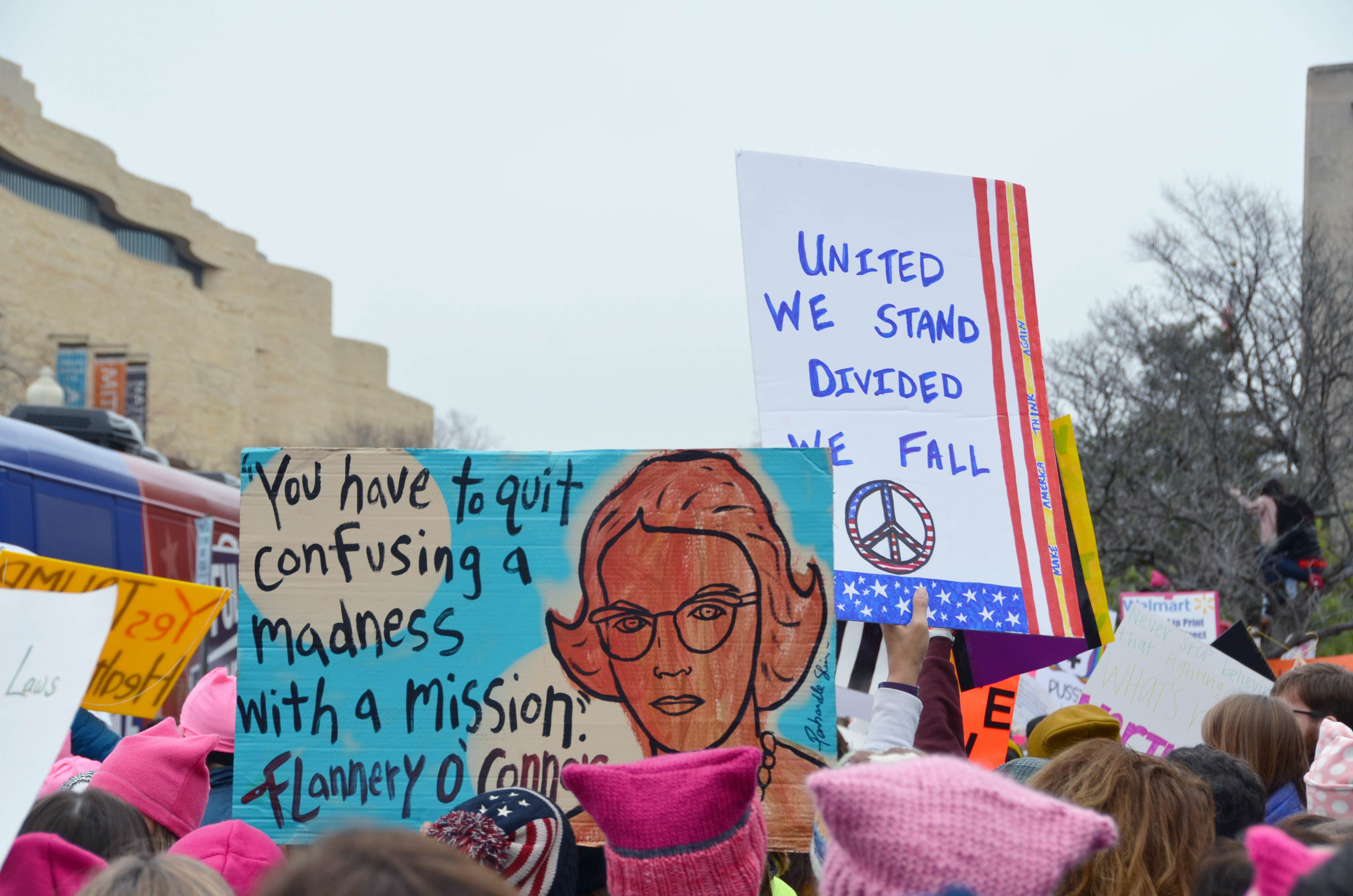 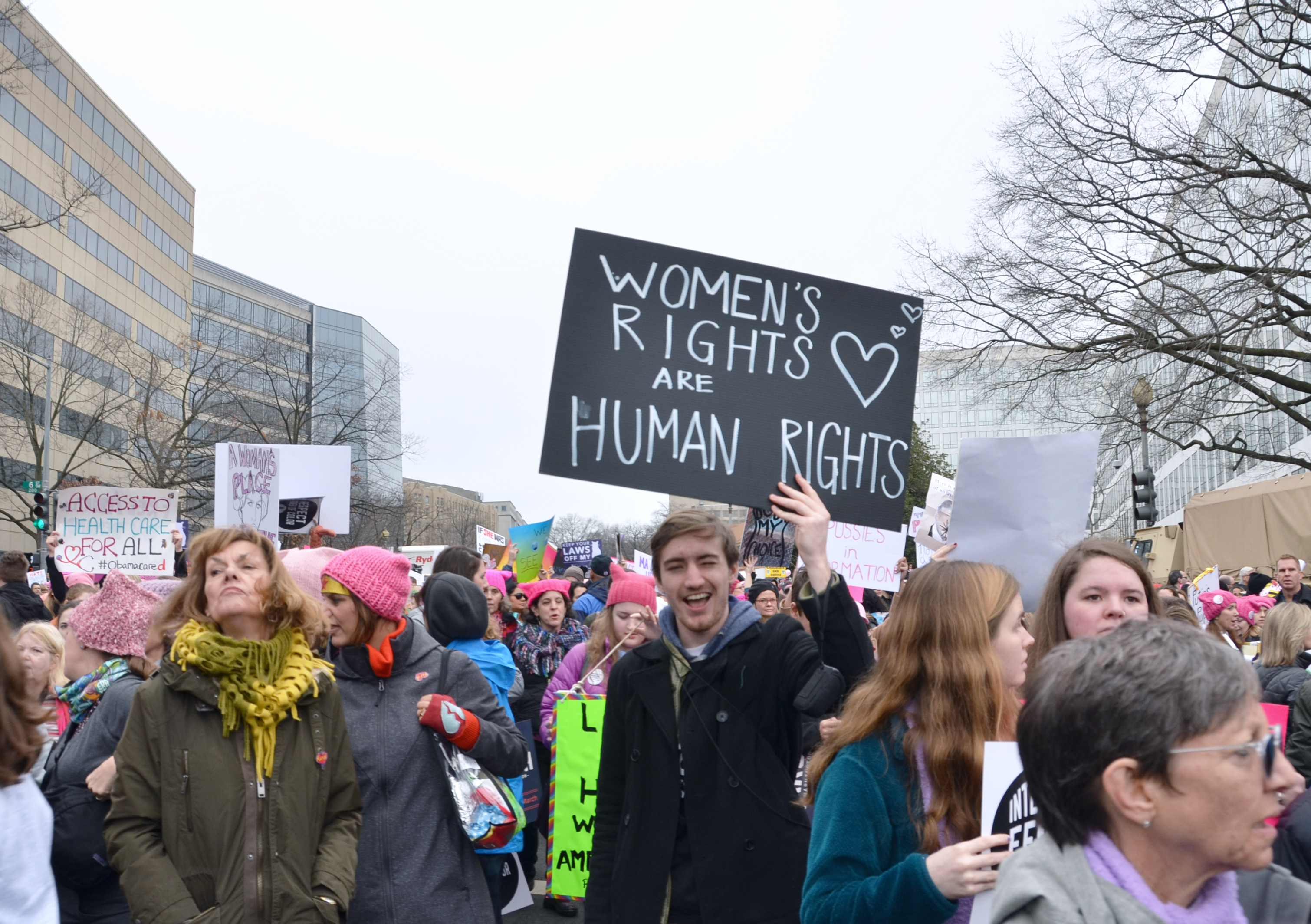 Around Christmas, the highly contentious debates I had with my parents about social issues and identity politics came to a point of eruption when I mentioned that I was (and am) a feminist. I had successfully avoided the topic with them for six years, knowing my explicit honesty and progressive stances were unwanted in the house.

Amidst the yelling and interruptions, my Dad shouted, “If you go to that women’s march, I won’t be speaking to you for a year.” That finally shut me up, because I knew he meant it. But my thoughts kept running. Was he being unreasonable? Am I supposed to choose family over my beliefs? If I chose to go, I would be disrespecting the views of my elders, and causing them to lose face within our community. If I didn’t go, I would be abandoning my own values and morals, and silently implying that I was perfectly fine with inaction in a pressing time of need. The central question was, which one was worse? I decided the latter was and quietly drove to Washington, D.C.

I attended the Inauguration ceremony on Friday, and wedged myself between Trump supporters and protesters on Pennsylvania Ave across the street from the Trump International Hotel. Primarily looking to snap a few good pictures of the historic moment, I quickly began to realize how uncomfortable I was about the situation. Trump’s voice permeated the area, his words slightly distorted by the overhead speakers. The dismal weather cast a washed-out and pale look to people’s faces. Many fights broke out, eruptive and intense like firecrackers placed randomly along the blocks. Looking up at the American flag, I feared for the country’s future and overall well-being of its citizens. I witnessed individuals, incapable of rational and civil behavior, instead preferring to exacerbate the hostile environment. They jeered and intimidated others, and oftentimes engaged in physical altercations. They looked like strangers to empathy. I think that’s what scared me the most. Whatever idea I initially had that this event would provide didactic potential and enlighten me on issues I overlooked died.

On the other extreme was my experience at the Women’s March the very next day. Being a part of the nation’s largest one-day protest in history was empowering and up-lifting. Standing in the Dupont Metro while watching carts loaded with women, men, and children warmly dressed, I knew the turnout rate would be far greater than I initially expected. I stepped onto the National Mall crowded with kindred souls, streams of people headed towards the various rallies and music installations that blared from a distance. I would hear intermittent cheers and roars of celebration as I squeezed my way through, eager to catch a glimpse of the action.

My arms ached from holding my sign, demonstrating the years of athletic inactivity I've encountered. My back ached from the hours of standing I did the day before as well. I didn’t really care, though. Initially disheartened by the apparent misalignment of America’s values shown by the outcome of this election, I found solace in marching alongside 500,000 other people who had not forgotten about the importance of the equal, fundamental rights we deserve, protected by the principles of our nation. I felt the power of an effort that will be in it for the long-haul, a movement that stands in solidarity for the protection of women’s rights, health, and safety.

The spirited people surrounding me echoed this message in a myriad of ways. Some angrily, some joyfully, some just wanting to add humor, to shed some light following a dark day. Eager to denounce the billionaire Republican President whose attention on women is likened to that of a rapist, people held signs with clever slogans that were peppered throughout the crowd. Some of the highlights were “We shall over comb,” “Trump is the BLOTUS: Biggest Liar of the United States,” and “It’s not the Bill of Suggestions," among other (more vulgar) phrases. Feminist icons like Gloria Steinem, Cecile Richards, and Alicia Keys not only attended the march but also spoke at the rally, reinvigorating the audience with preachings of their visions of a better, more equal world for our children. The long crowd made its way to the White House and then beyond, inevitably spilling into streets not even planned for the march. Individuals really couldn’t escape the crowd, much less ignore the message we were delivering. I chanted, “This is what democracy looks like” and “our bodies our rights” until my voice broke. And although I was often lost in the sea of people, pink hats, and handmade signs, I never felt drowned out or forgotten.

However, I am well aware of the shortcomings of the Women’s March. In its effort to collectivize and brand itself, the march has inadvertently left out key players of the community. It has received backlash for the pink, cat-eared hats worn during the march, popularly labeled as the “p**** hats,” as the vagina is not a fitting symbol for those who identify as female but don’t have one. I personally saw that many disabled people struggled to enjoy the moment as much as others, their wheelchairs stuck in the same place as marchers carried on, disregarding them.

Some activists, notably Angela Peoples, took the opportunity to point out the distinct polarity between white women and black women that undoubtedly marked the 2016 election. In her viral photo, Peoples holds a sign that reads, “Don’t forget: White women voted for Trump.” Her stoic demeanor provides a stark contrast to the white women wearing the pink “p**** hats” whose attention on their phones and selfies epitomize the attitudinal divide between the two demographics. Many women of color contended that failure to address these disparities will make them invisible in the movement. Their views are valid: often times movements meant to elevate the rights of those more vulnerable to prejudice and discrimination prioritize the voices of women who are able-bodied, straight, white, and cisgendered. We should constantly make provisions for the diverse nature of women in the U.S. and around the world when advocating for our rights. If we normalize such conflicting behavior, we would be exposed to our own hypocrisy.

The new administration needs to be reminded that the citizens they were sworn to dedicate their service to include people of all ethnicities, backgrounds, race, sexual orientation, religion, class, etc. Diversity is our strength. Women are our strength. Protect the rights of those who are most vulnerable. Don't be an a******.