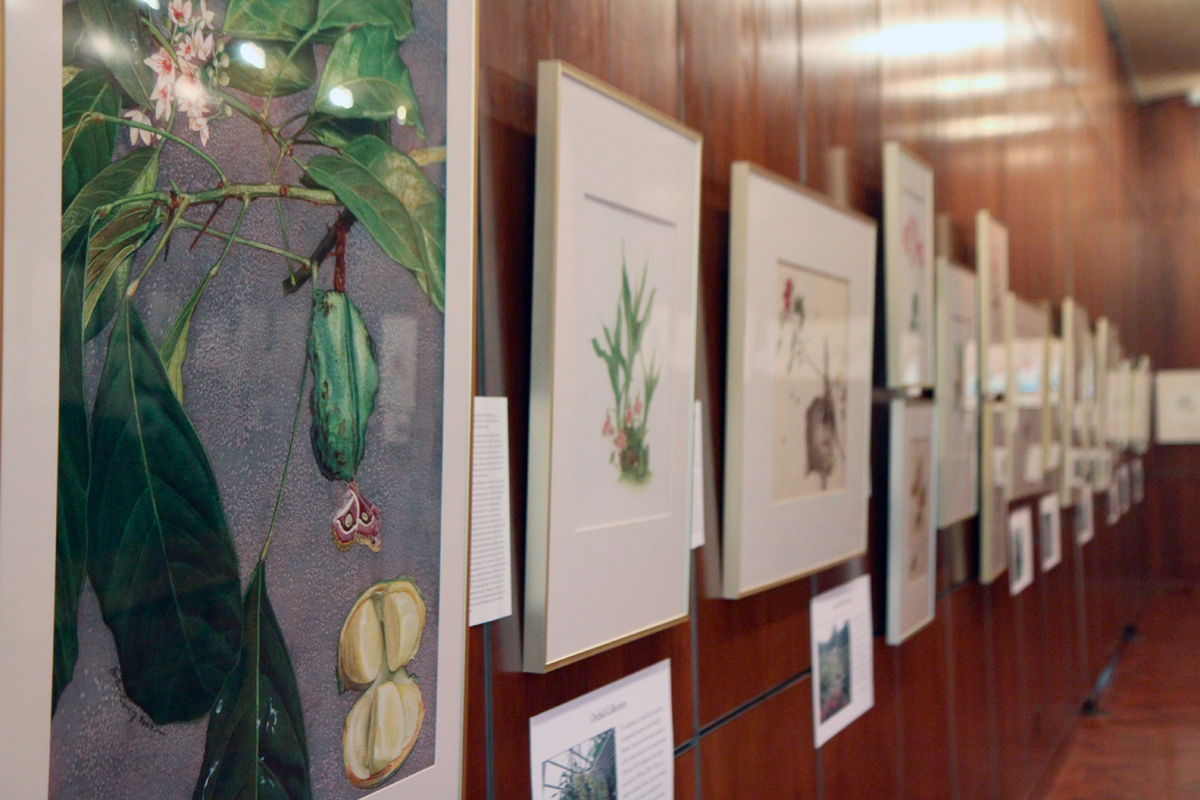 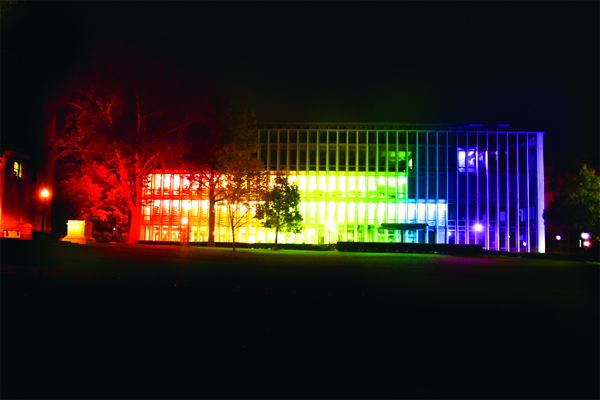 Hunt Library will gain new exterior lighting in celebration of its 50th birthday. Above is a respresentation of what the animated lighting feature may look like on the facade of the building. (credit: Celia Ludwinski/Photo Editor )

The Hunt Institute for Botanical Documentation is a research division of Carnegie Mellon University that specializes in botany and the history of plant science. Initially dedicated as the Rachel McMasters Miller Hunt Botanical Library in 1961, the institution’s growth and diversification in activities led to a revision of its name ten years later, as well as the establishment of four departments: archives, art, bibliography, and the library. Today, the Hunt Institute serves an “international scientific community through research and documentation,” according to its website. Its collections include artwork, data files, archives, and books.

With a B.S. in biology from the College of Idaho and an M.S. and Ph.D. in systematic botany from Washington State University, T.D. Jacobsen has become an authority on vascular taxonomy, toxic plants, and fungi through his research. He has a particular interest in the systematics of the genus Allium, which encompasses onions, garlic, and other related species. His previous work includes collaborating with a team of scientists at the Pittsburgh Poison Center to develop a computer application for identifying more than 325 native and exotic North American vascular plant genera. Another of Jacobsen’s projects was an investigation of pediatric plant poisoning, which was conducted in collaboration with the director of the Pittsburgh Poison Center, Edward P. Krenzelok.

Before Jacobsen’s transition to director this summer, the Robert W. Kiger served as director of Hunt Institute for 39 years. Kiger received a B.A. in Spanish from Tulane University, and a M.A. in History of Science and a Ph.D. in Systematic Botany from the University of Maryland. He was originally a research botanist and associate editor with the original Flora of North America program at the Smithsonian Institution. Joining the Hunt Institute as assistant director in 1974, Kiger became the director and principal research scientist in 1977. His main research interests lie in vascular taxonomy, floristics, evolutionary theory, botanical bibliography, and morphological terminology. With his current status as principal research scientist emeritus, Kiger plans to continue his research, as well as his work with the Flora of North America project as a member of the organization’s Editorial Committee.

In addition to their work at the Hunt Institute, both Jacobsen and Kiger have taught organismic botany in the department of biological sciences.