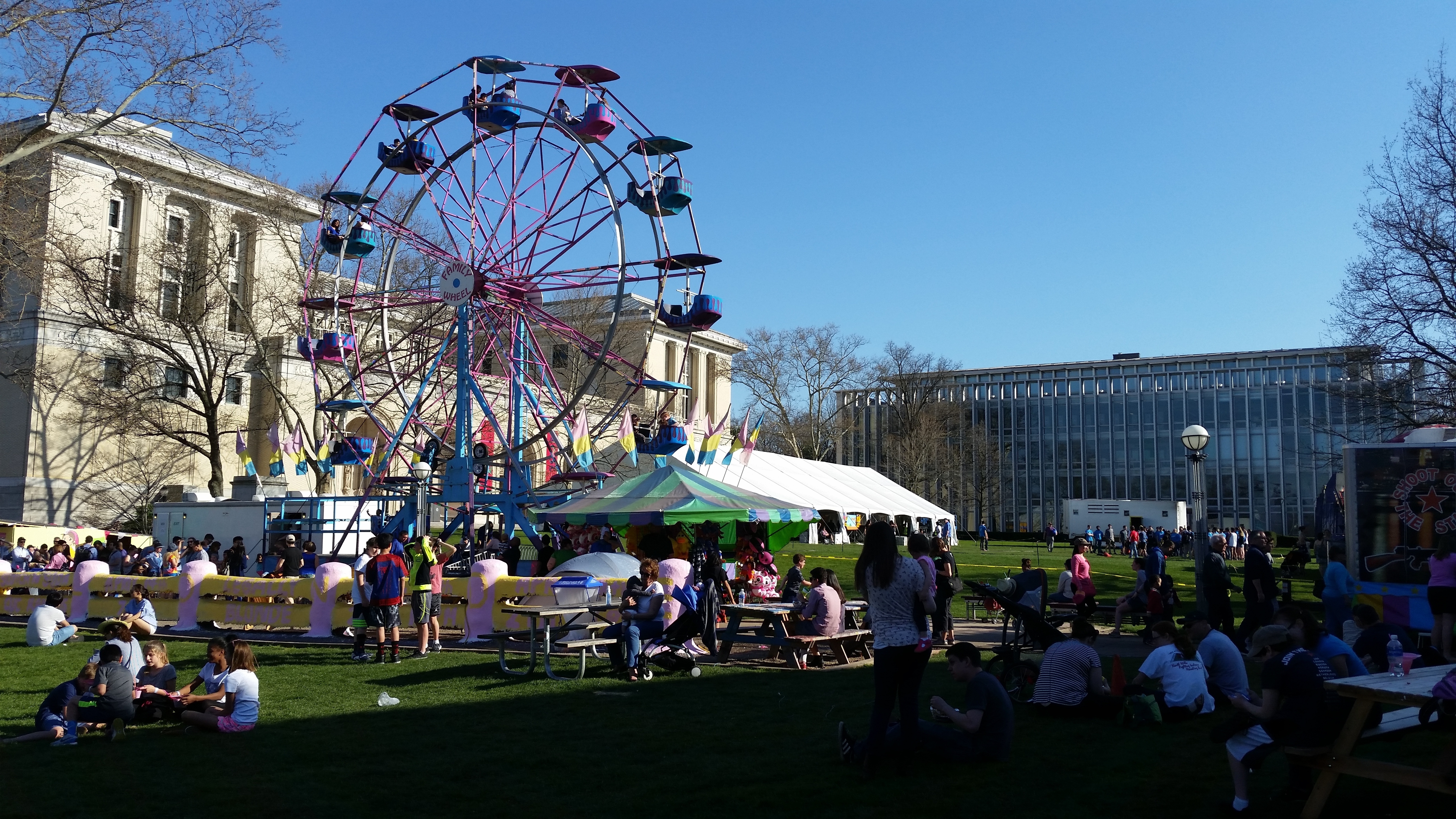 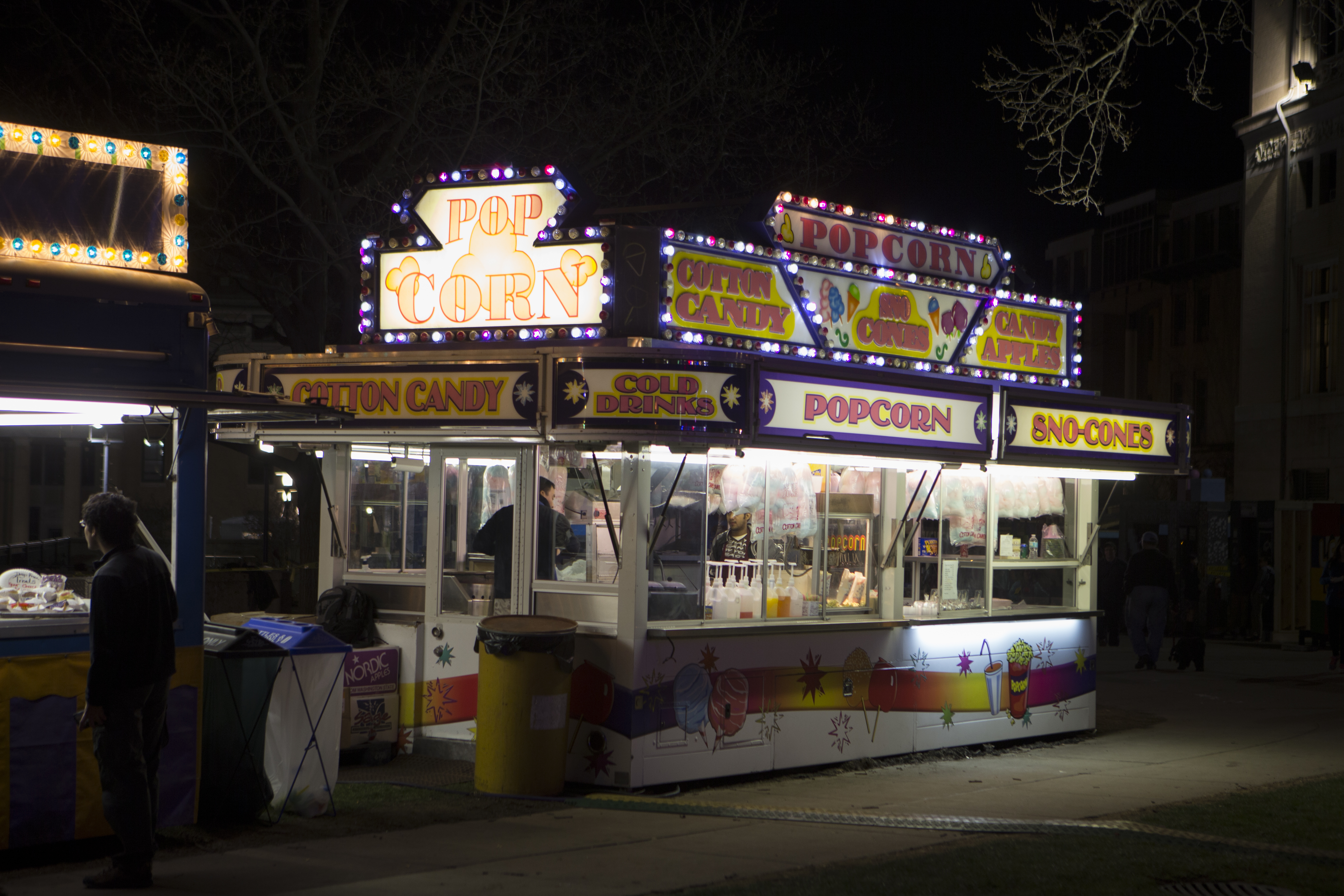 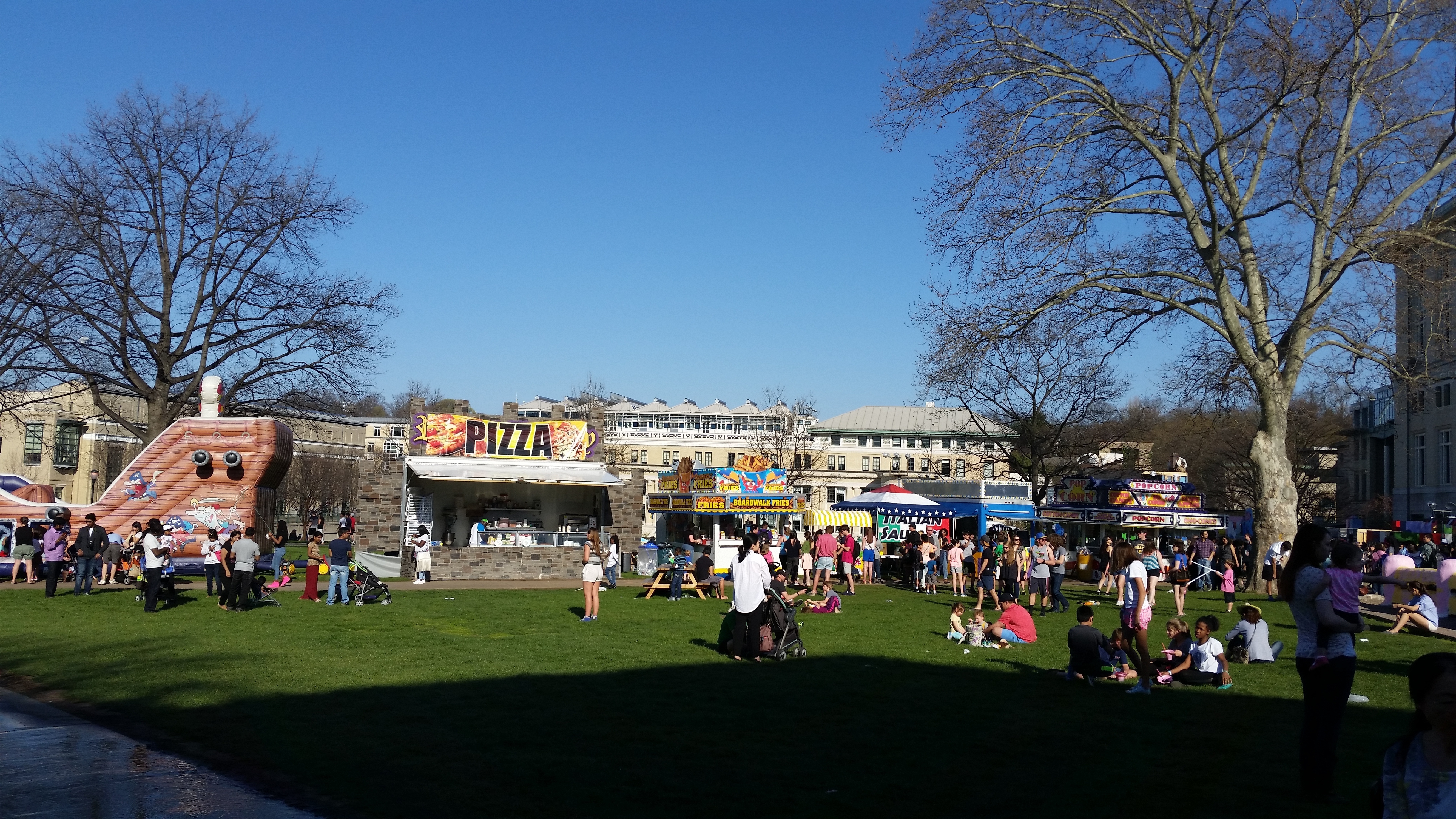 od patiently at the edge of the College of Fine Arts (CFA) parking lot on Thursday afternoon, the sound of bagpipes being played by the Pipes and Drums band signaled the start of the Midway Opening Ceremony. The student-created Booths were just ahead of the crowd, and behind them were numerous stands for food and carnival games. Over on the CFA lawn, a giant Ferris wheel and various other rides could be seen even by those at the edge of campus. With the sun shining down from a blue sky, the weather was pleasant and warm on the first day of the 102nd Spring Carnival, which was relatively unusual, but thoroughly suited the event.

After the Kiltie Band finished a song, the Spring Carnival Chair, senior mathematical sciences and computer science double major Patrick Koenig, stepped up to the microphone to welcome the crowd. Koenig thanked the rest of the Spring Carnival Committee for their work in organizing Carnival, and commented on the new location of the event, which had previously been held in the Morewood Parking Lot, but had to be moved this year due to the advent of the Tepper Quad.

“I think this is really exciting because by now, booth and buggy are all sort of in the same location in the heart of campus ... I think it will really strengthen the traditions of Carnival for years to come,” remarked Koenig.

The Dean of Student Affairs, Gina Casalegno, also gave a brief welcome. Commenting on the weather, she stated, “What an auspicious day ... in the 15 years that I’ve had the opportunity to celebrate Spring Carnival ... I’ve never had such a perfect weather forecast.” Casalegno also remarked that she hoped the CFA parking lot and surrounding area would become the “final resting place” for Carnival, referring to the fact that Carnival has tended to move around throughout the years.

“Carnival is a time to celebrate some of the best of what Carnegie Mellon has to offer ... students from across all disciplines come together ... to celebrate the spirit of Carnegie Mellon, where hard work is energizing and inspired, where creativity is celebrated and harnessed, where teamwork and ‘interdisciplinary’ thrive, where passion is regularly the order of the day,” Casalegno said.

Casalegno thanked all those involved in making Carnival happen and cut the ribbon in front of Midway, officially kicking off Carnival, and the crowd streamed off in different directions to attend the festivities.