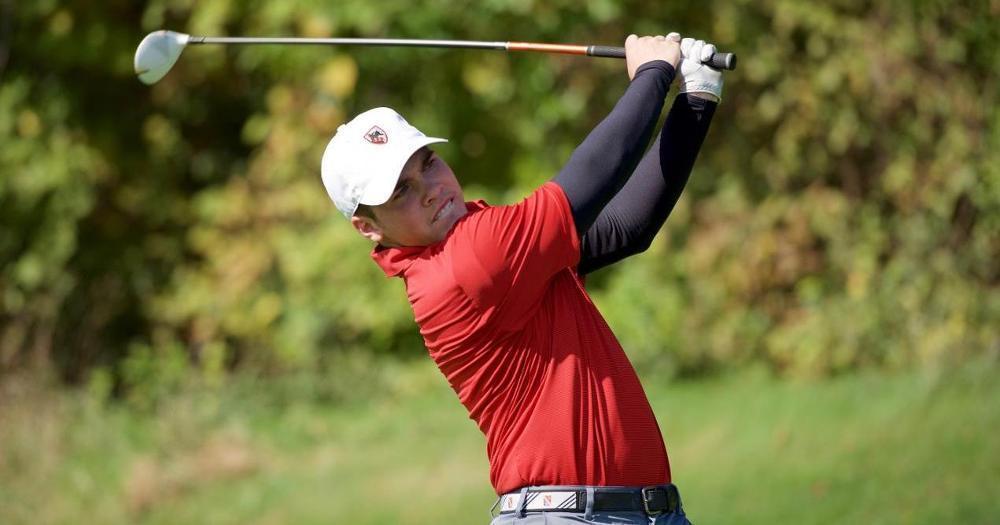 While the vast majority of students were enjoying spring break, a few Carnegie Mellon athletes sacrificed their time for a two-day conference battle on the golf course. The Carnegie Mellon Women’s and Men’s Golf teams took on their University Athletic Association (UAA) opponents on the grounds in Sorrento, Florida for the UAA Championships. The championships both took place across the weekend of March 12 and 13.
On the women’s side, sophomore Summer Kitahara shined, and was named tournament champion for her efforts. Building off of an 82 on Saturday, Kitahara came back with a 76 stroke round on the second day, tying teammate and first-year Carly Jordan for the lowest one round stroke total in the tournament.

As a team, the women finished third after two days, in what amounted to a solid showing on the course. Carnegie Mellon fell a bit behind rivals Washington University in St. Louis and New York University on the first day, with a first round score of 364 leaving them 37 strokes out of second place. But the women saw significant improvement on the second day, recording a 21-stroke improvement day to day for a total score of 707.
The stroke counts for the women were a bit higher than those from the previous weekend when they competed at the TaylorMade-Adidas Intercollegiate Tournament in Dataw Island, South Carolina, where they recorded a 686, but given Kitahara’s impressive display, this still showed strong Carnegie performances. The women also played without a few team members, including a frequent low scorer in sophomore Emma Hoskins.

The Tartan men found some success in a different format, going 1–1 in a match play format championship set up on their way to securing third place at the event. Junior George Qian secured All-tournament recognition for his team leading performances, recording wins in his head to head matchups on both days.
The Tartans opened up against Emory with a tough setback, contesting almost every individual matchup, but still falling 5–1 with many close losses. The team’s sole win came from Qian, but was not enough to advance the squad to the final.

However, the group rebounded on Sunday, taking down New York University 4–2, led by a 4–2 win from Qian, and wins by sophomores Nikhil Mohan and Adrian Del Bosque. The deciding fourth victory came from junior Jordan Klodowski, who won his matchup 3–2 to seal the result.
While neither team performance was outstanding, both teams showed they have the strong play to be competitive going forward. Both teams will look for consistent depth to back up large contributions from their top performers.

For the women, great play from Jordan, who finished 3rd overall at the UAA championship, shows potential for a team with two individuals scoring under 80 strokes in a round, and the ability to have all five golfers scoring under 85 strokes bodes well going forward.
The men similarly have the chops to put a strong group behind Qian. Four other men, Mohan, Del Bosque, Klodowski, and junior Brad Jennette have all recorded scores of 75 strokes or lower, showing the team’s capability to score well under 300 strokes in a round if everyone can play consistently.

Both the men’s and women’s teams will now look for a qualifying bid to the NCAA championships in May, although this will be a challenge without the benefit of an automatic bid available in many conferences.

Continuing the following week at the Jekyll Island Collegiate Invitational, the women have shown a spark in their first two rounds, recording the lowest team score for a round in program history with a 318 in the second round. The men have also had success so far, recording an impressively low round score of 293 in the second round. If the teams can extend their success, the results may bode well for a shot at an NCAA championship qualifier.