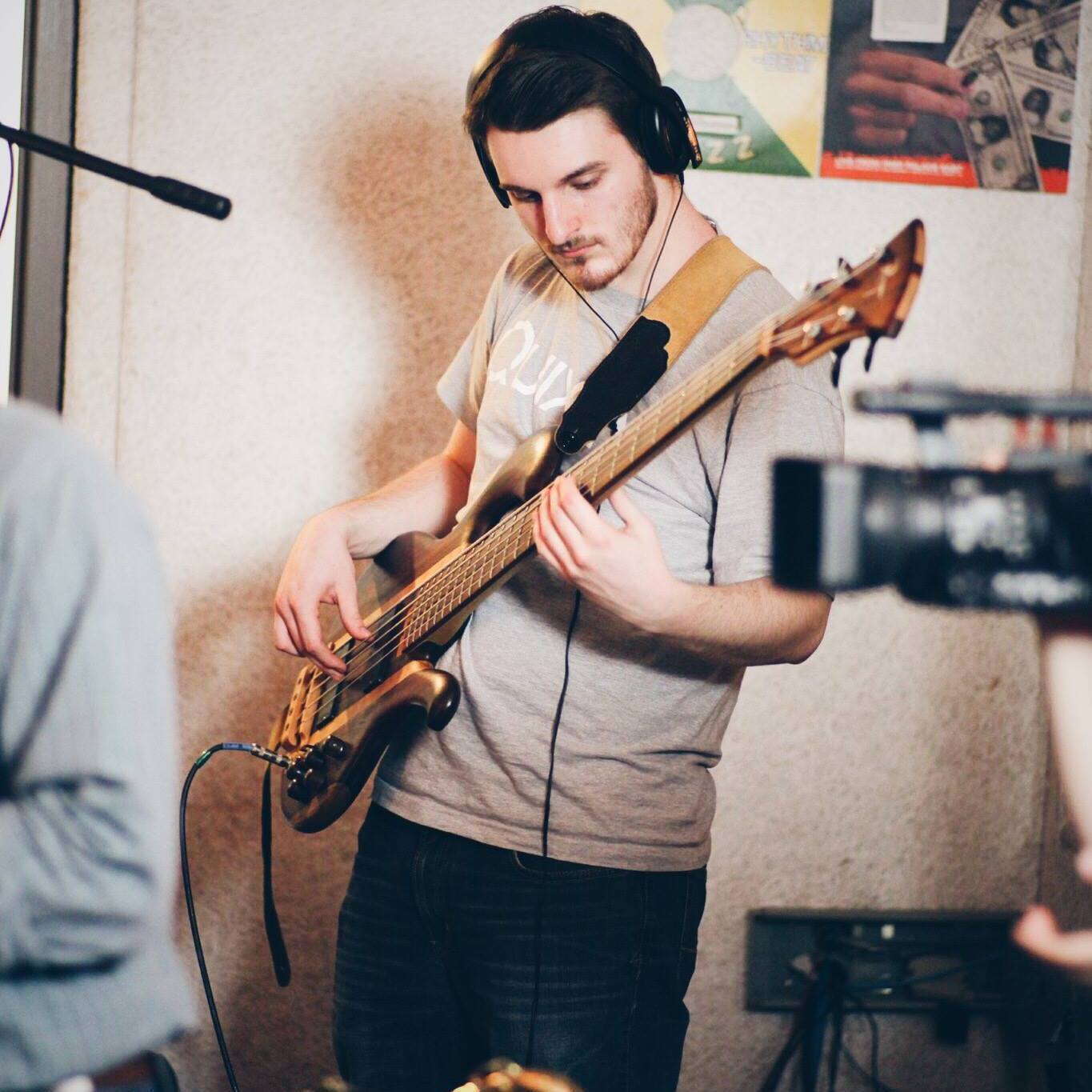 John Corbett plays the bass for the relatives

It’s always cool to be in a band. One of the coolest new bands on campus is called ‘John Corbett and the Relatives.’ The cool people who make up the band are, you guessed it, a cool guy called John Corbett, a junior computer science major, and his cool friends Anthony Nitche, a junior architecture major, Abigail Adams, who is a sophomore studying music, and Evan Bergeron, a junior studying mathematical sciences. Carrie Qiu, a senior chemical engineering and biomedical engineering double major, joins them sometimes to sing for them. As you can see, the whole thing is pretty cool.

John Corbett and the Relatives is an informal group of friends who mainly cover pop-rock songs by bands like Green Day, Blink-182, and the Foo Fighters. We spoke to Corbett and Nitche about how they started the Relatives, what their process is, and how they got into music in the first place.

For the people who don't know professor Riccardo Schulz, he's the long haired guy who inhabits the basement of CFA. In addition to running the Carnegie Mellon recording studio and teaching all the recording classes, he is one of the coolest and nicest people on campus. A lot of collaborations have come out of Schulz's classes, hugely due to Schulz being so actively involved in bringing people with similar music interests together. This case is no different, with most of the band meeting in Schulz's classes, and it isn’t the first time that’s happening. Both Corbett and Nitche agreed that they're never been part of a band formed "on purpose." The bands they have been a part of were always unplanned and formed spontaneously, and they believe that most bands that last start this way.

Corbett is part of a more serious band called Bergman, which is pretty famous at Carnegie Mellon for being one of the best contemporary jazz and funk bands on campus, while Nitche is working on a solo project called 'Lost in Site.' The Relatives was formed mostly for fun, and their objective is to cover popular songs, play at parties, and have a good time. They recently played at the CIT Ball, which was one of their few formal gigs. As all the members already have a more serious side to their musical commitments, the Relatives is focused on being enjoyable and informal. A lot of times the Relatives end up playing songs that stem from middle-school nostalgia, and are more silly than technical. Having skilled musicians play fun old-school songs will take you back to your middle and early high school days, when stress was low and the volume was high!

On being asked about their process, both Corbett and Nitche agreed that the idea for every song they do is always started by one or two band members, and then everyone puts in their bits to form a complete song. Having more than one or two people coming up with an idea for a song does not work and gets very chaotic, as everyone thinks differently and has different tastes and musical backgrounds. Even when writing in a group, the process is usually spearheaded by one person and everyone works around the initial idea.

With regard to musical background, Corbett’s story is very interesting. Growing up, he was exposed to his dad’s guitar playing a lot and took it up himself when he was 11, just because he thought it was "cool." Before long, he found himself in a band with a skilled guitarist and drummer. His journey into bass also started here as he transitioned from guitar to bass and began taking bass lessons, his earliest inspirations being jazz legends like Miles Davis and Coultrain.

Nitche, on the other hand, had a very different entry to the world of music. Suffering from Asperger's as a child, Nitche had problems socializing growing up. It was always a struggle communicating with others. His life changed when he went to see Titanic and was captivated by the soundtrack. Immediately deciding to start learning music, Nitche started taking classical violin training. By the time he reached his teenage years, he was communicating most of his feelings through music and got into more popular styles, diversifying from his classical training. Even today, he is always looking to diversify into other new styles and become fluent with them. As someone with classical training in a pop-punk band, Nitche says he often finds himself in uniquely positioned to incorporate violin into more rock styles.

Both members noted that people on campus looking to get involved with or start a band should make friends to jam with, play music with them as often as possible, and take every gig they can get. Instead of looking to start a band, look for people to play with. Making friends who are active musicians is the best way to get started and involved. The Independent Music Organization is also a great place to meet people, as they have open jam sessions every week.