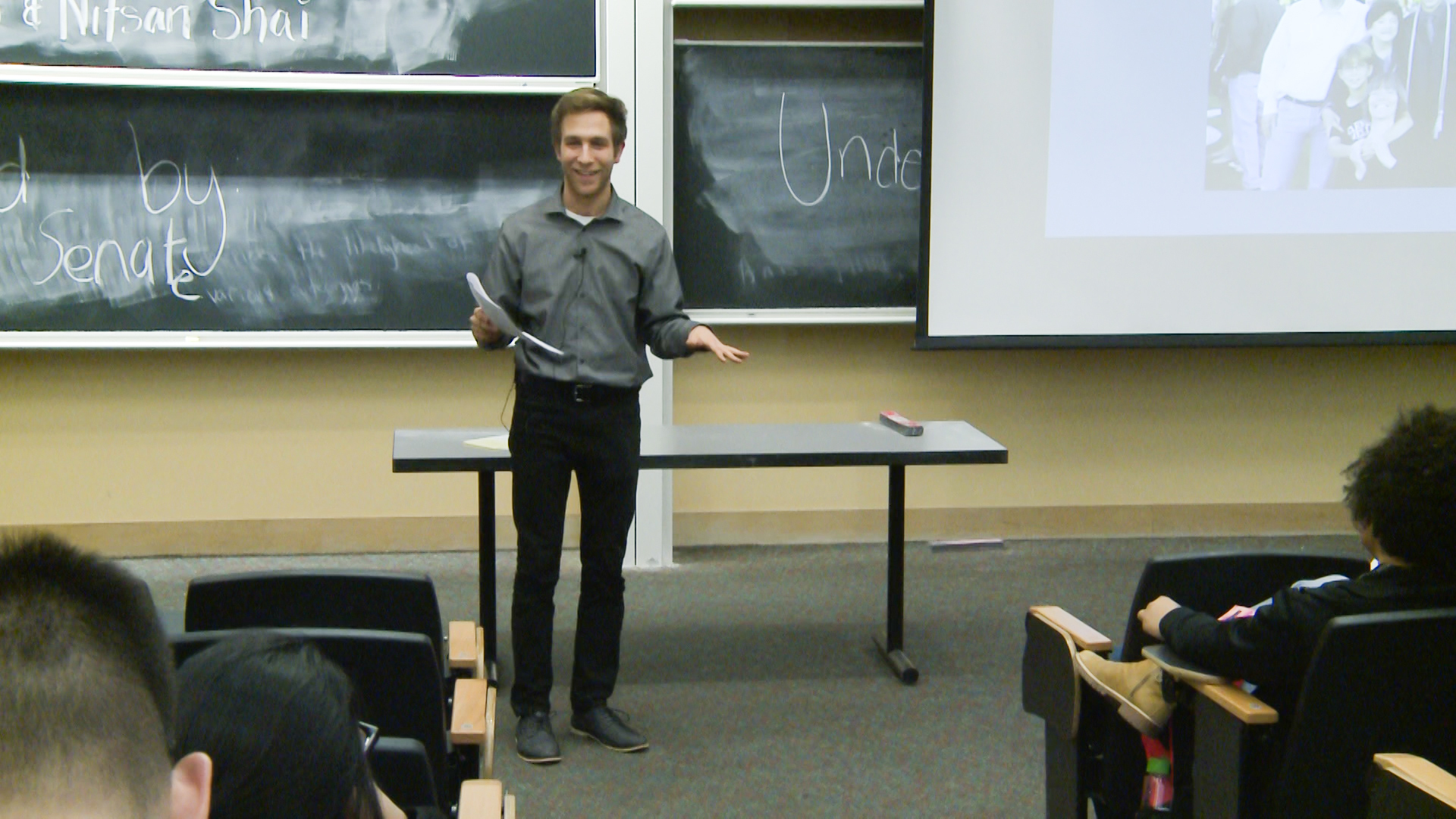 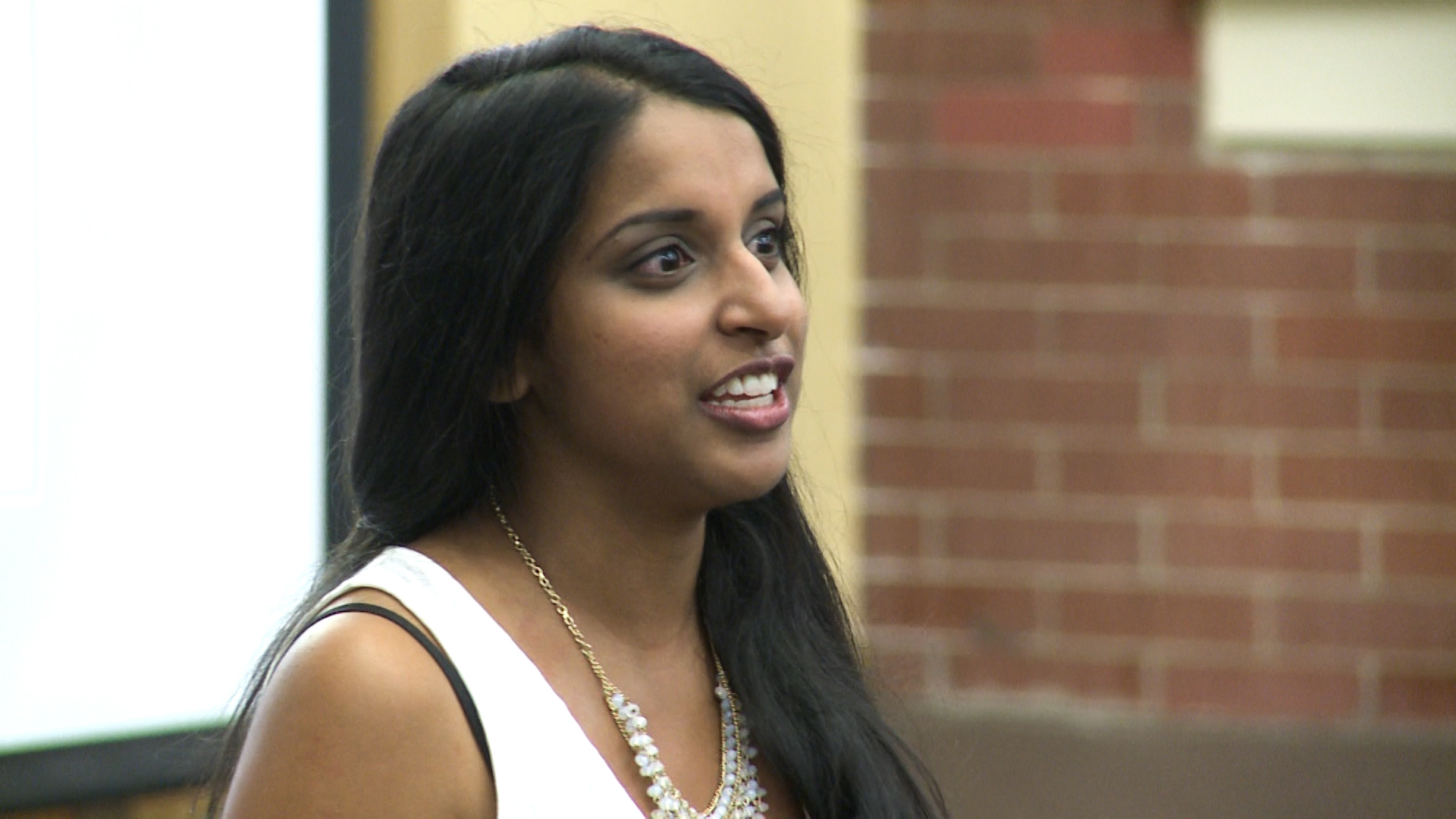 This Wednesday, March 16, Carnegie Mellon’s Student Senate hosted the second part of the three part First Lectures Series. Each part features two current seniors who give a roughly half hour speech to current students on the lessons they have learned over the four years they have spent at Carnegie Mellon University. The First Lectures Series is based on Randy Pausch’s lecture and the book he later published titled “The Last Lecture,” which much of the student body became familiarized with before starting their time here. Mirroring how Pausch imparted his final words of wisdom to the Carnegie Mellon community before his passing in 2008, these groups of seniors hope to impart their own wisdom and reflect on their experiences here at Carnegie Mellon in order to have a lasting effect on current students before they venture off onto their distinct life paths.

Students of all grade levels, majors, and interests gathered in Porter Hall 100 to hear student speakers Rubini Naidu, a psychology major and photography minor, and Nitsan Shai, an electrical and computer engineering major with minors in computers science and music, give their first lectures.

Rubini Naidu’s Story
Naidu began her lecture by reflecting on her familial Indian roots. Although she was born and raised in Michigan, Naidu was very much influenced by the values instilled in her by her family. She talked about the high value that education had in her household. This began with her grandfather’s decision for his son (her dad) to receive an education rather than helping the family put food on the table. “Hearing something like that from my father has instilled in me gratitude for the opportunity of education,” Naidu said, also mentioning that Carnegie Mellon is a rare opportunity that we should take full advantage of.

Honing in on her knowledge of psychology, Naidu began to explain the concept of multiple intelligences to the audience. This idea theorizes that rather than ranking one person as more intelligent than another based on one type of assessment, we actually have nine different types of intelligences. This proposes that while we are all intelligent, how this intelligence is measured depends on the individual. Naidu invited audience members to think about which of the nine intelligence factors they believe they fall into.

Naidu said she feels that based on her interest in psychology and the passion she has for working with people, she falls in line with interpersonal intelligence — the ability to sense people’s feelings and motives — and intrapersonal intelligence — the ability to understand one’s self and one’s wants and needs. It is then no surprise that she sought to become an academic coach for academic development. Through this job, she has been able to put her skills in action by helping those struggling with school work or simply in need of extra help.

Naidu has been able to spend her time at Carnegie Mellon doing what she loves and working to build a future career from it. She even cites the incredulity of her minoring in photography. During her lecture she shared beautiful photos of the sights she saw during a trip to India, ranging from large buildings to flowers. The pride she had in her work was made evident by her expression.

She also told a story that was told to her on one of these trips to India by the mother of a then six-year-old daughter. The woman was struggling with money problems and was unable to sustain music lessons for her daughter. This taught Naidu that while we are concerned with our classes and making certain grades, there are many people around the world that are struggling with the simplest of life’s troubles such as health and money. Naidu states “we not only have the opportunity for an education, but we have the opportunity to be able to make a living doing something we’re passionate about, and that is so rare.” We should not fail to be grateful for the opportunities we have as Carnegie Mellon students, and even as Naidu is about to say farewell to this university, she hopes that current students will be able to move forward with the rest of their academic journey keeping this message in mind.

Nitsan Shai’s Story
Shai chose to focus his lecture on “The Importance of Smiling” even during life’s toughest moments. Shai stated, in response to the notion that he is always smiling, “I don’t particularly notice that I smile a lot … I think what makes me happy is making other people happy.”

Shai portrayed himself as someone that is generally happy and always takes the initiative to become involved in his many passions. Though majoring in electrical and computer engineering, Shai also has a love of the arts, which is evident from his roles in Scotch ‘n’ Soda and Carnegie Mellon’s The Originals a cappella group. Shai is also the student supervisor for academic development.

When asked about how he is able to take part in all these activities, Shai stated “often times, I don’t,” noting that this is a weird answer. While it is important to be aware of your passions and seek this out, it is also important to be able to balance it all. If he is unable to participate in something, he makes sure that someone has got him covered.

Looking at Shai’s history, however, and the hardships he and those around him had to endure, further highlights his amazing ability to see the positive in life. Shai is Jewish and was born and raised in Israel for the first five years of his life. His grandfather and his family, then living in Austria, were sent to different concentration camps. His grandfather and his sister “didn’t meet for another 20 to 30 years afterwards,” Shai said.

Shai stated that the reason his grandfather survived in those conditions was because his uncle took care of him when he got sick after escaping. Shai believes that his family history shows that “helping others, whether they’re your family or just in your nearby community and caring for other people is really the reason I’m here. I wouldn’t be alive if that wasn’t the case.”

Although his family faced many struggles as evidenced by their history, Shai himself was also affected by hardships during his time at Gunn High School, known for “The Silicon Valley Suicides” as titled in The Atlantic magazine.

In response to this, Shai stated “I’ve been dealing with stress culture issues since my freshman year.” What kept him motivated through this period of time was the activities he partook in during his free time. He participated in musicals, tutored kids, programmed projects he thought were interesting — basically anything that he found interesting that made him happy. “Through doing the things I loved, I continued to smile.”

Shai noted that one of the distinct differences between his high school and Carnegie Mellon is the resources available here. Though Shai thought he was headed for a fresh start once enrolled at Carnegie Mellon, during his first year here there was a campus suicide. Shai questioned “Did I go to the right place? Is this problem following me?”

One of the main things that Shai wanted audience members to take away from his lecture was the amazing resources that Carnegie Mellon has to offer. This is what kept him moving forward during his time here and assured him that he had indeed made the right decision. He wants students to know that we should not be afraid to ask for help when needed, whether that be during our time here at Carnegie Mellon or after our lives here at the university.