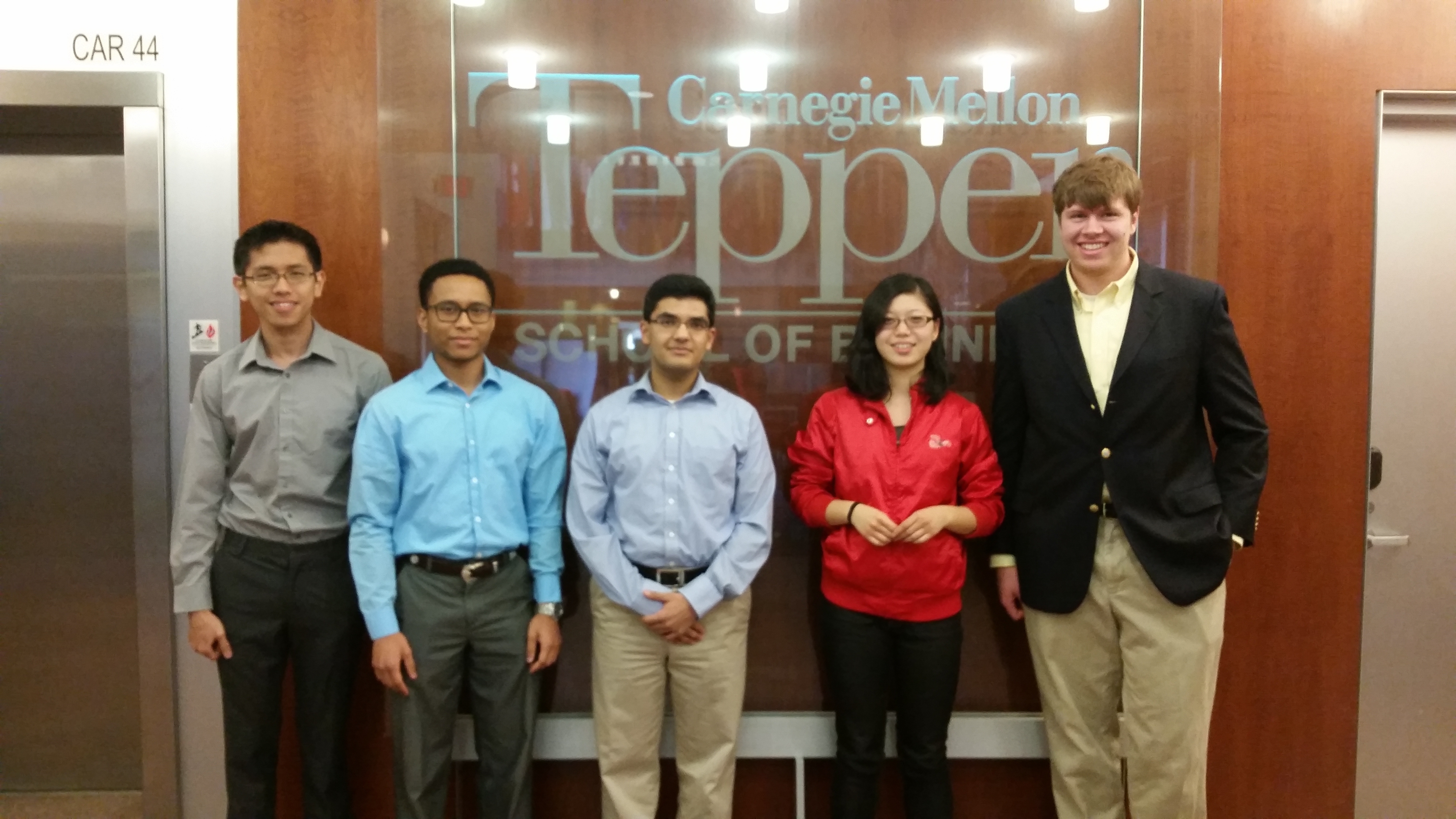 The 2016 Chicago Mercantile Exchange (CME) Group Trading Challenge took place earlier this year. It is an annual, four-week electronic trading competition where teams of undergraduate and graduate students partake in a simulated environment that immerses the contestants in a professional trading platform where they engage in trading a variety of CME products. This year, 1800 students from 30 countries around the world participated in this competition. Out of almost 500 teams, Carnegie Mellon’s very own team Scotty Dogs of the Dow came in second place.

Scotty Dogs of the Dow is comprised of first-year business majors Preston Bryant, Kimberly Zhang and Grant Glosner, as well as sophomore electrical and computer engineering major Samuel Lee, and sophomore mathematical sciences major Varun Singh. Over the course of the two week final round of the competition, the team managed to create a final simulated account balance of $443,430.00, which landed them in second place and made them one of the four winning teams. In first place was Team Alpha from Nanyang Polytechnic in Singapore. In third was Team Yolo from Concordia University in Canada, and in fourth was Team CU_Ugrad_1 from the University of Colorado Boulder in the United States. Students from each of the four winning teams will receive cash prizes and “are invited to attend a one-day market education conference at CME Group on April 15,” as stated on the 2016 CME Challenge press release.

The five members of Scotty Dogs of the Dow came together after being selected by the Undergraduate Finance Association (UFA), which then required them to take a test managed by Mark Moskwa, current president of the UFA. “There were about 40 people interested and he was only taking 15 five per team, and then randomized the teams once they were selected,” explained Glosner. And thus the winning team was created. To prepare for the competition, the team reached out to other people that have previously participated in this competition, seeking any useful advice or words of wisdom they could provide. In preparation for the competition, the team members would keep in contact by messaging every day, in addition to holding two in person meetings every week over the four week period.

Each member of the team summarized the motivation and reasoning that led to them choosing to participate in this competition.
“Experience was a huge part of it,” said Zhang. “A lot of other organizations were promoting the competition…. I received suggestions from the Tartan Student Fund executive board that said it was important to familiarize yourself with the CQG software.”
Bryant and Singh also discussed experience. “A lot of us are involved in Tartan Student Fund (TSF) … We’re exposed to a lot of basic stuff, like buying, but in the competition we got to work with commodities and futures contracts,” Bryant said. “It was a way for us to get exposed to different types of assets.”

Samuel Lee cited an interest in trading and working in the trading industry, as well as the opportunity to compete on a global level. He believes that “CME Trading challenge is one of the few competitions that exposes participants to professional trading software and live data feeds,” which provided him with “an authentic experience of being a trader.”

In the press release for the 2016 competition, Roberto Caccia, Faculty Director for the Burridge Center for Finance at the Leeds School of Business at the University of Colorado at Boulder, said “As a former Wall Street Professional, it’s great to see opportunities like the CME Group Trading Challenge complement what we teach in the classroom. This not only showcases students’ financial skills, but enables them to compete in real-world settings.”

When asked about any words of advice she would want to share to students interested in participating in this competition, Zhang stated, “If there is any hesitancy to join the competition, or any interest at all, don’t hesitate and just go for it, because you don’t have that much to lose. If you don’t place it’s fine, but the experience is invaluable.”

The members of the teams wanted to acknowledge the Undergraduate Finance Organization and Mark Moskwa, who is President of the UFA and a member of the team that placed fourth in last year’s competition. In consensus, the team stated that without this system of support, none of this would have been possible.