The Tartan fantasy football league settles for the winter 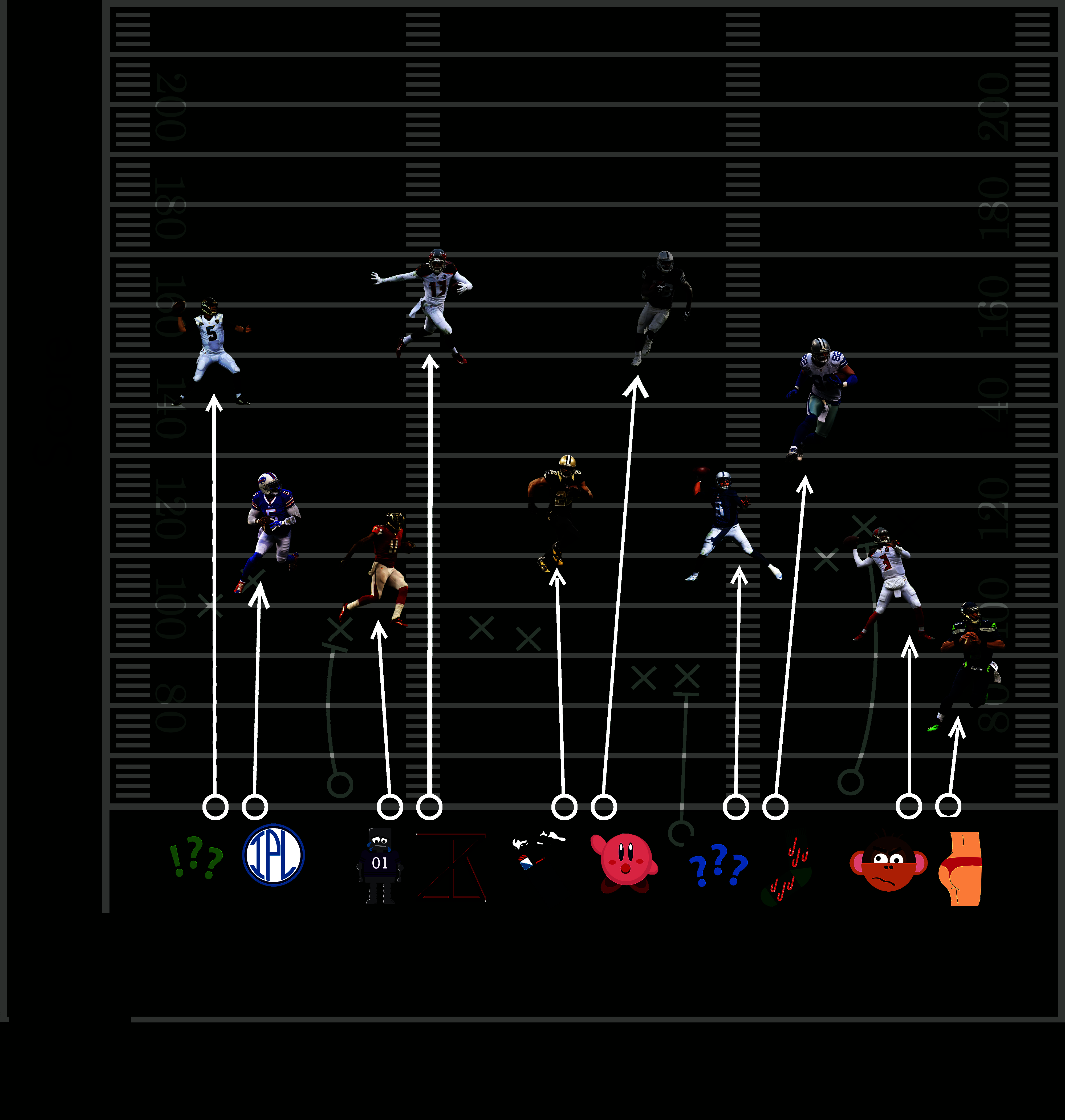 This week could have upended everything, but it went all chalk. The team with the better record won every game and put the regular season to bed one week early.

I needed revenge in this matchup. Week three, I put up 143 points, tied for my fourth best game of the year. Unfortunately for me, I was matched up against sports editor Alex Wood’s team who posted 144. I went with Texans wide receiver Will Fuller V in my flex spot, thinking he could torch the thin Patriots secondary. He managed only six points. On my bench, Patriots wide receiver Julian Edelman scored eight, Cowboys wide receiver Cole Beasley scored 14, and Packers wide receiver Jordy Nelson put up 28.

I righted the injustice this week, though. I started Washington quarterback Kirk Cousins, trusting he could do more damage against the soft Cowboys defense than Falcons quarterback Matt Ryan could against the Cardinals, and I made the right decision. Cousins put up 29 points, the difference between me winning by 43 and me winning by 14, an unacceptably small revenge game margin.

If, for some weird reason, this league was on television and had flexible scheduling, this game would have been in prime time. Going into the matchup, McManus’s Anus held the edge in total points scored and a win here would have tied these teams’ records going into the final week of the season. In other words, this was essentially a playoff game.

Instead, Gutie choked in the key moment of her season. The decision to play Colts running back Frank Gore against a Steelers team that can defend the run but nothing else while Raiders wide receiver Michael Crabtree had the porous Carolina secondary to light up would have helped, but it still wouldn’t have dragged McManus’s Anus out of the cellar for the week.

Losing yet another week of Patriots tight end Rob Gronkowski almost certainly hurt McManus’s Anus, the team is 4–3 with him getting meaningful snaps as a receiver for a full game and 1–4 without. However, fantasy football is terrible and sometimes you have to work around injuries. Gary Barnidge wasn’t the answer this week.

For their part, the Pladdie Daddies didn’t exactly do so hot either. Broncos wide receiver Emmanuel Sanders put up 29 points, essentially the difference between the two teams, and the squad barely cracked 100. That’s not a good thing to be relying on. That said, the Pladdie Daddies took home the W and the playoff ticket is punched.

The Dreamland Warriors came to play to snag that three seed, though (McManus’s Anus, take notes). A score of 146 would have topped former Pillbox Editor Lula Beresford’s score any week this season. Performances of 25 points or more from Saints quarterback Drew Brees, Bills running back LeSean McCoy, and Giants wide receiver Odell Beckham turned into a huge week for the Dreamland Warriors. With the exception of a two-point performance from the Dallas Cowboys defense, the Masshole Knickerbockers did okay, but okay was not going to be enough this week.

What is going on? lit up the scoreboard this week to become the final team to snag a fourth win this season. What is going on scored 41 points from the defense and kicker spots alone thanks to big days from the Giants defense and Ravens kicker Justin Tucker. The rest of the team showed up, too with Dolphins quarterback Ryan Tannehil, Cardinals running back David Johnson, and Panthers running back Jonathan Stewart all topping 20 points.

This game was between two cellar dwellers belonging to the same person, so it had little in the way of implications, but it’s always an important milestone when everyone clears the 10-loss bar. What is going on?’s victory ensured that no one will finish with double digit losses heading into next season.

This game could have made things interesting. Pillbox editor Abhishek Tayal’s Loquacious Losers have spent some stretches this season as a point collecting juggernaut. A win for the Losers in this game would have made Loquacious Losers vs. Pladdie Daddies in week 13 a de facto playoff game with Tayal having an outside shot at the division crown. Instead, the Rams defense put up eight, and a few bad lineup choices ended the Losers’ season.

Now that they’re firmly out of contention, now is the time to ask why on earth the adjective here was loquacious. Are losers particularly talkative? Did I miss a memo here? It seems the obvious choice would have been lugubrious, or even lackluster. If the point was to put a long, alliterative, phonetically pleasing phrase, why not conjure the human response to losing and go with lacrimatory or evoke the grotesque and dub your squad the limacoid losers. L is basically the best adjective letter in the dictionary and, honestly, I’m glad this game went the way it did because this opportunity was blown so badly that this team deserved nothing good.

Unprecedented levels of parity were a big storyline in the NFL this year, and the same could be said about The Tartan II. If every game works out correctly, six of the 10 teams could finish with the same record. Unfortunately for those six teams, it’s the other four who will be battling it out over winter break for the big crown. Online Editor India Price’s Pladdie Daddies, assistant Sports Editor Ian Tanaya’s Dreamland Warriors, Operation Manager Jade Crockem’s Mr. Rodgers Neighborhood, and yours truly have built at least two games of separation from the field with only one game to go.

The final weekend will still have drama. If Mr. Rodgers’ Neighborhood manages to outscore me by 225 points or, in a much more far-fetched scenario, I lose my last game to Publisher Sarah Gutekunst’s McManus’s Anus, Crockem can take the top seed in the playoffs. Other than that, week 12 put the regular season outcomes in stone and week 13 will be for pride.