Volleyball starts UAA round robin play and falls at home 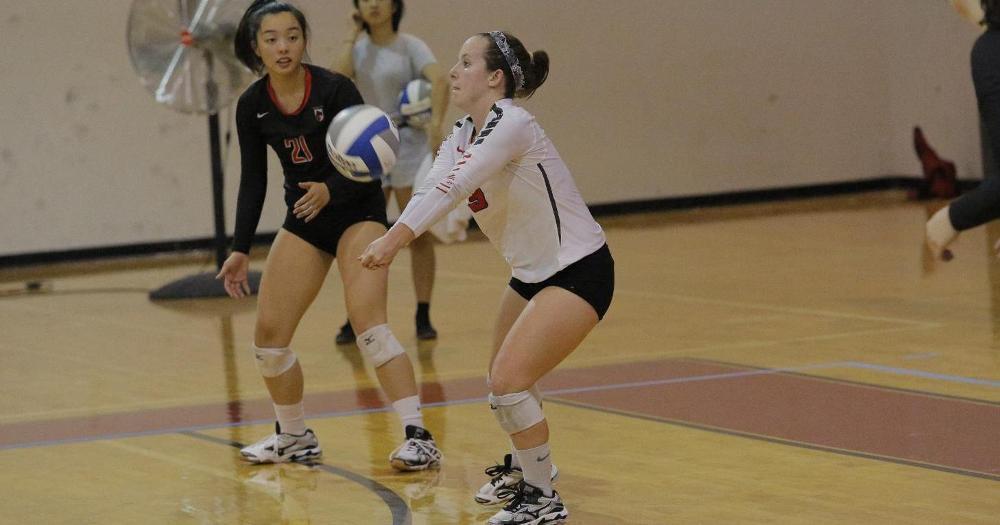 Senior libero Molly Higgins gets in position to hit the ball. Higgins has been a strong defensive player this year. (credit: Courtesy of CMU Athletics)

The Carnegie Mellon women’s volleyball team began the University Athletic Association (UAA) conference play on Saturday with a disappointing pair of losses. They were defeated by Washington University in St. Louis 3–1, and they also fell to the University of Chicago, 3–2. These losses moved the Tartans to 15–4 on the season, but 0–2 in UAA play.

In the match against Washington University in St. Louis, the Tartans dropped the first set 19–25 before reversing the score in the second set and evening the match at 1–1. The Bears went on to take the next two sets, 25–17 and 25–13.

These losses will surely put a damper on the impressive run that the Tartans have put together in the beginning of this season, but they can learn from their mistakes in these games to get back into normal form.

On Sunday, the Tartans wrapped up UAA round robin play with a match against Brandeis University. The 3–0 win ended the Tartans' weekend on a high note and improves their record to 16–4. The Tartans won each set decisively, with set scores of 25–13, 25–16, and 25–23.

The Tartans return to UAA play on Saturday, October 15 as they take on New York University in the second UAA round robin. The game will be played at Brandeis University and is scheduled to start at 10:30 a.m.