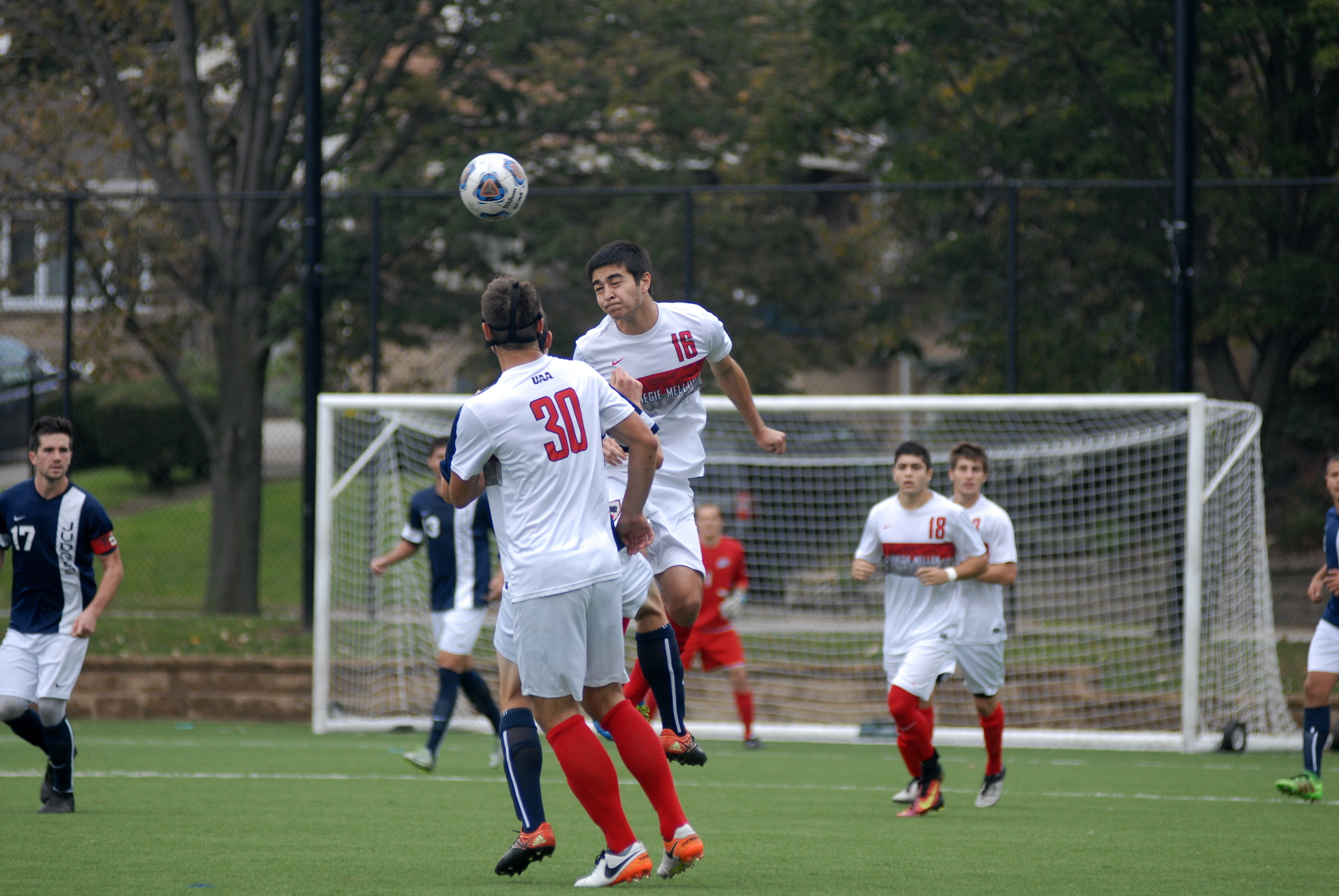 Junior midfielder Jimmy Jameson jumps into the air and heads the ball toward the opposing side on Saturday. (credit: Mark Egge/) 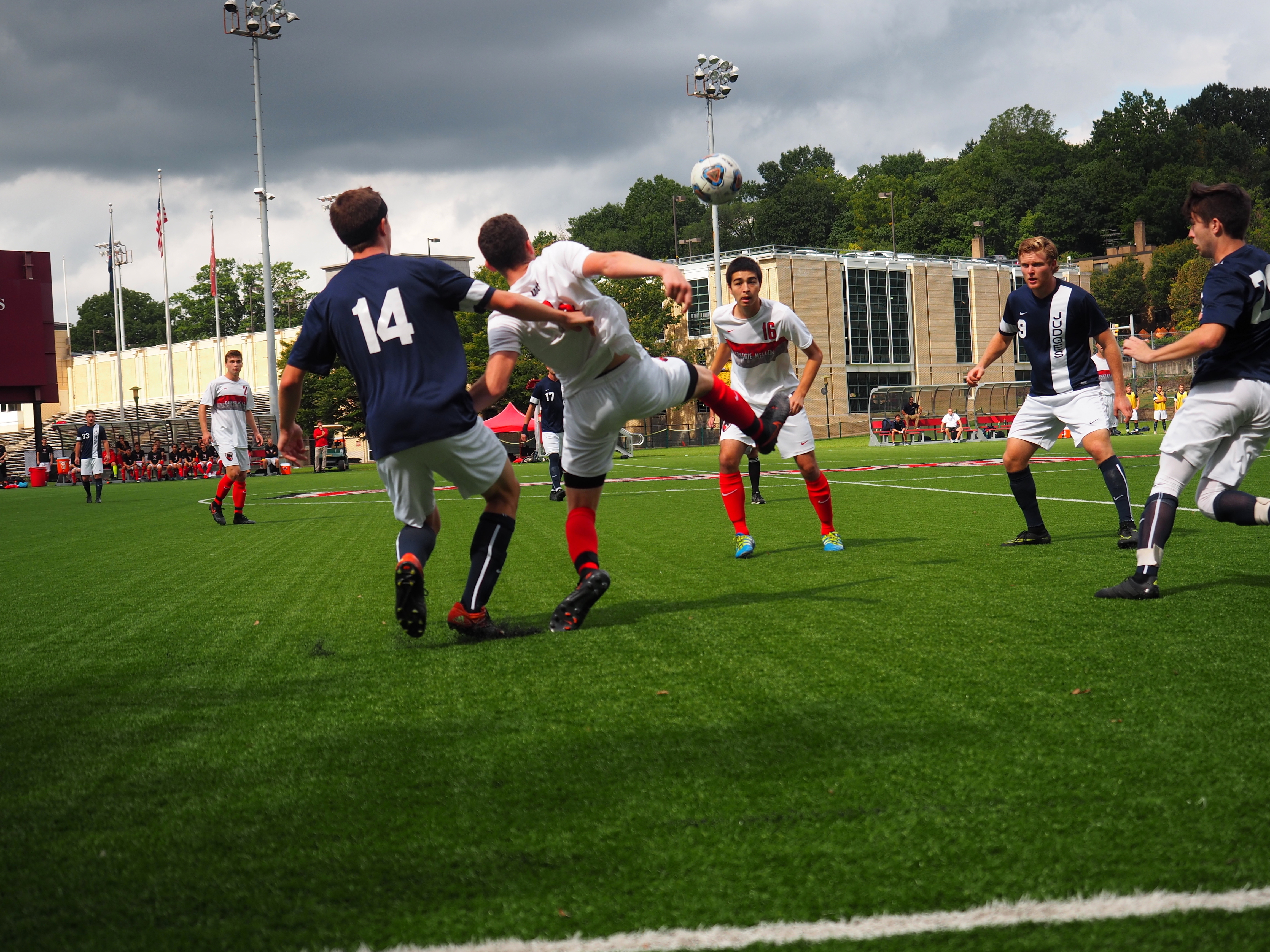 Junior midfielder Jimmy Jameson gets ready to handle a wild pass from his teammate in their game on Saturday. (credit: Mark Egge/)

The Carnegie Mellon men’s soccer team faced off against Brandeis University on Saturday in University Athletic Association (UAA) conference play. The Tartans tied the Judges 1–1, which takes the Tartans' record to 7–1–1.

There was little action in the beginning of the game, but that changed in the 17th minute when the Tartans committed a foul and awarded the Judges a penalty kick. Sophomore goalkeeper Alec Lam saved the penalty kick attempt, but the shot rebounded to a Brandeis player who immediately took another shot. Lam didn’t give up and made a diving save, only to have the rebound be sent straight to the back of the net before he could react. The Tartans only managed to take one shot in the first half, which came in the 17th minute when sophomore midfielder Zack Masciopinto headed a shot toward the goal but it was too wide.

The game remained stagnant for the rest of the first half, with neither team finding a way to capitalize on the small opportunities they could find. Then in the 50th minute, a Brandeis player received a red card and the Tartans were given a one player advantage on the field. This advantage allowed the Tartans to exert more pressure on their opponents, which culminated in the Tartans’ first and only goal of the game in the 76th minute. Sophomore forward Anthony Gulli shot a free kick that appeared to be saved by the Brandeis goalkeeper, but he couldn’t secure it and the ball rolled across the line to tie the game at 1–1 for the Tartans.

The Tartans had finally gained some momentum, and Masciopinto took another shot a minute later but it sailed too high. Shortly after, Lam saved a shot by Brandeis that would have given them the lead. The game would end up going into the overtime period tied at 1–1.

The extra time was much of the same as the second half. Each team had a few chances to score but neither could capitalize. The Tartans and the Judges each had a shot on goal that was saved by the respective keepers. Without any team to definitively take the lead, the game ended in a 1–1 tie. This was the first of the season for the Tartans, who also only have one defeat on their record so far.

The Tartans will play on their home turf on Tuesday, Oct. 4 as they take on University of Pittsburgh-Greensburg at 7 p.m.