Professors discuss the impact of the PSO strike on the university 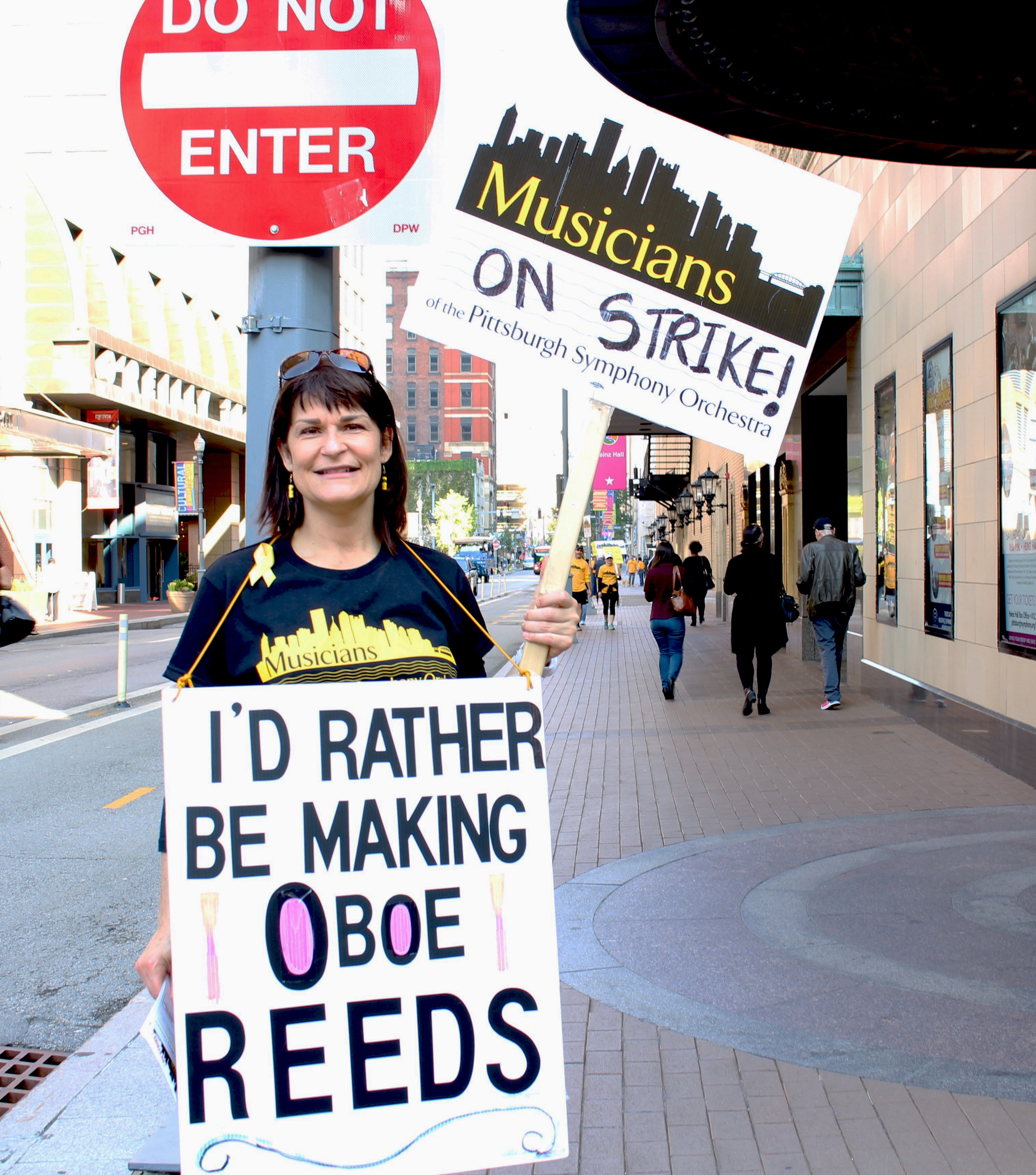 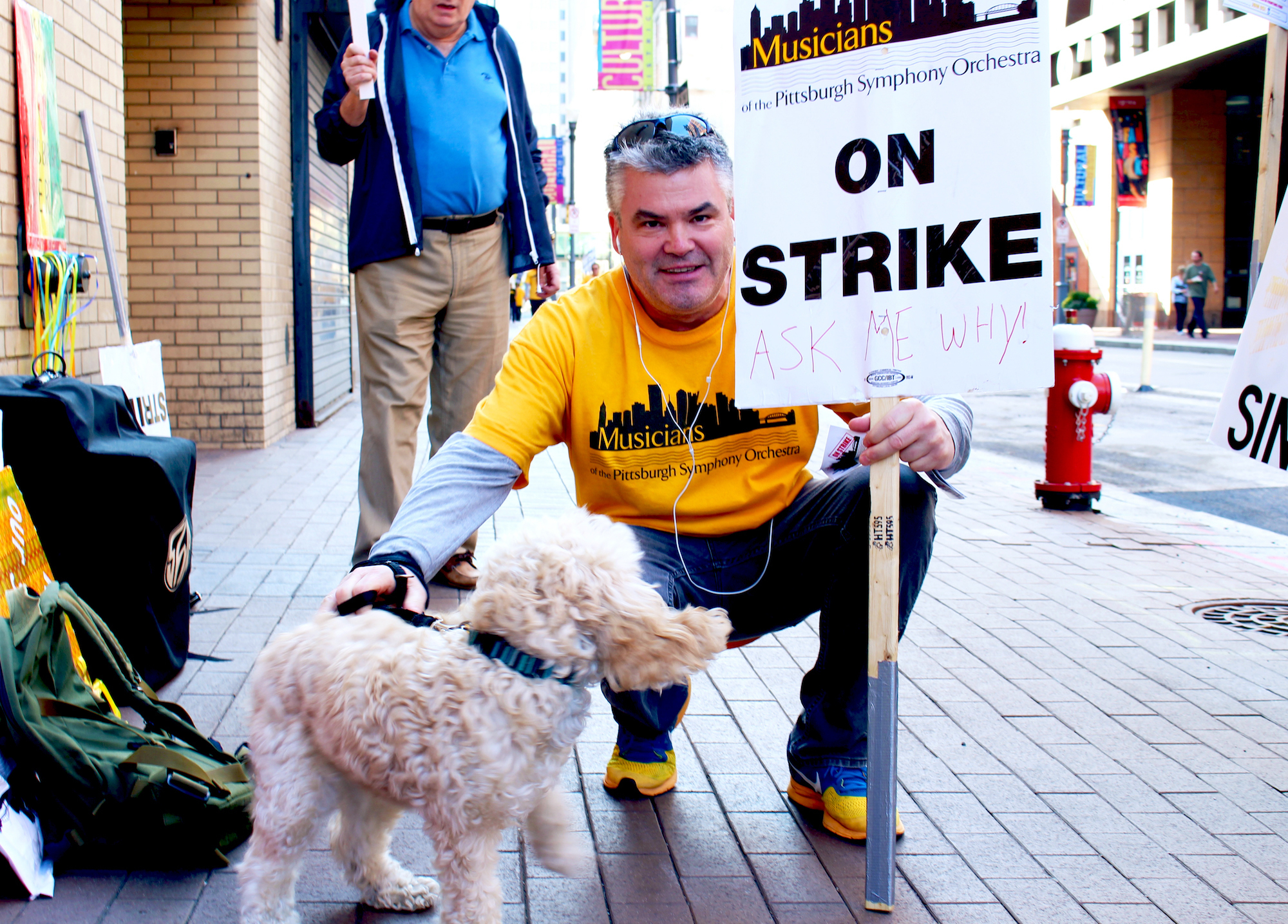 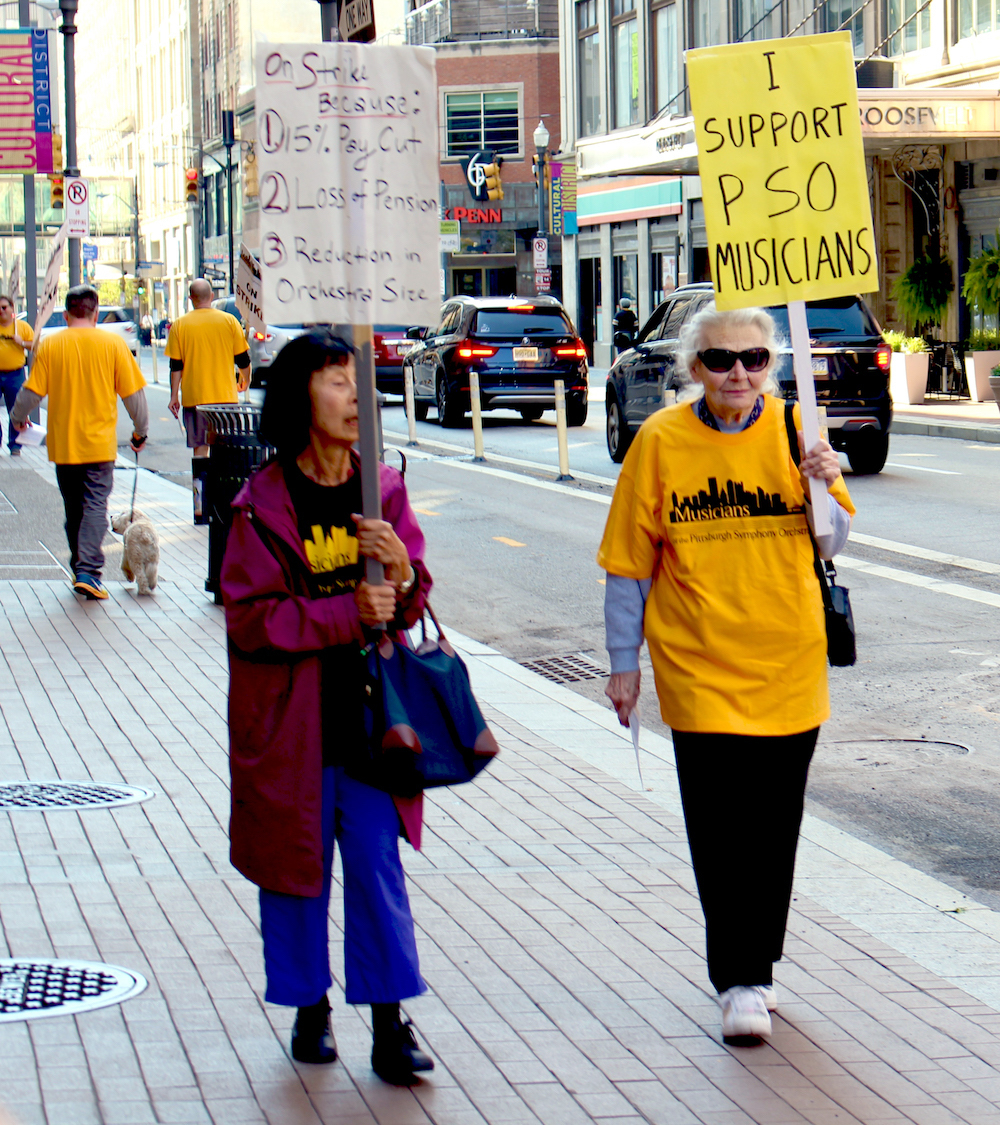 Following up on the Pittsburgh Symphony Orchestra’s (PSO) strike, as detailed last week in The Tartan, PSO musicians were picketing in front of Heinz Hall on Saturday, Oct. 15. Right now, although both sides say they are willing to sit down and negotiate, the situation is much more nuanced.

According to an interview The Tartan conducted with PSO members Zachary Smith and Carnegie Mellon professor Stephen Kostyniak, “management has said they are willing to talk with us as long as we take the cut, which is not negotiating ... the management should come back to the table and negotiate with us instead of offering ultimatums.”

Smith and Kostyniak emphasized that PSO’s fundamental reason for striking is to retain the world-class artistic excellence, as, “it’s very clear that if the management’s proposal were adopted, musicians will start to leave.” Kostyniak said that they have already lost musicians. Since the last round of pay cuts they took in 2011, they have lost five musicians; during the last couple months, they have lost another three musicians.

PSO member Howard Micah said it took them eight years and seven auditions to replace their principal flute player whom they lost before 2011 to the New York Philharmonic.

Kostyniak says the management’s numbers on their fiscal reports don’t add up. As for the new business model they are applying, the musicians “can’t find an example where their business model succeeds,” and “anybody who succeeded in the arts industry knows that you can’t cut your wage to success,” Kostyniak said. According to the PSO, the board of the orchestra has repeatedly said that cutting costs further is not an option, that the symphony has a revenue problem but not an expense problem. “Yet instead of dealing with the revenue, what they are going after is the expense, at the expense of the quality of the orchestra,” Kostyniak said.

The PSO runs as efficiently as any other orchestra in the country. The symphony in Cleveland has an annual budget of $50 million, while the PSO has only $33 million. Since Pittsburgh has a larger pupulation and stronger economy than Cleveland and Cincinnati, Kostyniak believes “it’s not a matter of it can’t be done or the money is not put there ... What are Cleveland and Cincinnati able to do that Pittsburgh is not able to do?”

According to an interview The Tartan conducted with Melia Tourangeau, the President and CEO of the PSO, management just wants to work together with the musicians to ensure the preservation of the music. “We hope to return to negotiations with them as soon as possible,” said Tourangeau. According to the PSO, although the musicians are worrying that this cut will move the orchestra from being in the top ten in the nation, the orchestra will still be in the top 15. Also, while the first year of their proposed three-year contract calls for a 15 percent salary reduction, in the second year, pay would rise by two percent and in the third year pay would rise by three percent.

Tourangeau states, “We are facing a financial crisis, a $20.4 million hole that must be addressed. We need to meet this challenge head-on to help ensure that the Pittsburgh Symphony Orchestra is here for generations to come.” She said that “the Board of Trustees of the Pittsburgh Symphony and our management team is committed to the future of the symphony and to preserving the livelihoods of our musicians ... We want to work together to ensure the preservation of the music.”

As for the strike, Tourangeau said “while the musicians may feel that they are striking against management, they are, in reality, depriving the community of the full orchestral experience at Heinz Hall.” While the past strike of the Minnesota was a lockout by the management, “this is a strike by the performers.” According to her, the performers receive a base salary, but two-thirds of the performers receive more than this. The top performers are very well compensated. “If they leave the orchestra, it is their own personal choice but it is not for financial reasons that we, management, control ... And if they leave we offer competitive enough salaries that equally talented performers will be happy to fill their spots,” Tourangeau said.

Tourangeau said that “most of the performers have not had experience with the business side and that is why we exist to do what we do and ensure that the music can keep going ... it’s disheartening when [the performers] don’t want to work with us. We all want the same things. We all care deeply about the music. I wouldn’t be in this field if I didn’t.”

As for the figures posted on the musicians’ websites calling into question the fiscal decisions and facts from the management, Tourangeau responds by saying that “Their figures reflect an incomplete understanding of the challenges we face. In some instances, it seems that they are only choosing points that appear to support their view ... Their interpretation is inaccurate.”

Tourangeau also said that “we want to add new spaces on organizational and board committees for performers from across the orchestra; we want them to be a part of the discussion about the future of the orchestra and the specific fiscal and management strategy. Performers have been on the steering committees of all the orchestras I have managed.”

Carnegie Mellon University is closely connected with the PSO. According to the Dean of the School of Music Denis Colwell, the connection goes all the way back to the beginning of the school. In fact, Carnegie Mellon University’s School of Music was started with some of the members of the symphony, with the hope that students could be trained to play in the PSO. Nowadays, the School of Music has the talented performers of the PSO teach studio lessons to students and still benefits from being close to such a world-class orchestra.

As for the possible effects that the strike will have on the universities that are closely connected with the orchestra, Kostyniak believes that if great musicians leave for other symphonies, then it is possible that Carnegie Mellon University, as well as Duquesne University, will lose many great teachers, which could harm the universities’ music reputation and cause students to go elsewhere.

Concerning music education, Tourangeau tells us that performers need to learn how to engage their audience, to be exuding the energy and passion of the orchestra in and out of the performance hall. According to her, the ability to work with people is crucial for being an orchestral performer. She also mentions that “this is something the PSO performers are very good at and the best of any orchestra I have worked with.”

As for the music education at Carnegie Mellon, Colwell noted that “we teach our students; we certainly use the symphony orchestra as a training vehicle, such as our Carnegie Mellon Philharmonic, but the net result for most students is not going to be playing at PSO. What we are trying to do is to make them music artists of the highest order and one of the components of that training is the symphony orchestra repertoire. The bases of the education here are that we are trying to train them for the real world, as music artists to find your way, invent your path going forward and I think Carnegie Mellon is very good at this.”

Colwell also mentions his belief that “Beethoven still talks to people, still talks meaningfully, still has power.” However, when it comes to economic problems, how can you reach a larger audience and monetize that? “In my world, the obvious thing is Virtual Reality,” Colwell said. Colwell looks into the future where someone can try the product of an orchestra from the comfort of their own home, which might even be a better experience of art. According to him, people have already been doing that. “To take the product you are already doing and cast your net wider than that ... In my view that’s the future.”

According to Colwell, symphony orchestras are not going away. Although the market of classical music is relatively small, “there is a big enough market world-wide,” and he notes that “we are confident that the art is going to continue well-past our lifetime. That I think without a doubt.”