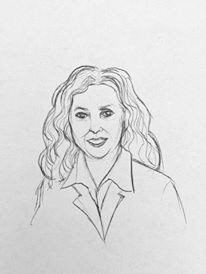 Frustrated Democrats have brought a laundry list of complaints against Democratic National Committee (DNC) Chairwoman Debbie Wasserman-Schultz for her conduct as Chairwoman since 2011. And recently, these frustrations have boiled over into the call for her resignation as chairwoman of the DNC. The allegations brought against her reflect not only the possibility that she is personally biased towards Hillary Clinton, but also her failure to unite and lead the Democratic party.
Prior to the firestorm that began to rage surrounding the 2016 primaries, Wasserman-Schultz received heavy criticism for leading the democrats to two consecutive, significant congressional losses. In 2012, Democrats managed to hang on to the majority in the Senate, but maintained the minority in the House. With the loss of both the House and the Senate in 2014, however, Democrat progress has been held at a standstill. President Obama cannot pass meaningful progressive change without the help of Congress; he can only continue to threaten veto against the progress that has already been made. Wasserman-Schultz’s leadership has let down the party.
Since 2014, there have been serious claims asserting that she has exhibited an inappropriate level of favoritism toward the Clinton campaign. Many progressives cite that Wasserman-Schultz only scheduled six sanctioned debates leading up to the primaries (half of which were aired on Saturday nights and conflicted with NFL games) compared to 2008’s much larger 26 debates. There are claims that this confusing change was made in order to protect Clinton from the possibility of loss, and so that, even if she did lose, there wouldn’t be enough people watching to notice. These claims have been rejected by the DNC.
This decision also puts the entire Democratic party at a disadvantage when compared to the Republican debate schedule. Their debates are held during primetime spots on large networks. The Republican candidates have been getting more publicity, and not just because they say outrageous things, but because the DNC is simply not supporting its candidates.
Additionally, there is the misconduct surrounding Bernie Sanders’ staffers illegally accessing the Clinton campaign’s polling information. The DNC shut off the Sanders campaign’s access to the NGP VAN after a data breach in which the Sanders campaign’s data director accessed and possibly downloaded proprietary Clinton campaign polling files, which are private information. The Sanders campaign defends that this was not planned or sanctioned, but was due to a malfunction in NGP VAN’s systems. The campaign alerted the DNC to the security issue, and promptly fired the staffer. Yet before investigating these claims, the DNC’s response was to suspend Sanders’ access to the committee’s voter database. This affected his campaign to the tune of six figures in potential donations lost.
While the Sanders campaign is responsible for the conduct of its workers, Wasserman-Schultz and the DNC are also responsible for upholding the contract. According to Salon, the contract requires a written notice for suspension from the voter database, plus a 10-day grace period in order for the campaign to right its wrongs, which it did immediately. The suspension, without regard for this contract, unnecessarily deprived Sanders’ run for the Democratic ticket of millions in funds, giving Hillary an undeserved edge.
Even if these two allegations do not stand up under investigation, there is the simple fact that a large faction of the voter base does not trust her. Having lost this support, she cannot function as an effective leader and will never be able to unite the Democratic party.
In an election year that means so much for the future of America, the DNC needs to stand together behind a set of common goals in order to protect the country from a right-wing reign of terror. Debbie Wasserman-Schultz is not the chairperson who can lead Democrats to a White House victory in 2016, and by standing her ground and fueling the flames of infighting, she is doing her party more harm than good.