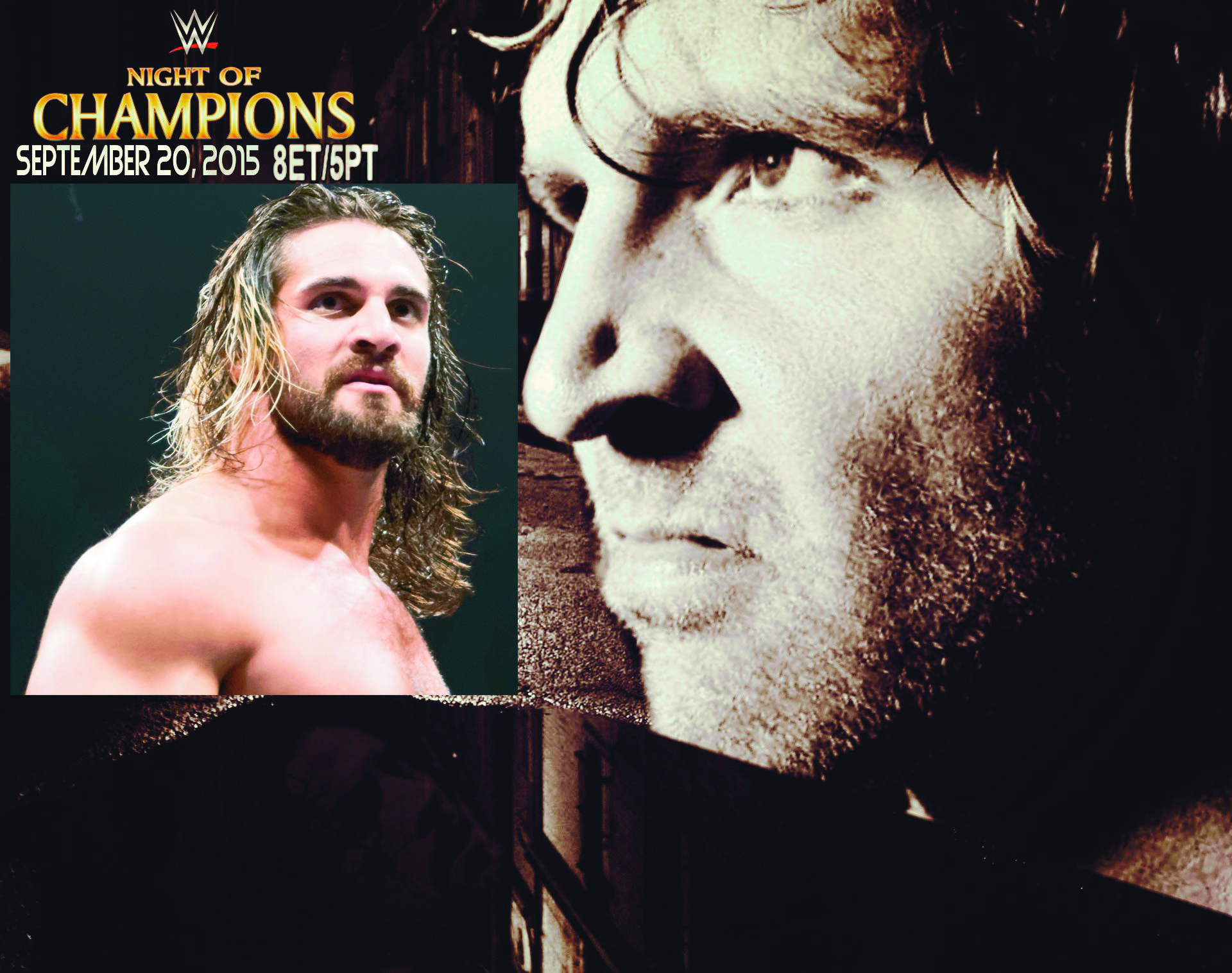 As soon as the official theme song for this year’s WWE “Night of Champions” kicked off, I knew I was in for a wild ride. The show’s champions and challengers were introduced in a rapid-fire montage as a chorus of—you guessed it—CFO$’s “Night of Gold” blared in the background. On top of that were voice-overs, proclaiming that what I was about to watch was a “night of opportunity,” “promise,” and “change.” Such a melodramatic high bar would be hard to reach, or so I thought.

But the intro wasn’t lying on two crucial points. First, since this was my first time ever watching professional wrestling, I would in fact “see what a wrestler looks like” — in all his (and, in one case, her) exciting, theatrical glory. I would also “learn that respect is earned, not given,” because the totally absurd world of wrestling was about to earn my begrudging respect.

The premise of the “Night of Champions” was that everyone’s big, shiny championship belt was on the line. The greats had to defend their titles or go home dethroned and empty-handed. This was an alluring gimmick, though I’ll admit that I had no way of telling how “great” these contenders actually were. I’d heard of Sting, because he’s older than my father and looks like he belongs in an 80’s glam metal band. I’d heard of John Cena because he’s a meme. The others, well, most of them were large men in tights who were really good at tackling other large men in tights.

The first match in the lineup was for the Intercontinental Championship. Ryback was the incumbent, a large man in a leotard with the catch phrase (“Feed me more!”) who matched up exactly with every pro-wrestler stereotype ever. His opponent was rising star Kevin Owens, who looked more like some guy you’d see at the gym. Owens was, incidentally, one of the few men not in package-hugging outerwear. It was an interesting twist on the “every man” shtick to have Owens also play the arrogant, entitled jerk. Owens slammed Ryback in the shoulder early on, then pinpointed his attacks on that “injury” until he won the belt and got to be smug about it.

Next up was an episode in what I understood to be a long-standing feud between playboy Dolph Ziggler and Bulgarian romantic Rusev. Everyone knows wrestling is fake, but I’d never have guessed until this point how bad some of the acting would be. This fight was classic soap opera. Ziggler showed up with Rusev’s ex-girlfriend ironed onto his crotch. Rusev stormed in, ready to avenge his stolen love and armed with an anti-American rant for the audience to boo at. He was trailed by new girlfriend Summer Rae — for moral support, I guessed, until she ended up deciding the match. At a pivotal moment, Summer passionately (read: melodramatically) flung herself into the ring. After being kicked out, she tossed her high heeled shoe at the referee. It missed, hit her beloved Rusev, and Ziggler was able to pin him. As she sat, shoeless, on the sidelines, gaping like a red-lipsticked fish, I could only laugh.

The next match — the Tag Team Championship — was not as exciting, but just as bizarre. The Dudley Boyz were the codependent hunter cousins you never had and never wanted. The New Day reminded me of that one guy in Greenwich Village who really wants to give you his EP. They came complete with a hashtag (#SaveTheTables), namedropping (Bill Nye signed some petition of theirs?), and an actual trumpet; the latter was tooted in rhythm to blows landed on one of the “Boyz.” New Day retained their title by disqualification, though I’m unsure where that disqualification came from. All I know is that the Dudleys had the last word and threw one of the Days through a table. Apparently, that’s their thing.

I perked up a bit for the Divas Championship. The single women’s match of the night was for a pink butterfly belt that would’ve been perfect for Wrestler Barbie. It pinned Charlotte, a legacy to her wrestler daddy, Ric Flair, and his throne, against Nikki Bella, bad b-word about to break the record for longest-reigning Diva champion ever. I was naturally put off, and unsurprised, by the women’s loose hair, perfect makeup, and nearly identical crop-top/booty-short combos. The men did seem to have more choice in the tight clothes department. This match may have been my favorite of the night. These girls are undoubtedly real athletes, using all the same fancy moves as the dudes (though with a bit more gratuitous bodily contortion). Charlotte injured her knee at the start, and Nikki took such heavy advantage of this that I was actually buying that Charlotte was in pain. But Charlotte persevered, besting Nikki in a power flip that shocked even me. Charlotte’s proud father joined her in the ring, both in happy tears, and again I believed it. It was honestly a nice moment.

By now I was getting tired of the whole spectacle, so I won’t go much into the pre-finale fight between the Wyatt Family and Roman Reigns, Dean Ambrose, and Chris Jericho. I couldn’t tell you who was who, or what happened, just that several of them had pseudo-horror opening sequences with soundbites such as “It’s okay to be afraid — I am your destruction.”

Finally, it was time for the finale: wrestling’s latest big-shot Seth Rollins (relatively normal-sized, resembles Tarzan) forced to defend both of his titles. However, Rollins needed to be knocked down a few pegs. First, he and John Cena (think “state college football player with a heart of gold”) went head-to-head in a rematch for the United States Championship. They threw each other around and laid on the ground breathing heavily a lot. It went on for a while, but John Cena eventually won, which I felt was appropriate to his meme-ness.

Rollins was pretty beat up, and was generally having a bad night, so he tried to walk off with his remaining belt. But “Good Guy” John Cena intercepted. Enter Sting, the wrestling legend who really seems like he should be a member of Kiss. Stone-faced, Sting said not a word as he tossed rag-doll Rollins around the ring for so long that it started to get boring. But lo and behold, Rollins staged his comeback, throwing Sting full-force through the announcers’ table (possibly actually injuring him, I hear). Sting rallied, but Rollins was soon victorious. You go, Tarzan, I thought. Live your moment.

And then a punk leprechaun and some dude in a Hannibal mask stormed the ring with a golden briefcase and I got really lost.

The “Night of Champions” hasn’t converted me into a wrestling fan. Still, anyone who watches this carefully plotted, violent, ridiculous spectacle of a thing cannot deny that it’s art and sport. It’s also something else on its own. Something that I cannot, for the life of me, name.